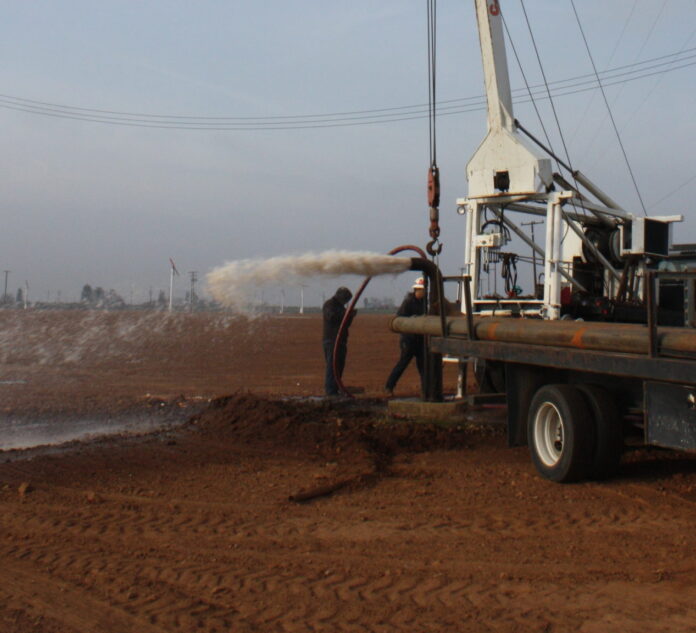 The Greater Kaweah Groundwater Sustainability Agency held its Monday, September 14, 2020 board of directors meeting at 1:00pm. It was a GoToMeeting deal. Chairman Don Mills called the meeting with roll call. There were no public comments. GKGSA Executive Director Eric Osterling gave the correspondence and announcements report. The auditor who has been working for the agency is willing to continue working this year. There is a five year in a row limit. The firm has to be approved by the County of Tulare and this firm is. I didn’t hear the firm’s name.

Osterling said he got a call about the Public Policy Institute of California’s upcoming webinar showing more folks going dry than originally expected. The board approved the minutes of last month’s meeting.

The next item was an update on the Prop 218 election efforts. Proposition 218 is the law that allows a special district to assess (tax?) to gain funding. Matt Klinchuch, Provost & Pritchard Engineering gave a report. Prop 218 requires an engineer’s report to justify the amount proposed. It looks like until 2029 any parcel larger than five acres will be asked to contribute a maximum of $10 per acre assessment. A good deal of the money raised will finance the implementation of the Groundwater Sustainability Plan. It looks like about $2 million per year will be needed for the next 10-years anyway. Now remember, the packet wasn’t included with the agenda as available for a download. So I’m looking at shared

slides on the GoToMeeting page. You can make the images bigger and smaller but you can’t make them wait until you blow them up to a readable size and read them. Osterling added there could be years like this when the agency comes in under budget and the saved money can be carried over to the next year. There are portions of GKGSA with blocks that don’t avail themselves to assessment. One is an almost 500-acre, just 140-acres shy of a square mile owned by High Speed Rail. The City of Visalia has a park out east of town from what I could gather. Visalia is part of the Mid Kaweah GSA, so I don’t know how that’s going to work in matters beyond a 218 election. There was a proposal floating to reduce the acreage to four acres as a minimum assessment. Someone spoke out about how that might provoke opposition from small landowners and cause an extra bookkeeping effort for very little monetary return. Someone else said they live on five acre parcel but the county records show it as a 4.7 acres parcel due to road right of way being deducted. Evidently Tulare County has a land use rule that differentiates between parcels larger than five acres and smaller.

The 218 plan was compared to neighboring GSAs and it is on par. There is a scenario presented where members and member agencies can be reimbursed due to grant money coming in; effectively giving landowners a break in 2024 and 2025. They wouldn’t have to pay anything. Unless another project comes up that changes the balance.

Next Osterling presented the option of executing a consultant services agreement with the Kings River Conservation District for Prop218 election outreach. KRCD’s Cristal Tufenkjian, it was pointed out, will be the contact. That steadied some nerves and the board agreed to the contract. Bless his heart, Osterling’s audio was pretty sketchy and if he announced how much the amount was I couldn’t hear it.

After the GSP was submitted to DWR another comment session opened. The GSAs and sub basins are under no obligation to reply since they replied to the comments from the drafts posted before submission to DWR. DWR will accept but one GSP per sub basin. The Kaweah Sub Basin has three GSAs which pooled together and they all decided to hold off on comments.

Osterling reported there are two monitoring wells withing the Kaweah Delta Water Conservation District that have gone dry and replacements will have to be found. He also said he serves as the point of contact for the Kaweah Sub Basin. He’s been working with Provost & Pritchard on monitoring data because GEI Engineering has been relieved of those duties. There was a problem opening GEI’s files and portions were missing. The original agreement called for GEI to maintain the data system and expand upon it. GEI was told to not submit any expansion plans. GEI wants to charge for the maintenance in 2021. There will be meetings about this and Osterling said don’t be surprised to see more bills from GEI in the future. Wow.

There is a California Department of Conservation Watershed Coordinator Grant and both the San Joaquin Valley Water Blueprint and the Delta View Water Association haver sent letters of support and the board sounded like it liked the idea as well; provided the Coordinator’s duties are in step with the local goals.

The Prop 68 planning grant was next. GKSA is looking to get a water market developed and has sent out an RFP. The agency is working with Fresno State if I understood correctly. Sky Tem info has been given to Stanford University and the Kings Sub Basin will undergo flights but there is some questions about the great deal of smoke interfering with the flights.

show what’s happening with groundwater infiltration. He and KDWCD’s Engineer Larry Dotson have been talking with UCR about this data. Finding the best location for a specialized monitoring station has been a minor challenge. There are many criteria that must be met dealing with structures, wind and land use. It sounded like the only location suitable would be in the Woodlake area which doesn’t help the westside any. I think they were talking about a CIMIS Station to measure evapotranspiration. There’s a new mousetrap waiting to be built.

Osterling reported committees have gone to a quarterly schedule and will be meeting this month. Also, the Rural Communities Committee and Stakeholder Committee will be meeting together which helps the staff a great deal. That was that but for closed session.

ALL RIGHTS RESERVED.  Copyright 2020 by WaterWrights.ne/DAW