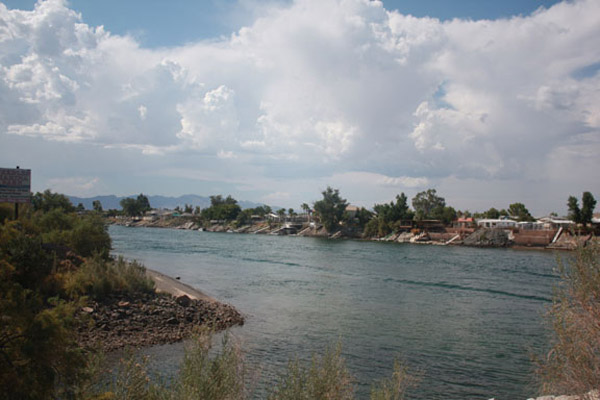 The Greater Kaweah Groundwater Sustainability Agency Stakeholder Committee met on Wednesday, March 7, 2018 at the Farmersville headquarters of the Kaweah Delta Water Conservation District. This morning’s drive was interesting. Not only did Jeff Sessions sue California, it appears Texas stayed red and I saw five Highway Patrol cars driving from Clovis to Visalia. I can drive to Bakersfield five times a month and not see a cop. So, today was as I said interesting. With five of them tied up in such a short space it was probably safe to not get popped for talking on a cell phone without a helmet.

Alternate Chairman Don Mills called the meeting a bit after 10:00 am, the minutes were approved and there were no public comments. Acting Manager Mark Larsen announced the Kaweah Sub Basin has received the $1.5 million Prop One Groundwater Sustainability Plan funding. The money gets split three ways between the GSAs in the sub basin. Further funding could likely be a 218-Election next year. The assessments kick in with the implementation. Mills said as painful as a 218-Election can be it’s cheaper than letting the State Board take over so that will be a good selling point. James Silva asked how to approach the urban areas such as Farmersville with these cost increases. Exeter is planning a new subdivision and how will that be financed to include SGMA costs? The bigger cities such as Visalia can absorb the impact when a poorer, smaller town like Woodlake can’t hand a hit of doubling the household costs of water.

Larsen said Michelle Ricker of GEI will be the person to help the GKGSA with coordination. Larry Rodriguez, GEI will oversee all three GSA’s coordination as a sub basin. Larsen told the committee the GKGSA board has started a search for a permanent manager. I asked about the hours, but it turns out it won’t be a fit for me. I was however told blood pressure pills and a Kevlar vest are provided.

Ricker filled the committee in on what’s happing with the development of the coordination and GSP efforts. She said the East Kaweah GSA needs to get more data together. Matt Klinchuch of Provost & Pritchard Engineers is working with Michael Hagman, GM Lindmore ID to provide this needed data. Mills asked what other help Greater Kaweah could give to East Kaweah. Ricker said more well information would be helpful. Mills said he’d like to see this elimination of this data gap sped up considerably.

Larsen was looking for the computer mouse so he could show the committee some of the work Tulare ID conducted with an electro magnetic device suspended from a helicopter provided by Stanford University. This produces imaging that shows the underground conditions. For a mere $400,000 the study can be expanded to cover all three of the GSAs except for the urban areas. (Anyway, Larsen couldn’t find the mouse even though it was right in front of him. Mills advised him not to worry this type of situation come along less and less as one ages.) Stanford and the possibly DWR will pay for parts of this leaving the GSAs to split the remaining $150,000. Larsen said the Greater Kaweah is very interested in pursuing this and there is also interest from the other GSAs. There is also information to be gleaned from evapotranspiration. GEI estimated getting the ET up to date within the Kaweah Sub Basin by satellite will cost $40,000 and everyone agreed this is a good price.

In GSAs all over the Valley one of the biggest questions is how to account for channel lose. Unlined canals and streams contribute to recharging groundwater. Of course, in the world of water terms can be confusing to the point of sounding like counter intuitive language. What is a loss to those bringing in surface water is a gain to recharge to the groundwater. Larsen handed out a very good summary showing the four methods that could be considered:

The reason this is such a big deal is the unfortunate, unintended consequences of triggering lawsuits. Larsen added this allocation of loss can’t be based on just theoretical ideas. The data of how much water is represented by these methods need to be determined. I don’t see a scenario where everyone is happy, happy, joy, joy – there could be a combination of methods based on actual data and this could work out. Ricker said 90 percent of the GKGSA’s GSP data is available if I understood correctly. But there are the variables as Larsen pointed out and Ricker said it is easier to combine all three GSAs and then sort them out. This could produce areas within the sub basin that can be subject to special management. Mills said his home district – Lakeside Irrigation Water District – is looking into becoming just such a special management area.

Next Larsen said there are landowners in the southwest portion of the GKGSA requesting boundary changes. There are well fields in the area moving water to the west and the idea of including this land in the neighboring El Rico GSA. Blake Mauritson asked if this is going through the technical committee. Mills said it will but to remember those well fields have been there for 50-60 years and no one has raised a stink before. He said the cities are also using less water and starting to pump less per acre. There is lots of stuff to look at. There will be a tech advisory committee meeting this Friday at 1:30 pm to discuss this. This stakeholder meeting will be held again next May 9th at 10:00 am. And that was that.