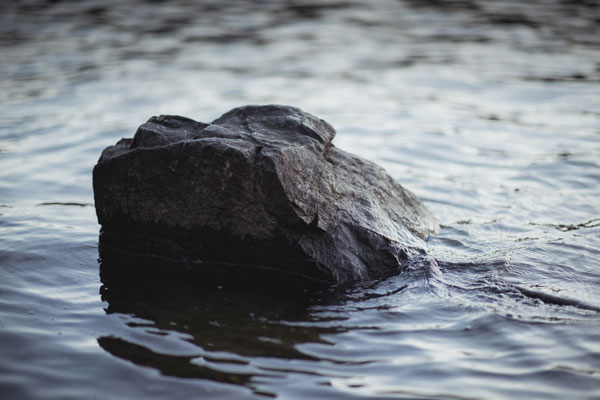 The Groundwater Planning Commission of the Lower Tule River/Pixley Irrigation Districts meeting was held at Lower Tule River Irrigation District headquarters in Tipton on Tuesday, March 26, 2019. I have a butt load of My Job Depends on Ag yard signs rattling around the back of my Saturn Vue. You can’t purchase these signs at Walmart for any price. But I got them for free and I want to pass the savings along to you. If you see me out and about let me know and I’ll give you a MJDOA yard sign. I’m running out of the wire frames but they are robust signs. I’ve had one nailed to the fence by my gate for more than a year and a half and it hasn’t cracked or faded.

LTRID General Manager Eric Limas called the meeting to order a little after 10:00 am. The item was a review of the Tule Basin MOU. Four Creeks Engineering CEO Dave DeGroot showed an Excel spread sheet showing the evapotranspiration of several of the areas in within the sub basin. Pixley ID’s ET rates have been falling for more than a decade. Why? That’s a good question; it could be change in crops and irrigation methods and perhaps some other as yet to be defined factor.

Dan Vink, Executive Director of the South Valley Water Association pointed out the overdraft started kicking in about 1991, or more accurately the trend began in the early 1990s. DeGroot said hydrogeologist Thomas Harder has far more detailed data sets on the variabilities impacting ET and those charts are almost ready. Limas had a chart that indicated if LTRID’s ET can drop to 2.01 and PIT’s ET drop to .85 their groundwater pumping will be sustainable – if I understood him correctly. Limas also compared the ET to the well level averages. There are a ton of different data points and another ton of ways to factor them in. LTRID has had a big drop in groundwater levels since about 2005. Lower Tule and Pixley are very involved in recharge.

Attorney Alex Peltzer showed up to talk about the unpleasant topic of land retirement. Limas said there needs to be about 22,000 acres retired to reach sustainability between now and 2040. The idea is to retire 5,000 acres each of the four five-year GSP periods. Vink said most places say retiring land is a very bad idea. However, the Lower Tule/Pixley area doesn’t have that luxury. He said you have to prioritize what you want to retire. What qualities should the retired land possess? Is there a way to retire land in a way to retain the local viability? The idea isn’t to simply take land out of production and let the buffalo chips fall where they may.

Peltzer said one of the tools to reach sustainability is land retirement but it must be accomplished in conjunction with the water agencies and GSAs. He said there are down sides such as dust and invasive weeds and critters. He said one option is strategic habitat conservation. This is arid upland habitat that don’t require water resources other than the naturally occurring rain. There is grant money available. He outlined how a land trust works and how this could benefit the area. Federal and state agencies have a full plate so the trend is to get a nonprofit to act as the lead agency. Of course this entity needs to be working with the folks in the area and neither neopagan tree huggers nor greedy corporate enviros. A land trust can be formed by the local righteous members of the community. There are specific obligations a land trust must meet but there is no reason the right land trust wouldn’t help ensure the best benefits all around.

As one might expect this concept elicited a good deal of interest. We’ve all seen the unintended consequences of legislation like SGMA. How many solar farms can be viable? I don’t know but we can’t just continually plow under weeds or let them grow unchecked. Peltzer had a power point on the big screen and so many folks were trying to photograph the text a printout was made available. I intend to scan the four page document and post it providing there are no copyright problems. The document gives an overview of what a land trust is, how it is formed and what it will have to do to stay in business. Funding is an issue. The district or GSA can fund the land trust by purchasing groundwater that can be utilized without jeopardizing safe yield. And there are grants out there as well. Director Joey Airosa said there are more folks from the Bay Area who are interested in saving both habitat

and agriculture who might be worth talking with. Caroline Combs was present and said this is a great idea and there are local experts willing to help. She was very involved in forming the Sequoia Land Trust and the Tulare Basin Wildlife Land Trust – think they are called.

I was curious about the corridor nature of habitat. I think having a corridor is nice if you can get one. But the reality is there may not be enough suitable land in a contiguous layout. That no longer is a big obstacle to forming habitat. Combs said this can be taken into account during the strategic planning phase.

Peltzer said there have been many politicians asking about the economic impact of SGMA and land retirement. Airosa said that is one of the biggest question landowners have too. Peltzer showed a step by step guide to forming a land trust and asked those able to pass this along to the PID board.

Limas next started talking about minimum thresholds. One grower asked about non-pumping subsidence – there is elastic and nonelastic subsidence. There are also other natural causes of subsidence that has nothing to do with

groundwater pumping. There is information about this on the USGS website. This led to Limas saying by the end of May/early June there should be a public draft released for a 90-day review. Now, they say here at this meeting the 90-public review is required by SGMA which contradicts what I was told somewhere else. I’ve read SGMA but I’ve retained very little of it. More pressure on Tom Harder to get this data compiled and interpreted. Geoff Vandenheuvel said other GSAs have been developing minimum thresholds by taking the past 15-years’ groundwater level trajectory and projecting it out to 2040 under the theory this would be what would have happened without SGMA. DeGroot said the Tule Sub Basin has the extra burden of being the home of the Friant Kern Canal kink. Limas said each area should have a hydrograph developed by modeling and that will help determine the minimum threshold. DeGroot said this will help

determine projections such as which wells will go dry at different minimum thresholds. That knowledge will help get an overview on how to best weigh the consequences. Limas said DWR is well aware the GSPs won’t be fully developed by this coming January but they must be completed plans. All the points must be touched on otherwise DWR must kick it up to the State Board. The conventional wisdom is DWR doesn’t want to manage any GSA but the State Board is licking its chops. Whether or not that is accurate – that is the impression I’m gathering from most of the GSAs. There is a fear of the State Board and that is a down right un-American shame. Government should fear the people to operate properly. When those roles become reversed we lose freedom. Despite what some folks say I don’t believe one single American serviceman or woman ever gave their lives for peace – they sacrificed for freedom.

Back to the meeting; Vink said The Nature Conservancy no longer wants to hold land for more than a temporary

basis. The TNC is a conduit to funding. It was said it has a cushy relationship with the US Bureau of Reclamation and other government entities. The trick is to get the right folks on the land trust board. Vink said it’s an urban legend that having a habitat next to your farm threatens your ability to farm. If an endangered species walks across the street and builds a nest in your orchard to bad for it. You can still farm. Good to know. Another consideration is who is hired as the biologist. You don’t want a radical. Also mitigation for land use in the Bay Area could be a great source of funding. Limas said that was that and the next meeting will be April 23rd at 10:00am.