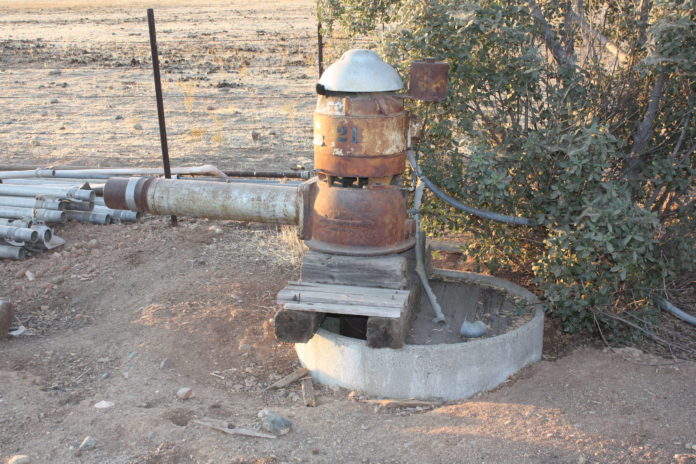 The Fresno Irrigation District celebrated its 100th birthday today with a webinar. A barbeque with music and dancing into the wee hours might have been planned but instead there was a half-hour webinar, thank you coronavirus. In case you missed the 11:00 to 11:30am presentation go here: https://www.fresnoirrigation.com/centennial-video The staff at FID and Jeff Aiello of 18THIRTY Entertainment put together a popping nine minutes of history and information – really a superb production. Several, I don’t know, guest stars? like Randal J. McFarlan, Kassy Chauhan and Gerry Serrato joined the cast to offer insight into how the district came to be and what it does.

General Manager Bill Stretch and Board Chairman Ryan Jacobsen began the webinar by emphasizing the district’s commitment to its clients and employees. FID partners with the Cities of Fresno and Clovis as well as the Fresno Metropolitan Flood Control District in ways that impact virtually everyone who lives in the Fresno/Clovis area. Almost every drop of surface water used by anyone living in FID has traveled through the more than three hundred miles of canals and pipelines built and maintained by the district since the 1880s.

Even if you don’t live in FID I highly recommend you watch this video. It’s short enough to get through without derailing your schedule and I believe it has set the bar for water district video production values.

Another video making the rounds is a product of the recent Public Policy Institute of California’s webinar review of various San Joaquin Valley Groundwater Sustainability Plans.

The hour long video was recorded live during the May 21st event. You can also read about it here: https://waterwrights.net/2020/05/21/ppic-review-of-gsps-may-21- 2020/  and watch it here: https://www.youtube.com/watch?time_continue=16&v=bLZ1K2EiNMQ&feature=emb_logo I’ve been hearing a few comments about the analysis. None of it unflattering but not quite a full endorsement. PPIC has exhibited a consistent willingness to work with the Valley ag water community. But they are located in San Francisco.

You all remember the uproar around the campfire when it was discovered the salsa was made in New York City!!!? Well, opinions originating in San Francisco can often evoke the same incredulous response. That’s not PPIC’s fault. Way before PPIC was established in 1994 daily newspapers had been reduced from multiple, competing publications to usually

one per urban center. Once in a while the San Francisco Chronicle would come to town and write a condescending feature story about what a bumpkin’s outhouse Fresno was. That would fire up the local elected officials and civic leaders to denounce the Chronicle’s subjective findings. As if on cue the Fresno Bee would print a “What’s the matter? The truth hurts?” editorial in support of the Chronicle’s story and have a local columnist scold the parochial populous for not sharing the Bay Area periodical’s calloused-sophisticate view of the old hometown. And of course a lot of the air pollution the Valley has is wafted in from the Bay Area by offshore breezes.

I confess to sharing a somewhat jaundiced view of most stuff coming out of “Frisco”. But I’ve warmed to the PPIC. I’ve witnessed firsthand senior fellow and Director of Water Policy Ellen Hanak come to the Valley to present some very scary findings of what SGMA could do. This got some wheels turning and as a result the San Joaquin Valley Water Blueprint is addressing ways to mitigate the negative economic and social damage before it’s too late.

Another thing PPIC does that I love; they go beyond the easy task of identifying the problem and at least present some possible solutions. In a world where NGOs infused with social justice warriors point out flaws, foibles and follies while radiating self-righteous condemnation like mid-day July sunshine in the northern latitudes it is refreshing to see solutions being offered. And not at the tip of lawsuit spear.

There I’ve tortured the language enough and can now get to the point. Some of the analysis offered by Hanak and her research colleague Jelena Jezdimirovic was questioned and it boiled down to this; PPIC’s preference for initiating water trading comes too early in the SGMA process. The first task of filling in the data gaps to shore up a more accurate picture of the subsurface water situation is foundational to all else. Some of the modeling estimates used in the GSPs had a plus or minus 25 percent range for errors. That would be the first thing to tighten up and that will most likely require a large investment in monitoring wells throughout the Valley. At a range of 50 percent you might as well toss a coin. Once the margin for error is revised towards a much smaller number plans can be constructed with confidence and certainly water trading is a viable option.

There have been press reports taking uninformed views of the GSAs’ efforts to protect drinking water as part of the GSPs. These reports ignore the 20-year period to achieve complete sustainability and treat any lowering of groundwater serving domestic wells as proof the deck is stacked in favor of agriculture at the expense of disadvantaged communities. Even though the water level doesn’t discriminate between a well serving a millionaire or a disadvantaged community the reports insist DACs are intentionally being harmed out of proportion to all other water users. Those making such claims aren’t waiting for better data to inform them. I don’t want to see PPIC’s excellent research used, um, let’s say inappropriately.

Without surface water recharging the aquifer everyone’s wells will go dry eventually as will the jobs and the Valley’s economy. So, I was also pleased Hanak did mention the San Joaquin Valley Water Blueprint as a resource to mitigating the challenges the Valley faces with SGMA. There are opportunities to bring more surface water into play and the Blueprint is exploring them.

Yet another webinar I can recommend is produced weekly by the WET Center at Fresno State’s Valley Ventures. Each Friday a webinar covering information useful to conducting an ag related business in the San Joaquin Valley is presented. http://valleyventures.org/eventspage/ Topics range from improving sales techniques to recognizing untapped marketing opportunities. The events are interactive with opportunities for viewers to speak with the presenters and ask questions and make contacts with other viewers.

In summation; happy 100th Fresno ID, thank you PPIC for helping shed a fresh light on a very troublesome problem and unless you already know everything there is about everything you might want to tune into Valley Ventures.