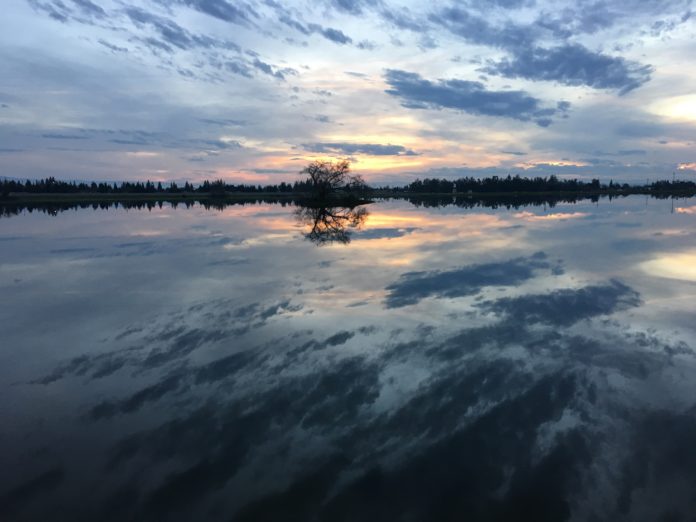 By Tad Wilkes with contributions by Parjana Staff

The patented Parjana® EGRP® technology represents an innovative approach to standing water control, using fundamental physical principles that apply to liquid water and water molecules. To address a given challenge, the system is configured with multiple EGRP® devices, which come in lengths varying between 5 and 40 feet. The devices are installed below ground and are capped to prevent the device from becoming a conduit for liquid movement. The passive design of the Parjana® EGRP® is unique and much different than traditional drainage technologies.

“Everybody’s looking for opportunities to get more water into the ground, and get it into the ground more efficiently,” says Thomas Esqueda, who currently serves as the Associate Vice President for Water and Sustainability at Fresno State. “With the implementation of the Sustainable Groundwater Management Act (SGMA) in California, the industry is working together to identify creative and innovative strategies to increase groundwater recharge to support balanced groundwater pumping. It’s impressive to see agriculture, urban, disadvantaged community, and environmental interests collaborating on groundwater recharge innovations.”

Before joining Fresno State, Esqueda was Director of Public Utilities for the City of Fresno California, when the city council approved a performance-based contract with The Water Group LLC to implement Parjana®’s innovative water infiltration technology. The current project in Fresno was initiated to evaluate the performance of the Parjana® system to increase the groundwater infiltration rate at Leaky Acres above historical infiltration rates. Leaky Acres is a groundwater recharge facility the City owns and operates to replenish the City’s groundwater aquifer to support balanced groundwater pumping

The technology has already made a nationwide difference in private and public sector stormwater runoff projects over the last several years. A 2013 pilot project at Belle Isle Park in Detroit, Parjana® was contracted to enhance infiltration on about 23 acres, in a $200,000 grant from the Michigan Economic Development Corp. Before Parjana®’s involvement, water at the park was collected in a network of separate, aging storm sewers leading to a combined sewer. This system could no longer accommodate the volume of stormwater and deliver it to the wastewater treatment plant. With Parjana®’s EGRP® system in place, tests showed an 82 percent reduction in stormwater runoff for the pilot project area.

“With the compliance requirements of SGMA, improving groundwater recharge efficiency is a high priority in the San Joaquin Valley”, Esqueda says. “If I put a gallon of water into a recharge basin, I want every molecule of that gallon to infiltrate into the ground – 100% efficiency – however, some amount of water is always lost to evaporation, so the goal is to do everything possible to reduce water losses to evaporation. We need every drop in the ground,” Esqueda says. “The City authorized the Department to evaluate the effectiveness of the Parjana® system to increase the historic infiltration rate at Leaky Acres, with the goal of reducing evaporation losses and allowing us to provide more frequent deliveries of water.”

“In addition to reducing evaporation losses, increasing the infiltration rate of a basin reduces the amount of land required to infiltrate a given amount of water. Instead of dedicating 100 acres to a recharge project, if you can get the same amount of available water into the ground with 50 acres, that reduces the land acquisition requirements and basin construction costs,” he explains.

“Over time, the water levels in the Valley have dramatically fallen. It becomes more pronounced during a drought, because you have no surface water coming into the system at all, so everyone turns to their pumps. You see a lot of dry wells in the Valley, so people drill replacement wells, and the new wells are much deeper than their previous well that failed, while that is understandable, it is not sustainable. Our goal is sustainability. So, for every gallon we extract from the aquifer, we want to infiltrate a gallon back into the aquifer, plus a little more for drought resiliency.”

“One area that has been continuing to grow is groundwater banking, in which you find an area on the Valley floor that has a unique formation where you can put a gallon in and take a gallon out,” Esqueda adds. “In a year like this year, with excess water available from rain and snow, they start filling up these banks. Then they extract the water from a bank during times of drought.”

Since Esqueda left the City for Fresno State, the Parjana® system is showing promising early results at Leaky Acres. “Water resource management will change significantly in the San Joaquin Valley and it is great to see everyone working together to find solutions,” he says.

The Parjana® EGRP® system installed at Leaky Acres so far has increased infiltration by over seven times the baseline infiltration rate. In the eight years prior to system installation, water infiltration totaled 29.82 acre-feet (9.72 million gallons). Only 10 months after installation, that increased to 69.72 acre-feet (22.72 million gallons). The system requires approximately nine to 12 months to fully acclimate (it was installed in August of last year).

Parjana® looks to expand its efforts not only throughout California and the San Joaquin Valley but also globally to promote groundwater recharge. To learn more and register for their upcoming webinar, please visit www.Parjana.com