The Kaweah Delta Water Conservation District held its Tuesday, May 7, 2019 board of directors meeting at its Farmersville headquarters. Chairman Don Mills called the meeting to order at 9:00am. During public comment engineer Dennis Keller reported engineer and Valley water savant Richard Schafer has been ill but is recovering nicely. May we all do as well as Mr. Schafer when we’re in our mid-90s. Lord bless him. The board passed the consent calendar that included the minutes and

KDWCD General Manager Mark Larsen spoke and said about the district’s investment policies and the need to update them. The ad hoc committee will meet and discuss this more before bringing back a recommendation to the board. He feels the district can get more bang from it buck.

The water report was next and Water Master Vick Hernandez said everything was mellow until yesterday when there was a notice to prepare for flood flows. DWR has declared the Kaweah River watershed’s snow pack at more than 150 percent of normal with at least 400,000 a/f of water in the form of snow. Inflow to Lake Kaweah has been very much influenced by daily temperature variations. Reservoir management is tricky mixture of foresight and alchemy. How do you release enough water to

make room for inflowing snow melt but not too much so there will be plenty later in the year? Larsen said the NASA snow survey flights have been really helpful. He went through some of the considerations and methods used. There are more flights scheduled but cloud cover has put the kibosh on one flight. Hernandez continued saying KDWCD has brought in 37,000 a/f of CVP water so far. The US Bureau of Reclamation has scheduled a spill at Friant Dam on Millerton Lake on May 18th. Kaweah Delta has an agreement with Arvin Edison WSD that allows it to use Arvin’s channel capacity and it doesn’t count against its own.

Larsen reported on Friant matters saying DWR’s Karla Nemeth told Friant Water Authority’s XO Jason Phillips Governor Gavin Newsom wants to include the Valley Blueprint in the Governor’s new water plan for the state. Director Chis Tantau is also the FWA Chairman and said it is getting traction. Some of it depends heavily on the reconsultation of the biops. Larsen said water quality on the Friant Kern Canal has always been a concern. The San Joaquin River supplies the Friant water and is amongst the highest quality on earth. The contractors want to protect that. Stantec Engineering will be conducting a modeling of the constituents and turbidity. Keller said there is very little problems from Kings and Kaweah River inputs. However, moving water from the California Aqueduct to the Friant Kern Canal via the Cross Valley Canal in Kern County or well pump-in or river water needs to be looked at. Aqueduct water has a relatively high amount of nasties from salts, boron and pharmaceuticals.

Keller reported on the Temperance Flat Project saying analysis from modeling shows the biggest issue is going to be cost. White areas could participate but it won’t be cheap. Keller mentioned a number of $1,100 per a/f not counting conveyance. Can the westside get enough supplies pumped through the Delta to complement Temp Flat participation was a questions. Keller expects the matter of Temp Flat’s viability to be decided largely by the end of the summer.

Larsen spoke about the subsidence on the FKC. He said FWA approved alternative five – the parallel canal as the preferred fix

and included maximum design capacity. The environmental documentation is also planned to be conducted full bore. It’s easier and ultimately more affordable to get the most enviro work completed upfront. The cost is estimated to be more than $350 million. Someone said there’s a tightfisted uncle named Fresno ID and some other Friant members find the taste in their mouths as too expensive as well. Tantau said the argument for state money like that proposed in SB559 is even though the local growers don’t own title to the canal they have paid for it. The FKC is completely paid for and for all practical purposes the canal is serving state lands. Good point, the water flowing down the canal belongs to the people of California and serves the economy and well being of the San Joaquin Valley – still a part of California although it feels less and less so to some.

Keller next spoke on the habitat conservation plan and a Natural Community Conservation Plan – NCCP project. If I understood correctly this type of plan is respected by both the state and the feds. It provides a “safe harbor” provision that allows an endangered species to reside on habitat but if it wanders off and gets killed it won’t count against the district. The Valley floor in this area was once a great oak forest. There are still several groves of majestic trees and in some places this can be a viable habitat. KDWCD controls some of these areas and wants to continue

to protect and maintain the habitat. Keller said there is an HCP on the campus of Redwood High School in Visalia where Mill Creek flows through the location. Mills reminded folks they haven’t been able to get safe harbor for the neighbors and it wouldn’t be right to put the neighbors at risk. So, no matter how enthusiastic Fish & Wildlife may be about things can you trust them 20-years from now? Another question, if Kaweah Delta doesn’t do an HCP will the GSAs? There will be more.

Keller then talked about the Hanna Ranch South Project saying the biological work is almost finished for permit reasons. He has an issue with Friant about running water year round. I couldn’t tell if running the FKC will hamper installing a turn out or not. Anyway, they’re moving at least 1 million cubic yards of dirt on this project digging cells.

There are sheep on Hanna Ranch and are doing a good job of maintaining weed control and the board approved a grazing lease. Next Davis Ranch and Section 9 are up for a 15-year lease and every five years there is a COLA increase that was divided up over the course of the entire lease. There is also a provision to allow passing the lease on to heirs if someone dies or such. The board approved the lease.

Eric Osterling, Executive Director Greater Kaweah GSA spoke saying the water budget, the management objectives and modeling is all going on. GKGSA has been looking at conditions since 1981 and projecting out to 2070. Inventory, numeric

modeling and a specific yield analysis were all used and Osterling said they compared pretty well. They estimate an annual overdraft of more than 77,000 a/f. They have to figure in climate change and the area’s projected growth in arriving at these figures. The three bucket accounting framework is shaping up; Native, foreign and salvaged water are the buckets. Mills asked attorney Aubrey Mauritson about the legal terrain moving forward. There is no post-SGMA case law at this time so what is a GSA to do? There is a grand total of more than 600,000 a/f that could be allocated. So that’s something to decide how to do without triggering a lawsuit. SGMA isn’t supposed to as much as touch water rights. Hydrologic zones were developed based on various common factors. Developing the Sustainable

Management Criteria is a big task. There is a new report indicating the aquifer is deeper to the west and shallower to the east than thought. That hasn’t been included in a model run yet. Osterling said the GSA wants to do more modeling but that takes a while. So, once they find out how much water can be pumped and it turns out there has to be a reduction – how fast does the reduction have to be enacted? The three GKGSA committees to look at this questions felt reducing five percent the first five-years, 25 percent the next five-years, 30 percent the next and the last five years reduce pumping by 40 percent with hopefully the GSP reduction goals completely attained. Osterling also said the GSP is coming along. He’s continuing to meet with the county to coordinate well permitting. At yesterday’s East Kaweah GSA the TAC looked at satellite ET monitoring.

The meeting then went into closed session and the next meeting is scheduled for June 4th. 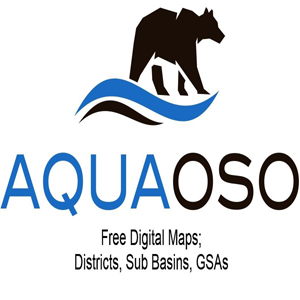 Waterwrights.net entirely at their own risk. The opinions expressed in this report are those of the author and do not represent any advertisers or third parties,