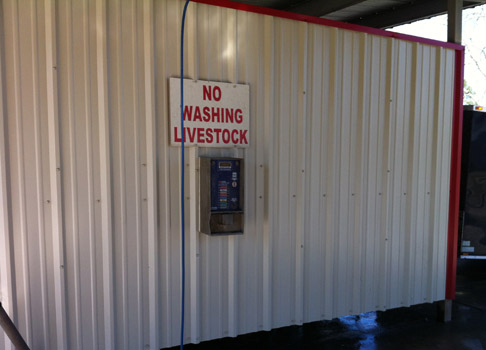 The Kern Groundwater Authority Groundwater Sustainability Area meeting was held on Wednesday, August 23, 2017 at the Kern County Administrative Building in Bakersfield. On the drive down I was wondering what favorite places are there on High Way 99? The meeting began at 8:00am with Kern County Supervisor David Couch calling it to order. The first announced was Joe MacIlvaine has retired from Wonderful Orchards and in turn from the KGA. By unanimous consent Dennis Mullins, Maricopa Wheeler Ridge Water Storage District is the new head honcho.

Patrick Mize of North Kern WSD gave the financial report as NK’s General Manager Dick Diamond is on vacation somewhere. Mize swayed the board and got approval of not only the financial reports but talked them into paying its bills as well.  The minutes were approved.

Eric Averett is the GM of Rio Bravo WSD as well as Executive Officer of KGA. His first item was a coordination agreement between KGA and the other GSAs in the Kern River sub basin. A focus on the water budget is very important. Many of the districts in this sub basin contract with the State Water Project and that will be one key in establishing a budget. There are many, many variables to bring to the table that will be up for discussion. There is a coordination group willing to tackle the issues and the first step is to define them. KGA has issued an issues list. Averett said the issues list is up for comment. He recommended the board solicit a proposal to bring in a facilitator and there is grant money available for this. The name Dave Sapos, Safos (sp?) from the Center for Collaborations has come up as an excellent candidate for this position. Attorney Valarie Kincaid was tasked with sending the issues to the various legal types involved. This may take a while and Averett said there was good feedback and he expects bringing the facilitator on to gather the low hanging fruit to get things rolling will set the stage for more meaty issues later.

Next Averett said GEI consulting engineers has been working on GSP development. Larry Rodriguez of GEI said most of the development of a GSP framework/outline for both the sub basin and the various GSAs is ready. He spoke with Averett and at the next coordination meeting on September 11th the work product will be presented to the players.

Averett reported on the CASGEM compliance hurdles. CASGEM started out as a voluntary program to monitor groundwater levels but is now required for Prop One grants. The white areas haven’t been involved in CASGEM. Averett said to its credit DWR is allowing the CASGEM requirement to be waived until after the application deadline. But before any funds would be awarded the entire sub basin must be in compliance. The requirement is one well per township and Averett said DWR quickly found out almost all basins have white areas and no one was CASGEM compliance.

Cal Poly San Luis Obispo has been working on an evapotranspiration study. Averett said this study is being checked. Land IQ is a firm contracted by DWR to report on all the evapotranspiration (a method to determine how much water a plant will use) across the state. The question to DWR is what if KGA’s Cal Poly study figures don’t match Land IQ’s due to different metrics? DWR will release its study’s findings and Averett asked about releasing KGA’s data. The Public Policy Institute of California wants this data. Not sure why but Averett wanted to take the temperature of the room on this matter. Jon Parker, GM Kern Water Bank asked if the coordination committee could quality control test the data before any release. Steve Collup, Special Projects Arvin Edison WSD said AE has additional data he would like to use to check results before anything is released. David Fenn, Director North Kern said they’re looking at this and I believe Semitropic WSD is looking into it as well. Averett said a Dr. House, I guess from Cal Poly, can come to the board and go over this. Kincaid said at this time the data could be considered draft work and isn’t subject to an information request. It was decided to treat the matter as draft. Mark Mulkay, GM Kern Delta WD and XO of the Kern River GSA said Todd Groundwater can work with draft data for the time being.

Groundwater sharing was the next item. Averett said Professor Mike Young has been touring the state presenting a water market he believes could be applicable to SGMA. Averett said some of Young’s terminology is unpalatable; such as a “share of water”. Averett said it might be better to use the term account; whether the account is based on APNs or wells. The GSAs would issue an allocation. These allocations can be standardized. The basic need is the standardized accounting of groundwater. He used an illustration of water transfer between Rosedale and North Kern. A standard accounting would make this easier. There are many concerns about finding a standard that will be widely perceived as a level playing field. Director Bill Taube, Kern Water Bank said he’s yet to drink the Mike Young Kool Aid. Taube said he’s very uneasy with the idea of pumping rights instead of consumptive use. He thinks it would be much better to have the, market for a lack of a better term, located within the district. It appears to me there are two issues here: how to allocate and how to account for this. Director Rick Wegis, Semitropic said his district is more in line with Taube’s views. Mullins said the coordination committee needs to stay on top of this.

Kincaid reported she’s working on the issues list and she will talk with the other lawyers. Do you develop GSPs and then sew them together as a coordination agreement or develop the agreement first and shape the GSPs to fit? Kincaid said DWR prefers the latter. Mulkay said the Kern River GSA attorneys feel KGA’s efforts at coordination is about a year too early. Kincaid said having sub basin wide coordination meetings and keeping it on the front burner will help ease things with DWR.

The meeting went into closed session. I think they’ll be talking about hiring someone to replace Averett. The RRB board wants its GM back. God bless them.