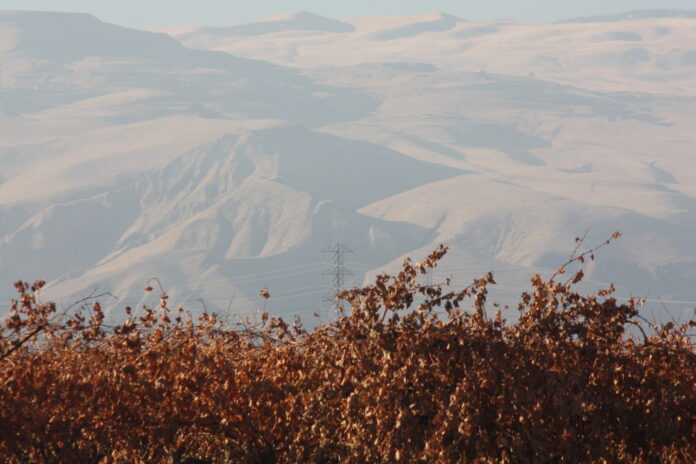 The Kern Groundwater Authority Groundwater Sustainability Agency held its Wednesday, September 22, 2021, board meeting remotely on Zoom from some secrete location in Bakersfield. The meeting is scheduled to start at 8:00am and the light outside is dim for this time of day. The sunset yesterday was copper and the moon last night was red. According to www.airnow.gov there are fires burning near Lake Isabella, the Tule River Reservation and along the Kaweah River.

How facile and duplicitous of Governor Gavin Newsom to blame this year’s fires on climate change and global warming. Decades upon decades of forest mismanagement and anti-logging in the name of enviro sustainability has led to a mess in our mountains. This mess has led to increased, out of control fires due to forest overgrowth. The recent

thunderstorm set some fires in the Southern Sierra Nevada. This used to be part of the natural cycle but that cycle has been disrupted. Who’s paying the price? Well, in addition to our national parks and forests the communities in the Central Valley are covered in a blanket of smoke. Air quality is bad here; from Shaver Lake to Bakersfield it is rated as unhealthy. The Bay Area’s air is rated as good as of 7:30 am this morning so says www.airnow.gov.

Chairman Dan Waterhouse asked everyone to join together and salute the flag. That was good and should start any government public meeting. There was a full quorum and the minutes were approved after some minor change.

The treasurer’s report was given and CPA Jeff King gave an aural report on the audit. He thanked the board for hiring his firm Barbich, Hooper, King. Good move. He said Executive Officer Patty Poire and staff have been good to work with. He said he looks for the involvement of the board when auditing a public organization. It sounded like he was going to get a little windy and drone on but he wrapped it up pretty quick. So, good audit report. Also KGA didn’t have any problems in the audit and the board approved.

Treasurer Marinelle Duarosan of North Kern Water Storage District gave her report. Duarosan had a tough act to follow but she did well. KGA has been able to return funds to its members for unspent money. That makes folks happy. The accounts were in order, the bills were paid and the board approved her report.

KGA Attorney Valerie Kincade said the State Board has been busy curtailing many watersheds across the state. The Delta curtailment is the most impactful. She included a three page memo on that situation. There is no date to lift these and it isn’t certain if the

State Board will allow reservoirs to be filled even if it starts raining. There is a public health and safety component that allows municipalities to continue diverting placing a shift on the usual priorities. Kincade doesn’t always report good news but we learn so much. She added the Scott and Shasta Rivers curtailment included groundwater. This is bold and new action by the State Board and there are at least five lawsuits filed against this government overreach. Waterhouse asked how much concern is there that the State Board will be slow to allow refilling reservoirs. The data the State Board is using is three years old. The State Board’s job isn’t to operate reservoirs anymore than it is to further Marxist political practices in the form of racial equity. Yet it does or at least tries to. What would the results be if each Regional Board’s jurisdiction elected a member to sit on the State Board? Would there be better accountability? Would the State Board get its focus back to water rights and serving the citizens of the state?

Poire said the checking account is pretty low and she’d hoped to wait until later in the year for a cash call but the KGA needed one and the board agreed.

Poire also reported the Native Yield Study proposal is being worked on and the goal is to get it together by next month’s meeting so when grants come available they can apply. She said the managers need to go over it more and finalize the wording. Poire wanted direction from the board. They said go for it.

The KGA has invested in a data management system. Poire said the DMS is coming along and now that is working somewhat she wanted to update the board. Last month the managers uploaded their data and the districts have the authority to make changes. Now the public portion is just about ready for access. www.dms.geiconsultants.com/kern/ She gave the Kern County Farm Bureau a tour of how to use the DMS. All the data being

represented comes from public access through DWR’s SGMA portal. The KGA DMS puts it all in one place. You can see what wells are being monitored, what the levels of the wells are and where they rank on the GSP – what the minimum threshold for that area is and where the well stands in relation to that measurement. The growers can use this to help plan their operations. Water quality will soon be added. You can look at a satellite map and choose a well. She asked the managers to walk their boards through the DMS and there will be a grant funded workshop coming up. This information will also help well drillers. Public wells are also included in this system.

Poire said the Environmental Defense Fund has an open portal version with some similar data and she’s working with them to see if there are some savings available to KGA by using parts of the EDF system. At this time GEI is hosting the website but that could change in the future. However, the managers have a great deal of leeway in determining who can access the information. Waterhouse acknowledged the great amount of work Poire has done to get the DMS this far.

There was no new business and under correspondence it was listed that the Kern County Planning Department has issued a notice of a proposed general plan amendment zone change to a parcel in Arvin Edison WSD. Wheeler Ridge Maricopa WSD has adopted a 2020 ag water management plan. And, Arvin Edison, Wheeler Ridge and Tejon Castac WD have sent a letter regarding the GSA status.

The meeting then went into closed session for two potential litigations. And that was that at 8:54am. Also, click on the photo of Mark Arax below and see what happens.

DISCLAIMER OF RESPONSIBILITY; Waterwrights strives to provide its clients with the 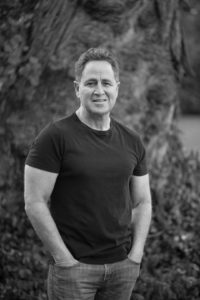