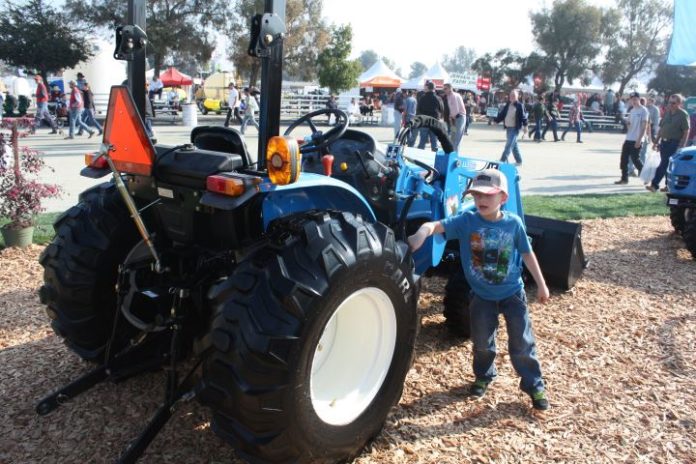 The Kings River East Groundwater Sustainability Agency held its Thursday, March 21, 2019 board meeting at the Dinuba City Council Chambers. It was a beautiful day and I have to say if I had the choice of attending the KREGSA or laying in the sunshine watching the billowy clouds float by it would be an easy choice. But mostly I’m thankful I don’t have to spend the afternoon with the Friant folks as they try to reach a major consensus on how to merge Unreleased Restoration Flows into the

O&M Budget. I was down in Visalia earlier and watched for a while as the management and assorted directors wrestled with that one. It was as interesting as watching auditors go over actuary tables while suggesting changes to the amortization formula. Not for the faint of heart and mind and you’d have to have the patience of Job and butt checks of iron to make it through the entire process.

KREGSA Chairman and Fresno County Supervisor Buddy Mendes was sitting in Dinuba Mayor Kuldip Thusu’s chair when he called that meeting at 2:00pm. Vice Chair Mary Fast lead us in a flag salute, there were no conflicts of interest and I embarrassed myself by misspeaking during public comment. The board was kind in response and allowed me to restate my statement. Attorney Lauren Layne informed the board they are required to undergo ethics training.

CPA Mike Cuttone of Cuttone & Mastro gave the audit. It was pretty painless with the report lasting only a few minutes. The board approved the audit and after Cuttone left Mendes told us Cuttone had been a referee for high school football for years and he is now working big time college ball. The directors reports were next and they had none. The consent calendar was also approved so that means minutes and accounts payables were approved.

Mark Limas, Alta Irrigation District gave the treasurer’s statement and it was also approved. Limas is Eric Limas’ brother; Eric is the GM of Lower Tule River and Pixley IDs.

Executive Director and Alta ID GM Chad Wegley gave the board an update on the grant reimbursements. DWR’s Mike McGuiness handles grants for GSAs and said after his agency signs off on the grant it’s sent by river barge to the State Controllers office where it molders for a month and a half they sign a check that is then rushed 20-mule team to the GSAs. There were also a couple of items like adding Mendes as a signer to the Local Area Investment Fund and authorizing a credit card with a $5,000 limit for Wegley should he need it.

Next the GSA invoices were discussed. Wegley said landowners’ responses have generally been good but many of the landowners have questions. Wegley said the average parcel size in a big portion of the GSA is 20-acres. Layne said KREGSA is a special legislative district because of the Prop 28 bill passed. A Prop 218 Election would allow land

based assessments to fund the GSA and could be collected by Fresno and Tulare Counties on the property tax bill. The GSA might take that bite someday, but not today.

DWR has listed some Best Management Practices and issued a survey regarding constituents. That’ll be filled out after the technical committee meets. Wegley said the GSP is coming along with three or four sections/chapters finished to the point for draft review. He also wants to work up a program and project list to submit soon.

Speaking of surveys; KREGSA will be soliciting responses to its survey available on its website in both English and Española. The board was asked to approve the questions and there were a couple of suggestions. It will be going on the website now that the board approved it.

for sustainable management and coordination services with the engineering firm of Provost & Pritchard. Director David Brown asked what happens if one of the other GSAs in the Sub Basin (there are seven total) doesn’t play nice. Layne said there is a bad actor clause in the dispute resolution agreement that will deal with problems. Wegley said getting inter sub basin coordination is tough but not as bad as intra sub basin is expected to be. He said the diversity of groundwater situations make this a big challenge. Wegley said AID is looking to spread 280,000 a/f this year. That will be a record. But other districts and GSAs won’t be so fortunate. The board approved.

Layne reported on legislation saying the water tax has made it to a few bills. Legislators are asking about SGMA needs and I hope someone points it out that there are already $30 million worth of project requests battling over $11 million of grants. There are both state and federal legislation to help fund a Friant Kern Canal fix. That was pretty much that and the meeting adjourned.