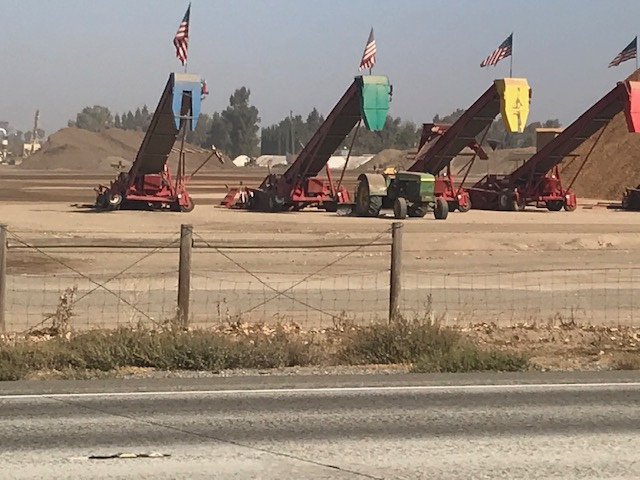 Tim DaSilva appointed to the Board

The Madera Irrigation District Board of Directors met in regular session on October 19, 2021, at the District offices in Madera with the public having access on Zoom and via phone. Chair Jim Erickson called the meeting to order at 1 p.m. During roll call, it was noted that Director Brian Davis was attending on Zoom; the other three Directors were at the meeting. The agenda for the closed session was approved and there were no public comments. The Board moved immediately into its scheduled closed session. It was noted that Director Carl Janzen would be recused from one of these discussions. The agenda listed conference with legal counsel on six items of anticipated litigation and five matters of existing litigation.

Again, as scheduled, the Board returned at 2 p.m. to the open session which began with the Pledge. The first item was unanimous approval of a resolution honoring the memory of Director Richard Cosyns who had passed away unexpectedly in September. The resolution cited his election in 2007, recognized his leadership in the District and the community and expressed appreciation for his service. A photo and plaque with the full resolution will be

hung in the District offices. Janzen moved and each Director added comments expressing their thanks and condolences to the family. Photos were taken of the presentation with Cosyns’ wife Lynn and son Will.

There was nothing to report from the closed session and no public comment for the Board or GSA meetings, so the Directors moved into the GSA session. Assistant General Manager Dina Nolan gave an update, saying work continues on the data management system to get wells aligned. Properties have been acquired and the preparation for recharge continues. The hope was expressed that there would be opportunities to use these facilities this winter season.

Returning to the regular session, the Board approved the consent agenda which included approval of Board meetings held September 21 and October 5, warrant list invoice payments, financial department report and approval, as required, of emergency provision authorizing another 30 days of  electronic presentation of the Board meetings.

The warrant list of invoices approved and paid totaled $617,120.55. Total cash on hand as of September 30 amounts to $43,496,280.22. Actual expenditures for the year to date are $17,314,377, comfortably under budget at 76%. Other revenues are a bit behind, however, led by reduced income from water supply agreements due to lower allocations and power generation. The annual budget amount is about $10.2 million and the actual income through September 30 is just under $9 million or 87.9 percent.

In her Finance Department report, Controller Jennifer Furstenburg said that the process for developing the 2022 budget is underway. Department heads have been asked to turn in their estimates by November 3, which will be followed by a meeting of those folks and the GM and Assistant GM set for November 9. The special Board budget meeting is scheduled for December 15. The usual accounting procedures for MID and the Madera-Chowchilla Water and Power Authority are ongoing along with storm assessments and payroll activities.

The HR Department had an active month according to GM Tom Greci who was standing in for HF Administrator Tanesha Welch. He noted that employee evaluations were reviewed and completed, several employee relations meetings were held along with return to work, retirement and separation administration. The open enrollment period for employee benefit selections has begun so group and individual meetings are being held.

Recruitment is underway for a maintenance worker and pesticide applicator. Three new maintenance workers have joined the organization, each with strong backgrounds in construction skills. In house staff training for both MID and MCWPA employees has been conducted on SB 1343 harassment and worker safety.

Charles Contreras, Operations & Maintenance Manager, provided his usual low key but detailed monthly report consisting of seven pages in the Board packet describing with photos engineering improvements, maintenance activities, ditch and canal cleaning and sloping and mowing throughout the District. He included application of chemicals for weed and rodent control, a shop report and DOT inspections completed on seven vehicles. The final item showed photos of repairs, sealing and cleaning  of the Madera Canal. Several Directors joined in the discussion of particular items as conducted in their respective Divisions. He noted at the outset that he is working on the budget with his staff. Board discussion included GM Greci explaining that an 8 inch valve from the 1940s was replaced. Director Dave Loquaci said the siphons had been a question for a long time and now there is a baseline for scheduled replacement.

Next came the report from General Manager Tom Greci who noted the cancellation of the November Board meeting. He also said the District would be participating in the Pomegranate, Fruit and Nut Festival set for November 6 from 10 a.m. until 5 p.m. at the Madera Fairgrounds. He invited Directors to help staff the booth. The goal is to support the District’s specialty crop grower customers and promote its services to the community.  He referred to the siphons at the dam saying divers may be required to inspect them to assess their condition. Talking about water supply, the 20% allocation remains. Director Janzen asked for a report of this water season… where water came from and where it went.

Name that Ranch or Not

been conducted for the 10,000 acres District owned grazing land known as the Madera Ranch. Janzen proposed Central Valley Grassland Reserve in order to get this off the table. Loquaci said he suggested leaving it as it is for now. Director Davis and Chair Erickson agreed. So, Janzen moved that the name be the same, and that a letter of thanks go to each of the contest entrants with a $25 gift card for those who met the criteria. Board approval was unanimous.

The first of four items of new business on the agenda was the approval of a carefully drawn lease for about 1000 acres of the District’s grazing land near Lake Madera to the Houret Cattle Co., Inc. and Diamond Ring Livestock, the operation that has the current lease that is expiring. An RFP had been circulated and this was the highest bidder. It’s a five year lease with opportunity for renewal. The annual rent is $50,500.

Also, there was discussion and approval of the Riparian Water Year. Assistant GM Nolan  reported the District is charged with managing the Fresno River water to a number of property owners who have water rights. In the past MID had sent letters to property owners with their entitlements requiring documents to be signed and returned. Nolan said this year digital technology would be used with documents posted at a secure account for each property who would access them electronically. Each landowner account would be confidential, and password protected. Rights holders can examine, approve, sign and return documents digitally. The water year began October 1st, and the new process is underway. Directors confirmed that the process could be completed electronically but that property owners could obtain hard copies. Chair Erickson observed the administration of this program would be more convenient for the rights holders and less burdensome for the staff, while allowing water deliveries to remain on schedule. These changes were approved unanimously.

Approval was granted for authorization by the General Manager to accept the U.S. Bureau of Reclamation Licenses to install, operate and maintain temporary and permanent facilities on behalf  of the District on District property. GM Greci explained that when third parties do work on behalf of the Bureau that involves pipes, wires, canals etc. no additional permissions need to be granted and fees paid go to the Bureau.

As a final item of new business, there was approval given for the 2022 WaterSMART Grant from the Bureau which provides $250,000  to the District for water conservation and improved water management. Some manual gates will be replaced with automated gates allowing for remote sensing, flow monitoring and flow control. Director Janzen said he has been asking about this every year, so he moved approval and passage was unanimous.

A special item was the selection of a person to serve as Director, completing the unexpired term of the late Richard Cosyns. As noted in an earlier WaterWrights report, the Board had met previously with three candidates who had applied. The Board unanimously selected

Tim DaSilva of Madera for this position on the motion of Director Loquaci. He commented that it was gratifying to have three candidates and he thanked them. He said it is important to have someone with DaSilva’s experience. He was sworn in by Board Secretary Andrea Sandoval and is now an active member representing Division 2 in the District. Director  Davis agreed with Loquaci about a candidate with experience with water issues and public organizations. Erickson said he appreciated having someone with this experience.

DaSilva is a third generation farmer growing up on a dairy and then farming almonds for 50 years. He was a 19-year member of the Gravelly Ford Water District serving four years as president. He also was a nine-year appointee on the Madera County Water Oversight Committee and a former board member of the Central California Almond Growers Association.

Completing the meeting as usual, each Director reported on items of interest from his perspective.  Davis welcomed DaSilva. He said he hadn’t been able to attend ACWA due to demands of his harvest, but Director Janzen had attended.

Janzen said the meeting was held on the patio at Harris Ranch restaurant. He said there

had been good attendance and good speakers. Three area state legislators were there. He said there was a panel discussion on the San Joaquin Valley Water Blueprint, with speakers strongly urging support for the plan.  Janzen said it was the first in-person ACWA meeting since March 2020. He finished up saying that on the drive over and back, on Hwy 145 and  Hwy 33 saw a lot of farming but also saw a lot of open fallow land, too. Someone said he had traveled Hwy 152 and had never seen the San Luis Reservoir that low.

Director Loquaci said we have to keep a close eye on the federal review of the biological opinions of Delta water as the Biden Administration is rolling back the Trump Administration changes with the support of the state. He said, “We need 140% of winter rainfall just to get 100% runoff just to re-saturate ground.”

Janzen lamented the amount of wrong information about water and irrigated farming that the general population is seeing.

Chair Erickson reported on his attendance at the Friant Water Association meeting. He said that a $177 million dollar contract had been signed for the first phase of repairs on the Friant Kern Canal. 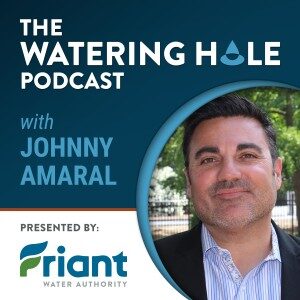 Loquaci again commented saying that as you read news articles you can see a certain sense of urgency about SGMA and ground water levels, with the realization that nothing has happened for several years, and the clock is ticking. Janzen said the consultants’ reports [about the aquifer] are full of bad news, too. Loquaci agreed saying, you either have to put more water in or take less out.

The meeting moved back into close session at 3:08 p.m. It came out about 3.20 p.m. with nothing to report and adjournment.