Madera Irrigation District Board, Board of Equalization & GSA Meeting June 16, 2020 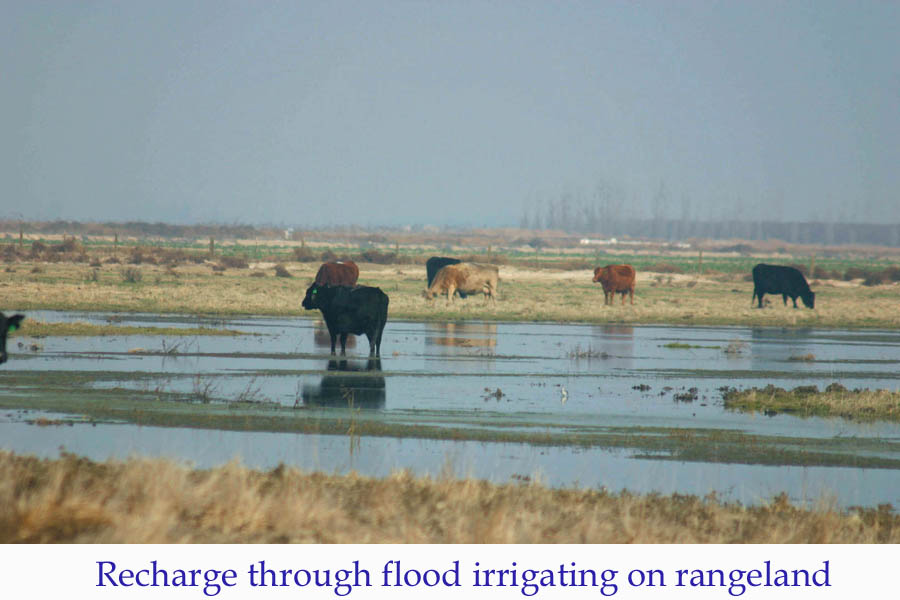 The Madera Irrigation District Board meeting this time included its work as the board of equalization and as the GSA. After the call to order and roll call, there was the opportunity for public comment on the topics for the closed session – two anticipated litigations and three ongoing along with evaluations of the general manager and assistant general manager. The meeting was held on Zoom and all votes were therefore taken by roll call.

At 2 p.m. the regular open session was called to order by President Jim Erickson followed by the pledge. There was nothing to report from the closed session which had been held at 1 p.m. and there was no public comment.

The MID board acting as the board of equalization convened to hear and determine objections to the valuation, acreage or other matters regarding property assessments. Controller Jennifer Furstenberg presented the spread sheet with the complete listings of properties and assessed valuations. While the spreadsheet was briefly shown on the screen it was difficult to see category totals. The board will meet again on June 19 to officially approve the report which will be made available to the public. For the past nine years, an approved three percent increase in value has been in place, with this year being the 10th to the relief of some. There were no objections or comment from the public after numbers were presented and the board of equalization was adjourned.The GSA meeting was convened and the group heard from its attorney, John Kinsey of Wagner Jones Helsey, PC. He reported on the mediation session held on June 12 among the seven GSAs in the Madera Subbasin to get the New Stone Water District GSA to sign a coordinating agreement. With some adjustments to the document, agreement had been reached. Now the amended coordinating agreement must be approved by all parties. Because the meeting was held on a Friday afternoon, it had not been possible to have a completed copy available for all parties, so that will be dealt with at a future meeting.

The MID board was reconvened with approval of minutes for April and May, the warrant of bills to pay and the financial report on a roll call vote. Controller Furstenburg also gave the June 16 financial status and noted that the county has made its annual payment to the MID of about $2.6 million.

While it was a small item on the printed agenda, the Engineering / Operations / Maintenance report and the update on the Capital Improvements Projects plan was detailed an impressive presentation. A lot of information including photos was presented by Engineering Supervisor Darren Garcia and Operations & Maintenance Manager Charles Contreras, reflecting the fact that most all the work had been done by the MID staff.

The Engineering staff was completing work on a 150’ box culvert, replacing pipelines, testing and replacing batteries on the SCADA sites and verifying water flows at all sites, conducting crop surveys and monitoring aquatic weed control. The Maintenance Department report included 17 projects from replacing cracked pipes, installing head gates and repairing turnouts to stump removals, installing trash guards and repairing 27 leaks during the month of May. This may not sound like much, but the photos and detailed discussions of these projects were impressive.

Assistant General Manager Dina Nolan reported next, presenting the second annual well-run average depth of groundwater with a spreadsheet. She then reviewed the fact that a Capital Improvement Plan had been developed earlier with a consulting firm that assessed the risk factors present in aging infrastructure. (MID has 300 miles of open flow canals and 150 miles of large diameter pipes.) The resulting matrix allowed a detailed plan and budget to be developed guiding the District in investing in and scheduling updates for canals, pipelines and other facilities in coming years. The plan was completed last September including 32 projects in all ranked by risk and need for replacement. A District map showed the location of the needed projects.

Messrs. Garcia and Contreras updated the board on the work that has been done through the winter and to date. Literally thousands of feet of pipe have been installed, ranging from 36” HDPE to 14” concrete and 12” PVC along with related work on turnouts, vents and other structures. Nine of the projects are completed or underway. The costs had been estimated at $845,000 but were completed by the staff for $281,000. The report given included detailed specs and photos.

Board members asked questions and commented about some of the specifics. All were impressed and pleased with these results, praising the managers and their crews.

Ms. Nolan concluded that the District is making a “significant dent” in the needed projects with more than half a million dollars in savings compared to budget. She said it is important for growers to understand that these projects are being completed in addition to all regular daily operations. There will be a newsletter article highlight this work, she said.

Chairman Erickson commented that MID is being proactive in responding to aging infrastructure. He complimented leadership of Charles and Darren, saying this is “exciting for the District.”  Directors added their compliments. Erickson also said the quality of the work is outstanding compared with the work of some contractors that he has seen. He said the District wants to provide the right tools to the right crews. There was a brief discussion about purchasing a trenching machine, but it was agreed it is much more cost effective to hire that work done as needed.

In his General Manager’s report, “Tommy” Greci said there will be a new grower platform, a computer software package, that will allow MID growers to put in all accounts, parcels, meter readings, how much water being used, crop water applications. It is mobile friendly and growers will be able to aggregate their information. Old logins will work for the new platform.

He said the MID centennial celebration is set for October 2 this fall, originally planned as a banquet. With COVID-19 in mind, he said, “We will do something!” in the way of a live event. He also noted the MID history book is just about ready to go to the printer. He added that maybe next year there could be a spring meeting before the water season for grower information.

The Board is consolidating its July and August meetings into on meeting on August 6.

He reported that water supplies are running slightly higher than expected. He said there is a rumor that Bureau of Reclamation will have a higher Class 1 allocation. And MID continues actively looking for new supplies.

The meeting then moved on to new business with discussion and action on four items.

An updated employee benefit cafeteria plan is ready, allowing increased flexibility for staff with mid-year changes possible in dependents, prescriptions and the like in part because of COVID-19. It was explained that employees put in their own funds pre-tax while MID does the administration. All employees, both those enrolled and those not now in the plan, will be informed of the details. The changes were unanimously approved.

Hourly rates will be $295 for John Kinsey, who was in attendance and works with the board, $245 for senior associates, $215 for junior associates and $175 for paralegals. Founding partner Wanger bills out at $425, unchanged. Approving these new rates unanimously, Board members complimented Mr. Kinsey for his work on behalf of the Board.

An agreement that has been a while in the making involves MID providing water to the Madera Municipal Golf Course, owned by the city, using the water holes as recharge basins. MID and the city would each get half the credit.  A fourth basin near the airport could also be used but the city is waiting for FAA approval for that one. Director Dave Loquaci said the city is close to balance and this will go a long way to bring them into balance. It was unanimously approved by roll call.

A fourth item involved the Friant Water Authority request for an expression of willingness to provide financial support to repair the subsidence in the Friant-Kern Canal. A complex scheme for support from a wide range of water entities affected was described, in detail far above my pay grade. The plan is referenced in a variety of other WaterWrights reports because of the impact of this canal that takes water south from the Friant Dam on Millerton Lake. To get state and federal funding, it’s necessary to show local support, but it gets very complex very fast. General Manager Graci had no recommendation but wanted the board to be aware of the request.

Various board members commented but at the end of the discussion, the consensus was that while all water groups benefit from water being able to be moved effectively around the state, the MID Board has its own responsibility for the Madera Canal, also sourced at the Friant Dam. No action was taken.

Next item, each Director reported from his district.

Rick Cosyns – Water is running in the district; growers have talked about issues, but they’ve been taken care of fast. Leaks fixed; algae eliminated. He offered support for the maintenance staff and things are going well.

Brian Davis – I see a lot of water going uphill, canals are full. “It’s been good.”

Carl Janzen – We need a crystal ball, so we get a steadier flow. Somebody needs to use water on the weekends, so water levels don’t go up and down so much.

Dave Loquaci – Not much to say, now that people that are getting water. We are servicing more guys at the same time [with drip irrigation] than we did before when there was more flood irrigation.

Jim Erickson – He’s been spending a lot time with Friant Association and most of that is about the canal, the big issue. Gravely Ford has asked to sign on for a one-year trial period.

The Board meets next on June 19 to approve the tax roll and consider a contract to provide management services for the Madera Chowchilla Water & Power Association. On July 15, the MACWPA board will meet to hear a report from a consulting firm on canal repairs.

At 3:49 the Board went back into closed session, and then came out at 5:37 p.m. with no reportable action and adjournment.