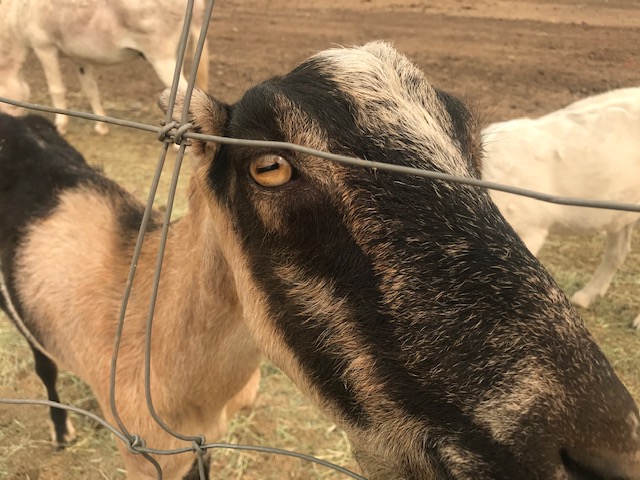 The Madera Irrigation District held its regular Board and GSA meetings on January 19, 2021. The meeting was conducted remotely online and by phone with the Zoom managed by General Manager Tommy Greci. Chairman Jim Erickson called the meeting to order at 1:05 p.m. A quorum of four directors was present and Director Dave Loquaci had notified the group he was going to be late but was on his way, at least to his phone or computer.  There was no public comment and Director Rick Cosyns identified a potential conflict of

interest if matters of the Fresno River were discussed. The Board then went into executive session. The closed session agenda showed two items of anticipated and three items of existing litigation, along with staff performance evaluations of Charles Contreras, Operations & Maintenance Manager and Tanesha Welch, Human Resources Administrator & Risk Manager.

The Board opened the public meeting at 2:01 p.m. and recited the Pledge. There was nothing to report from the closed session and no potential conflicts of interest or public comment. The Board went into session as the MID GSA and heard an update from Assistant General Manager Dina Nolan. She reported the public review of Groundwater Sustainability Plan was completed in November. It has been received by the state agency which has until 2022 to review it.

Coming out of the GSA meeting, the Board approved its MID consent agenda which included minutes of the two December meetings along with approval of bill payments amounting to $896,729.44 and financial reports for November and December showing some $42 million in MID accounts. Also approved was the purchase of two parcels of property in the District that had been reviewed and discussed in December. The consent agenda was approved unanimously after Carl Janzen moved and Cosyns seconded.

Finance Department activities were reported by Controller Jennifer Furstenberg. She said the 401k and 401a audits have been completed, 1099s and W2s are being prepared and the MID audit will be performed also by Hudson Henderson & Co with field work beginning the week of Feb. 15. The MCWPA audit will be performed by Bryant L. Jolley, CPA with field work beginning at the end of February.

The HR Department report was presented by Welch. Continuing work on COVID-19 regulations, reporting and follow ups remains a high priority. Wesley Genseal has been promoted to Canal Operator I in the Operations Department and recruitment is occurring for a maintenance worker I position. Among other chores are webinars on COVID regulations, vaccines and new employment laws. There were no questions from the Board or public.

Contreras delivered his long and detailed engineering, operations and maintenance report in his usual low-key, matter of fact style, covering as always, a lot of ground, literally. His five-page report with photos of projects big and small invariably attracts some comment and questions from Board members who appreciate the work of he does with the crews and equipment he oversees. One big project is work on a California High Speed Rail crossing of the Madera Canal which included significant concrete work along with grading and backfilling. Fortunately… and unfortunately… it has been dry enough to do all this work. The hope is for a storm coming in early next week.

General Manager Greci said he usually talks about water supply, but given conditions,  “What do we want to talk about now?” He said that without more precipitation, it may be the driest winter on record in 119 years. It could be worse than 2014 through January at this point. Director Loquaci said guys are starting pumps. And it will be brutal this summer in terms of the water table. Greci said there are already noises about some reductions and January and February supplies are being impacted.

He said a huge chunk of the lower watershed was burned in the Creek Fire and there was discussion about some of the burn areas starting to see some vegetation growing. There have been no mud flows because of the dry weather with no rains or melting snows.

He said preventive maintenance on the Madera Canal is done by Contreras and staff and the  Chowchilla Water District is removing brush and moving to medium priority projects.

He said he has been in contact with the Bureau of Reclamation about a bridge repair on the Fresno River. To facilitate that work there may be some siphoning of water in collaboration with the Bureau and its staff.

At 2:27 p.m. Controller Furstenberg introduced Kip Hudson of Hudson Henderson & Co., accountants who presented the audit report of 401K and 401A employee retirement plans. He said while the third party plan administrator had some COVID delays, no deadlines were missed and no problems were found. Internal controls are adequate, and he gave a “clean” opinion. Assistant Manager Nolan said she wanted to thank Furstenburg for preparing all the needed documents and Hudson too expressed his appreciation for her work, which made his easier. Board members had no questions and approved the reports in two unanimous motions.

At this point each Director was given the opportunity to report. Cosyns said we’re starting water up, of course using ground water calling it “former MID water” and drawing a rueful chuckle. He also complimented Contreras’ maintenance and construction work.

Director Brian Davis had no comment and Director Janzen seconded the Cosyns’ comments about Contreras’ work. He agreed it was discouraging to see all the pumping already going on. Director Loquaci said he hopes it starts raining and snowing soon. Last year there were already plenty of problems with the groundwater table dropping and it will be very serious this year if we don’t get moisture. He said, “We’re over drafting and we gotta quit.”

Chairman Erickson reported on the Friant Water Authority Executive Committee meeting he attended that was held yesterday. He said it’s all about financing for the Friant Kern Canal repairs and it will be for the next several years. He also said that we should dust off our policies for moving member water in canals because it will be happening this dry year.

It was announced that the next regular board meeting is set for February 16. At 2:43 p.m. the Board returned to closed session for more discussion of litigation.