Madera Irrigation District Regular Board and GSA Board Meeting December 15, 2020 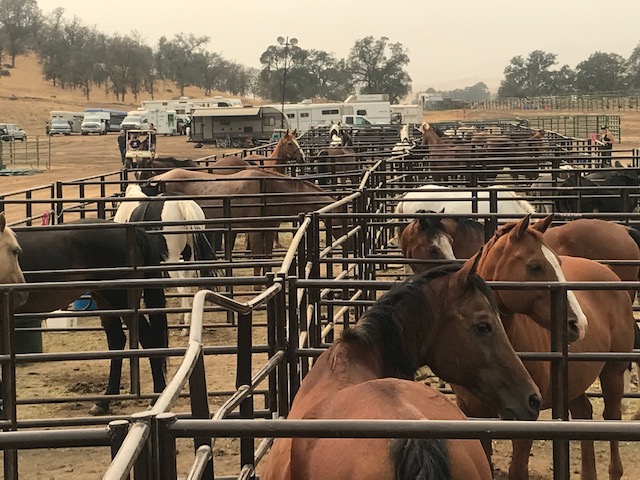 General Manager Tommy Greci  opened the Zoom meeting at 1 p.m. with a word of welcome.   Then Chair Jim Erickson called the meeting to order and the roll call showed attendance by all directors virtually, who then approved the agenda. Board Secretary Andrea Sandoval read the instructions for public comment on the closed session agenda but not a word was spoken. That agenda showed a conference with legal counsel on two items of anticipated litigation and three current cases.

The group began its open session at 2:00 p.m. with the Pledge. There was no report from the closed session and no potential conflicts of interest for the upcoming open session. An employee, Alva “Smokey” Carter, was at the meeting to be recognized with 45 years of service to MID. An expanded category of employee recognitions had to be created for him and a 50-year recognition was added too. It was noted that if anyone needed information about any nook, cranny or old pipeline in the District, he was the guy to see. After chatting with the Directors who thanked him kindly, he then left the meeting and probably went back to work.

The GSA meeting was the first item with a report from Assistant General Manager Dina Nolan that there had been 13 properties submitted in reply to the RFP that had been put out to purchase land to be used for recharge. Adding acreage for recharge is a key element in the GSP. Details and action occurred at the regular Board meeting as reported below.

The MID Board reconvened at 2:09 p.m. from the GSA meeting. The officers were reelected  with Jim Erickson as chairman, Richard Cosyns, vice chairman, Andrea Sandoval as board secretary, and Jennifer Furstenberg, treasurer, with a single motion passed unanimously on a roll call vote. Ad Hoc and standing committees for next year were approved with the same membership as this year.

The consent agenda was approved with previous meeting minutes and financial reports OK’d.

Controller Jennifer Furstenberg described departmental activities and the approval of the 2021 expense budget from the Dec. 10 meeting. Tanesha Welch reported on HR activities including updated COVID-19 regulations being implemented.

The engineering, operations and maintenance report was given by Charles Contreras, who runs that show. In the board folder it amounted to six pages of project listings with photos… always an impressive description of what’s been accomplished in the past month including work this month on the Madera Canal.

In his report, General Manager Greci said the work on the Canal and MCWPA buildings does take time away from MID. The Canal and four hydroelectric facilities are being managed on contract by MID and the Canal is one of the main water delivery tools of the District, so it is important.

Assistant Manager Dina Nolan said MID was one of three special districts highlighted across state with a legislators’ tour. She showed them the MID video and had very favorable feedback from the group. Board members agreed that creating a favorable impression among legislators is a good thing.

Under new business, a consultant contract was approved with Sierra Hydrographics of Auberry, for flow measurements at three locations in the high country… North Fork Willow, Big Creek near Fish Camp and the Fresno River above Hensley Lake. The company had been doing this work very satisfactorily for the past three years, even clearing out log jams and ice dams on the rivers in the winter months. Manager Greci praised their work and recommended the new agreement. The Board unanimously approved it authorizing expenditures of $39,600 in 2021 and small percentage increases in each of the next two years.

Assistant Manager Nolan asked for and received approval of administrative documentation as the District moves employees from a 401K plan to a new 401A plan.

A subordinate water agreement between MID and Madera Water District has been done annually for a few years. The MID Board was asked to approve a 30-year agreement that would allow subordinate growers in the MWD to receive specified MID water. In effect, MWD acts as an agent for growers whose land is in MID. There will be separate facilities for the water and those growers must ensure that water is used wholly on the lands within the MID boundaries. This converts the year-to-year agreement to a longtime contract. Director Dave Loquaci who took part in the negotiations says it’s fair and accomplishes what’s necessary. It was approved unanimously. Director Carl Janzen had stepped out of meeting for this discussion and action.

Next were two items relating to the property purchases referred to above, introduced and discussed together but acted on separately. Some 13 parcels had been offered in response to the RFP, but the Board chose two and the purchases were approved unanimously… 37.52 acres from Kenneth Basila for $1,314,950 and 30.67 acres from the estate of Blanche Campbell for $675,000.

Assistant Manager Nolan said this is a great way to end the year, with the acquisition of these two parcels for recharge basins. These two clearly stood out from the others, are in opposite sides of the District and have highly rated recharge indexes. Operations Manager Contreras was very much in favor, she said. MID is now a decade ahead of the GSP schedule for recharge basins.

Perhaps best of all, the purchase of these parcels and additional closing costs are funded by the budget surplus of $2.5 million identified at the Dec. 10 meeting, so there is no impact on the 2021 budget. Director Cosyns said these are great projects and at some point in the future could be named for prominent past MID leaders.

Director Loquaci said, “We are ahead of schedule and we are the only ones ahead of schedule.” And this retires some farmland. MID growers are doing their part to step up and balance water use.

This puts MID in forefront of water community, he added. Another comment was that the public outreach for the RFP helped, too, alerting people to what’s being done. Both resolutions were approved unanimously.

The last item of business was the report from each Director. Cosyns said he was happy to see all the work that is happening with ideal weather but hopes soon it won’t be so ideal. Asked if there would be temporary staff for some of these projects, Manager Greci said none yet… so far, we’re keeping up. Contreras said it’s OK the way it’s going.

Director Brian Davis said he too is pleased with how well the District has come together, juggling lots of projects, taking advantage of opportunities. It’s nice to see the District working so well.

Director Janzen agreed with what was said and reported on the Friant Power Authority meeting. He said he attended the virtual ACWA convention where he thought the climate change discussion was most interesting. The prediction is for the same amount of water, but that it will come quicker in heavier storms, so the basins will be really important.

Director Loquaci wished everyone a Merry Christmas and urged everyone to be careful in this COVID year. He said it had been a great year for MID, though. “Let’s hope we have a great New Year,” he concluded.

Chair Erickson praised the staff and everyone working together. He announced the next meeting for January 19 in the New Year and adjourned this session at 3:05 p.m. Nine people had attended.

The District has a Central Valley Project (CVP) repayment contract with United States Bureau of Reclamation (USBR) providing up to 85,000 acre-feet (AF) of Class 1 and 186,000 AF of Class 2 water per year from the Friant Division (Millerton Lake). The CVP water is released from Millerton Lake through the Friant Dam, and then conveyed through the Madera Canal for delivery into the District’s service area. The District also entered into a CVP repayment contract with the USBR for the yield from the Hidden Lake Unit (Hensley Lake). Under the Hidden Lake Unit contract, the average annual supply available to the District is approximately 24,000 AF per year.