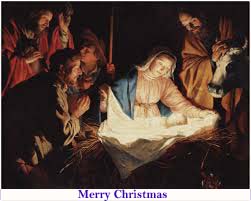 The year 2020 has been a wild ride. On the whole it wasn’t one of the better years for peace in the US. There has been bitter division over almost everything. A great deal of trust in our institutions has been squandered this past year; politics, government, media – it’s as if they’ve gone out of their way to create chaos. Claims of fires sparked by climate change, except for those caused by the mostly peaceful protests were actually aired. Cancel culture ran rampant. Even indisputable facts as fundamental to our humanity as our race and sexuality is up for subjective interpretation. Diversity to the exclusion of unity; unity to the exclusion of even slightly different opinions – it’s tough to know which direction the train is going let alone which train to take to the desired destination.

You heard it here and I’ll stake my reputation on it, 2021will either be dry or normal or wet or somewhere in between.

It looks like we have a vaccination on the way for a virus whose country of origin is verboten to mention in certain circles – one of many issues to have grated against me this past year. I have several other issues of concern but to list them would be the opposite of what would do me good.

Yes God is in control. He’s outside of space, time and matter. He doesn’t turn His head to sneeze only to look back and find a catastrophe has taken place. He knows about viruses, protests, what evil is taking place. He knows how much rain and snow will fall. He knows when kindness and love take place. He made everything which is difficult, actually impossible to fully grasp. He’s infinite and we’re finite. He’s the creator and we’re the creation. So, we can’t completely understand God, our awareness and intellect is too limited.

God created us for a purpose – to love Him and each other. He also came to earth as a man to be with us and make a way for us to be with Him. On the very first Christmas this infinite being took the form of the finite and was born into this world. This was the first part of His gift to us and set the stage for the second part of the gift. Thirty some years later this baby grew up after living a sinless life and died brutally on the cross, on a Friday afternoon. Early Sunday morning He rose from the dead. Because of this we now can be a part of infinity, an eternity with God is ours for the asking. That’s a pretty good Christmas gift and a pretty good reason to be grateful.

I want to find opportunities to be kind this year. Not just nice, but kind. Truly I want the pandemic and the politics and public opinion to do what I want it to, but I don’t have that kind of control. What I can do is be kind to others. I’m very confident I’ll fall short but if I put forth the effort every day trusting God to be the source of my kindness then I’ll be able to help someone else and that will make the world a better place for us all. Each of us can do more to make this life better than all the governments and talking heads and hash tag pronouncements put together by being kind to each other. Merry Christmas and may our Lord’s peace and blessings be with you.