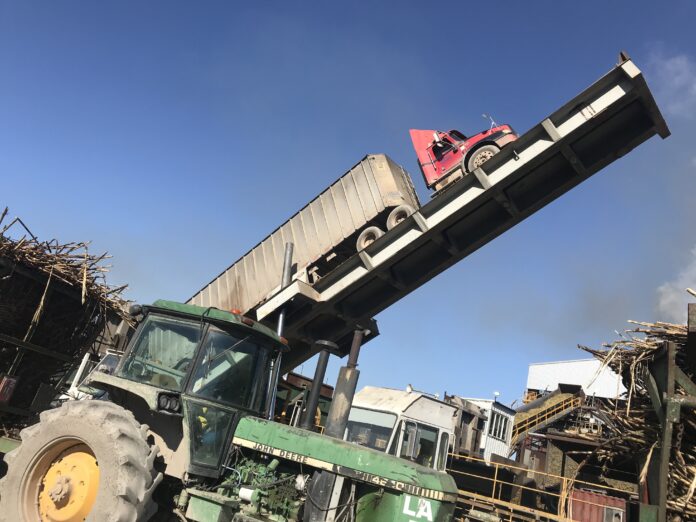 The North Kings GSA Advisory Committee met remotely on Friday, December 11, 2020 by GoToMeeting. They all blur together but there was no chat feature at this meeting. I’ve come to like chat a great deal. Sometimes you can’t tell who’s speaking and its an easy way to fill in the blanks without interrupting the meeting. It also doesn’t show who all are tuned in. There was some talk before the meeting began about the difficulty of meeting quorums this time of year. I suspect that is a problem. SGMA has a lot of hurry up and wait built into it, along with the itis and the season could all be contributing factors. Fresno ID’s Adam Claes suggested offering a virtual meal.

Chairman Scott Redelfs called the meeting open at 1:30pm, right on schedule and asked Executive Officer Kassy Chauhan to lay down the etiquette law being observed and take roll call. All the necessary parts were in attendance but not all of them could unmute. Chauhan also said you need to identify yourself if you’re speaking. Good for her. It is often difficult to be sure who is saying what.

Approval of the minutes were next and Nick Keller pointed out there were a couple of players who were not present at the last meeting and that wasn’t reflected. Everyone thought that a worthy observation and the minutes were corrected and passed.

Ron Samuelian of Provost & Pritchard began to tell the committee about what’s happening in the Kings Sub Basin but someone wouldn’t mute their phone and had to be repeatedly told to do so and eventually was muted by the host. I’m not even going to mention who it was. Can you imagine the shame?

Samuelian went on saying there were two projects removed from a grant application because they didn’t have enough disabled community points. So now there are four projects from three GSAs within the sub basin. He said there will now be fall well measurements to help round out the needed data source. The well monitoring system is still growing.

The financial update was presented by Lisa Koehn said were legal expenses, costs for Fresno ID’s help and P&P slipped in some bills for the work it did. Koehn said there is still $77,000 of grant money hanging out there the NKGSA is waiting to be received. Overall Koehn’s report was very positive. This is the first month the financial report has been given at the Advisory Committee meeting and it will be a standard item from now on. You can see organizations grow as more lawsuits and standing agenda items attach themselves like barnacles on freighter’s hull. The financials were approved.

Administrative matters were next and Chauhan said the advisory committee will continue meeting the second Friday of the month at 1:30pm. The GSA board will meet on the fourth Thursday of each month at 6:00pm. Unfortunately, be nice to get it over with earlier. It was also pointed out for the time being all meetings will be virtual as Fresno County is in the Deep Purple (Smoke on the Water?) tier of C Virus.

There is an at-large seat vacant on the GSA Board. Known affectionately as Seat Number Seven, Chauhan asked the committee members to urge their board representative to nominate someone in time for the next board meeting. There were criteria listed but it

sounded like you need to be affiliated with one of the current JPA members to join the committee.

The next item was possibly worthy of action. There is a coordination agreement in place for the Kings Subbasin. The North Kings GSA needs to select a representative to the coordination committee made up of the seven GSAs in the subbasin. Currently former FID General Manager Gary Serrato and Chauhan were the representatives and the alternate. FID GM Bill Stretch has taken Serrato’s place now that he retired. For the coming year it was recommended by staff to have Chauhan the representative and Stretch the alternate. Brock Buche, City of Fresno recommended nominations be made for these seats. That was kind of weird. Chauhan is powerful and knows what’s up. I’d put her in a mental cage match with any of them. Samuelian said it is critically important to keep continuity on this board as it took a lot of effort to build the

knowledge base and trust amongst the members. James Irrigation District has a new GM who needs to come up to speed quickly. Someone nominated keeping Chauhan in place according to recommendations. When put to a vote she won unanimously.

The committee then considered resolution 2020-20 that the NKGSA file an application for Prop 68 Grant funds. The money is intended to go to the FID Savory Pond and the City of Kerman’s recharge projects. The sought for motion was to recommend the GSA Board pass the resolution. But as Chauhan and Samuelian explained it may be necessary to for FID to be the one to apply for the grant. There is some questions about DWR’s process that has

requirements that can’t be met by the GSA but might still be able to apply. Some speed bumps on the state’s highway towards returning tax money back to the taxpayer. If FID becomes the applicant this would just go way. The committee voted to recommend the board pass the resolution.

Next there was a potential action item on the revised new well review policy. At last

month’s board meeting the well review policy developed by the working group wasn’t satisfactory and raised some issues with the board. For instance the Cities of Fresno, Kerman and Clovis are also permitting agencies as well as Fresno County. You may remember that from last month’s NKGSA meeting report. There were concerns that in an emergency situation the delays from the additional NKGSA review time could prose a danger. So that and other concerns were modified so the permitting agencies can use their leeway and the GSA can gather the information needed. Chauhan said the policy was placed online for review and there have been no comments. Buche thanked Chauhan for her work in helping update the policy but the City of Fresno still finds the wording burdensome. He felt it would place too much work on the city to be able to meet the policy objectives. He said the city didn’t like the five day review turn around and would prefer submitting a batch at the end of the month. He said the city also doesn’t like the idea that a GSA would be setting down the policy terms. He felt that was outside the purview of a GSA and if these matters are not addressed and altered the city will vote no. Bakeman Water was also uneasy with the wording for the five day turnaround.

Kassy said there have been more than 150 new well permits in the NKGSA boundary. There has been no communication between the well owners and the GSA and this is an urgent matter. She said the GSA has no veto over drilling the well but much needed data can be gathered and she expects in almost all cases a standard letter will go out. Buche said he thinks if the committee can work together and get the wording right, even if it takes a few weeks longer the issues can be resolved. Redelfs asked if others felt that way and Bakeman said yes. Chauhan politely repeated her position that well owners need to be informed about SGMA and the GSA needs to be informed about the well data. The determination of whether or not the well can be drilled doesn’t rest with the GSA, but the GSA can advise the permitting entity if an undesirable result is found by the GSA.

It looks like next week there will be another policy meeting and Chauhan said if you want a change please provide the language needed to meet that result. Glenn Allen of Fresno County said he also wants to retain discretion on how long the review process can be. The board voted to move the policy to the next working group meeting and not take it to the board.

Next as an information item the member agency reporting policy was discussed. It had to do with how to route and agree on policy considerations so all the member agencies participate. If I understood correctly.

Ex O Report How Many Chefs to Make a Plan?

Chauhan gave her report saying her report is also in the packet. There is a January 8th deadline for the Prop 68 Grant and it looks like the support letters needed for the project can be secured. All of the member agencies have met about the percentage of overdraft they are responsible for. There is a simplified procedure being considered to link recharge with amount pumped. She sees this ready for a big meeting in spring of next year. She also spoke about outreach. There’s a guide to managing domestic wells under SGMA being written. Translations into Hmong are ongoing and it can be tricky as often the lack of technical language can turn a three page English flyer into a 12-page document in Hmong.

Chauhan also told the committee about the recent meetings at Stanford that paved the way for a collaborative effort between all facets of the community. She said a planning group has been put together. The airborne electro-magnetic flights took place last week. This where a helicopter flies around with a towed array magnet that can “see” underground and give some idea about the transition zone up against the foothills where the aquifer changes from fractured rock to alluvial on the Valley floor.

Chauhan also spoke about a plan for 2021. She and staff were going to work up a plan to help provide direction for the new year. Buche asked if this could be better done with workgroups. Claes said he believes it would be better for Chauhan to take the lead on this rather than work groups. Buche said he doesn’t want Chauhan to do all the work of developing a plan and then have to redo it like her well permitting effort. Wow.

Chauhan elaborated a bit more on what type of plan she is proposing. It’s more of a guide to stay on track with the GSP and the key milestones. Claes said that is the type of plan needed. The Groundwater Sustainability Plan is the “Plan”. The 2021 plan Chauhan is proposing is a guide to achieving existing goals and not creating new ones. Buche said this is a multiagency group and he doesn’t think one person should write the plan as it isn’t

diverse and inclusive. Chauhan said that participation is taking place in the Advisory Committee. Buche said sometimes he gets something in a packet and doesn’t have the time to process it all and that was on example of his concern. I’m not sure what he meant by that. I know he was attending the marathon Friant that took place earlier in the day and I’m sure we were all tired of meetings.

There were no public comments or further comments from the committee. So the meeting mercifully adjourned until January 8th. Go be good to each other.