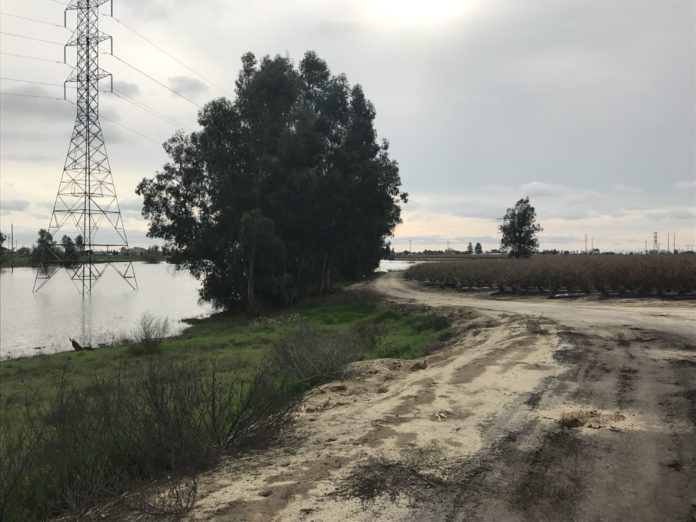 The North Kings Groundwater Sustainability Agency held its board meeting on Thursday, April 23, 2020 by teleconference from Fresno. The meeting had the option of calling in or streaming on GoToMeeting. NKGSA also kindly posted the agenda and board packet which takes a lot of confusion out of this type of thing. At 6:00pm Chairman Jerry Prieto called the meeting to order and we saluted the flag together online. There was a small bit of audio trouble but it was addressed right away.

Prieto asked NKGSA CEO Kassy Chauhan to go over the new teleconference rules to help things go smoother. North Kings has asked for public comments to be sent in ahead of the meeting. There were no comments and the board gave a roll call, as did staff, committee chairs and legal counsel. Staff from member agencies also answered to roll. Chauhan also asked folks to identify themselves when speaking – a great idea for some people don’t know other people’s voice well enough to recognize them.

There were no changes to the agenda, public comments or conflicts of interest. Prieto pointed out the November meeting is scheduled for Thanksgiving Day and that was agreed upon. The minutes were approved without conflict. The vote had to be by roll call. I’ve listened in on meetings that did not require a roll call with each vote if the vote was unanimous. Seems more efficient but may not be legal.

Provost and Pritchard’s Ron Samuelian gave a Kings Sub Basin coordination update. There was a good meeting to discuss more monitoring wells and meetings with Fresno County have been going well. The Nature Conservancy has made a data request and this type of request does go through the coordination committee for unified responses. California Department of Fish & Wildlife has been burning up the lines with Groundwater Sustainability Plan comments. There are some questions on what DWR will require from GSAs in the form of responses to public comments.

City of Clovis PUD Director Scott Redelfs is chair of the advisory committee and he said the recent April 10th meeting was by teleconference and meetings will go by a monthly schedule as needed to give everyone an opportunity to stay on top of things as they come. The NKGSA workgroup policy ad hoc committee was the topic earlier this

Chauhan reported the ad hoc committees that have finished input on the GSP had to be disbanded. A different way to deal with needed decision making was to develop a workgroup that could be called upon. She developed a policy to allow this to happen. The board approved.

Chauhan gave her report saying even with the shelter in place there has been a lot happening. She said the external affairs efforts have been augmented by the Kings River Conservation District. The KRCD has been very helpful and that team had a very good

reputation for outreach. It’s a good fit in my mind. NKGSA has met its first hurdle, the April 1st deadline for the annual report and the public outreach for that was well. KRCD will help with social media, a bit task in itself. The costs for these services can be shared with other GSAs. A press release will be issued tomorrow as a legitimate news item but also as a test to see which media in the area will pick it up.

Chauhan continued her report saying she’s been working with Fresno County on rounding out data for the GSP. An agreement to get the monitoring network in place is a priority and the sub basin is working towards this.

FID Engineer Adam Claes gave the board an update on the water supplies. He said April has been a very good month for additional snowpack. The Kings River runoff estimate is 60 percent where it was only at 40 percent just a few weeks ago. The Airborne Snow Observatory is making more flights soon. So that’s something to be happy about. The San Joaquin River watershed is very much like the Kings River watershed. This past February was the second driest on record. There wasn’t a miracle March, March wasn’t totally a bust but the first part of April really kicked in. The US Bureau of Reclamation increased Friant allocations upwards and may do so again before it’s all over this year.

Chauhan said she’s been working with Hailey on keeping to the budget and there will be more info next month. Now that the GSP has been completed, at least the framework, costs will shift and that requires further consideration. There will be a financial workgroup coming up. She said there have been inquires received about what this year’s fees will be and that has yet to be determined.

The annual report was posted on the GSA’s website. Chauhan said NKGSA is working with the McMullen Area GSA and its GM Matt Hurley. She’s been meeting with Hurley and FID’s GM Bill Stretch on ways to work together.

The Nature Conservancy made a public records act request for the shape files for the GSA’s boundary. Working with Provost & Pritchard she was able to get TNC the files.

Directors reports were next and no one had a report. Prieto said yesterday was Earth Day and he’s part Indian. He said his tribe has a saying, “We don’t inherit the earth from our ancestors, we borrow it from our children.” And that was that.