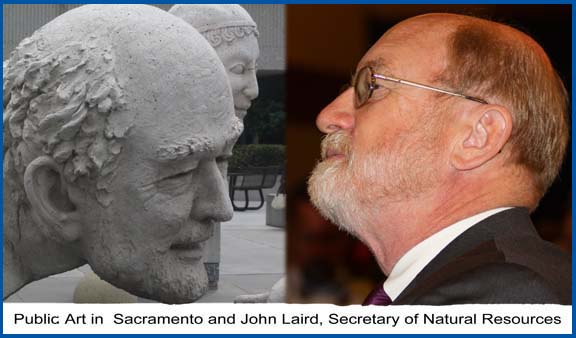 The North Kings Groundwater Sustainability Agency held its Advisory Committee meeting Friday, June 14, 2019 at the Clovis Police Department’s community room. This wasn’t the most attended meetings I’ve seen. Both Chairman Scott Redelfs, City of Clovis and Vice Chair Bill Stretch, Fresno Irrigation District were not available. So, Adam Claes, FID and Paul Armendariz, Clovis filled in. However, before the meeting some folks were talking about the economy of a Friday afternoon meeting. Rarer than feathers on a frog will a Friday afternoon meeting run long.

After calling the meeting at 1:30pm the minutes were approved and Claes gave Groundwater Sustainability Plan update. He said there is still some information needed from some of the seven GSA in the Kings Sub Basin. There’s enough data to finalize the water budget and mitigation projects are starting to trickle in. There may be some revisions of the well monitoring network. Provost & Pritchard has been coordinating with the GSAs in the sub basin and a big push is the water quality portion of the GSP. Self Help Enterprises has been helping with disadvantaged community outreach.

The GSP timeline is getting short for the January 31, 2020 deadline for submittal to DWR. Claes gave a schedule for completing the GSP. Public comments will begin on August 16th and lasts 45-days. There will be a 90-day notice for a board hearing. The goal is to have the NKGSA Board adopt the plan before Thanksgiving. There will be a November 21st public hearing scheduled and the board will adopt or not at its following meeting.

Next Claes showed some slides of the May 2nd outreach. They mailed 1,800 postcards and only 20 folks showed up. Oh well. Claes also went on Hmong television with Dao Lor with the Asian Business Network and talked about SGMA nationwide. The local NBC affiliate KSEE 24 interviewed Claes. And on May 23rd Fox 26 held a televised Townhall dedicated to SGMA. Overall; there was a good turnout. On June 10th five of the seven Kings Sub Basins got together in Riverdale for community discussion. This is the first of more such events put on by the Kings River Conservation District and Self Help. Rebecca Quist, KRCD was present and she said there were more folks from small communities than farmers showed up. But it was also well attended. Claes also spoke with planning commissions of the Cities of Clovis and Kerman and the Fresno County Planning Commission. It was an introduction to SGMA to help these commissioners g4t the details of SGMA and how it will impact their decisions. Boss of all things outreach for the NKGSA Brandy Swisher, Fresno Metropolitan Flood Control, reported she found out from Sarge Green of California State University, Fresno the CSU system is helping disadvantaged communities with grant writing for drinking water improvements. Swisher said there will be more outreach coming until they’re told to stop.

Claes said there are some GSAs in the sub basin already ready to release GSP draft plans and some GSAs are running a little late. All seven of these have to be assimilated, coordinated and stitched together as one GSP for submission.

Lisa Kohn, Fiscal/Admin Chair presented the committee with the fiscal 2019-2020 budget of about $868,000 or so. That includes coordination, legal and consulting fees. She said it is a good start. Claes said there could be $165,000 for video well inspection. All the monitoring wells need to be CASGEM compliant and there isn’t enough information yet. The new executive officer of NKGSA will be paid half from FID and half from NKGSA’s member agencies. That total amount is $280,000 per year. But I, like Nigel Tufnell before me, always have to ask – what are the hours? Kohn continued, explaining how cost shares are divided. There is a two-tiered method based on land area and population if I understood correctly. The big payers will be the City and County of Fresno. The spilt separates administrative costs from other costs. The member agencies will fund their own projects. There is no desire for the GSA to have to assess and bill for projects. The next step is for the Advisory Committee to recommend this to the board and it did so unanimously.

The last two items were public and member comments. There were none but for Claes thanking the government

committee members for helping with the planning commission presentations. And that was that.