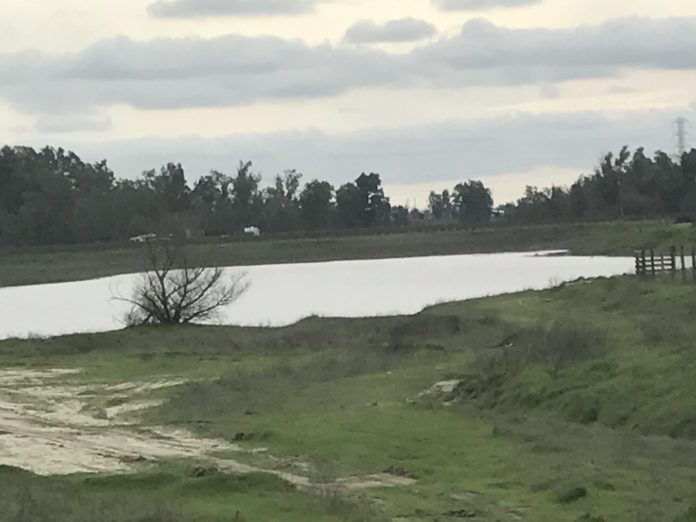 There were no changes to the agenda, the minutes were passed, there was no one from the public to speak out for any reason and the board determined they had no conflicts of interests lurking around. FID Engineer Adam Claes gave an update on the current water conditions. This has been the third wettest year on record. There is still 126,000 a/f of FID storage at Pine Flat Lake. That water will be sent down stream one way or another so Claes said FID is doing an all hands-on deck recharge effort. The district will continue running later into the season and is encouraging growers and landowners to soak as much as they can.

Provost & Pritchard’s Ron Samuelian presented a report on the GSP and coordination schedule. He said there are seven GSAs in the Kings River Sub Basin and the Department of Water Resources is leery about receiving seven GSPs from one sub basin. So Trevor Joseph, DWR’s main man on the subject came and helped give some ideas of how to handle this. There’s nothing illegal about filing seven GSPs but it would be better to have one GSP with seven chapters. The time line to do this is very slim There is a year and a half to get the GSP draft together. Serrato gave an example of how coordination will be challenging. The McMullen Area GSA has no surface supplies and pumps. The water gradient uphill is the Central Kings GSA and the NKGSA. There will have to be some serious coordination and so far there is hope this will take place.

Bill Stretch is FID’s Assistant GM and chair of the technical committee. He gave the board an update and echoed what Samuelian and Serrato said, not much time to do this task. He said FID has been monitoring wells in the district since the 1920s and the city wells have been monitored as well. So, getting that data together. Lisa Kohn keeps the City of Clovis running and also chairs the administration and fiscal committee. She said the total Prop One grant of $1.5 million will be split six ways with the Central Kings GSA will share with the Southern Kings GSA. The Kings River Conservation District will be the fiscal agent for grants. Dwight Miller, Biola Community Service District is chair of the membership/outreach committee said the consultants helping are going overboard in doing a good job. Miller showed the website and gave a few of the analytical figures. He said rural schools are being pursued by Self-Help Enterprises partners to educate them on the SMGA situation. Miller said all the local papers are being contacted for editorials. Miller himself cranked out 750 words for the Metropolitan Flood Control house organ. He said the big challenge and the big help will be to find willing landowners to participate in recharge efforts.

Sue Ruiz, Self-Help Enterprise spoke a bit about developing a grant. She said S-HE has been working with disadvantaged communities for some time. The connections are there already. She talked about some of the grants that have been in play. But there needs to be more. She’s been reaching schools in Tulare County and will be applying for Prop One grants and is looking for support from NKGSA. The board approved writing a letter of support. Serrato explained this isn’t the usual way to get letters approved and asked the board to give him the authority to deal with this without going to the board first. The board trusts him and OK’d it.

Deanne Hailey, FID controller introduced Brian Henderson, CPA who was pretty upbeat about the audit. He gave a clean bill of health to all the books, revenue/expenditures and procedures. The board approved the audit and Hailey went on to get them to approve the financial reports.

There was nothing from attorney Kevin Dale’s legal department but Serrato wanted to talk about Semitropic WSD’s proposal to take flood waters from the Kings, Kaweah and Tule Rivers to a 30,000 a/f recharge basin near Kettleman City. This water would then be moved downstream in the California Aqueduct to Kern County. Serrato said it would be suicide to allow this to happen in light of SGMA. There is a great amount of opposition from not just the Kings River Water Association but counties and others. The KRWA put in an application with the State Water Resources Control Board stating the Kings River is already fully appropriated but should the board open it up KRWA entities are asking to be first in line. Shortly after the KRWA filed STWSD filed as well. Prieto pointed out this puts more than just the flood water. If the Kings River is opened up other rivers are at stake but even the current appropriation could be under gun. Serrato penned a letter to the California Water Commission opposing STWSD application for a Prop One grant of $540 million. STWSD doesn’t own the land, it purchased a flood easement. Fresno County’s alternate representative to the NKGSA Bernard Jimenez said Fresno County is fully in opposition.

The lone directors report was Jimenez who said the county is involved in other GSAs and the NKGSA is further ahead. Prieto was thankful for this in his gratitude he adjourned the meeting.