The Pixley Irrigation District held its Thursday, February 11, 2021 board of directors meeting remotely by Zoom. Chairman Frank Junio opened the meeting at 9:04am and General Manager Eric Limas said the minutes were ready. The board approved the minutes and things were rolling. There was no public comment.

Limas presented the board with data on the District’s evapotranspiration rates. This is the same data available to growers on their website. The amount went down in 2020 from 2019 and while it wasn’t clear why staff is looking to find the reason. Limas said the first half of 2019 data was gathered by Cal Poly San Luis Obispo and there after by Land IQ. No one at the meeting felt the difference was due to less acreage. Surface supplies were also more plentiful in 2019 which could cause more evaporation.

Limas reported the groundwater transfer policy is being developed by hydrogeologist Tom Harder and Land IQ. The goal is to allow transfers within the Tule Subbasin. There are several scenarios of transferring both water and credits in and out. There are several growers with land in more than one district and GSA.

A Watershed Planning Grant is being sought and a plan being developed. Limas said this should wrap up mid-summer and the plan will allow them to compare options of bringing more land into habitat and other management actions. He also said there is now a Watershed Coordinator thanks to another grant. It’s expected to bring in a part time grant writer and that could expand into a bigger role. The financing is for three years. Whether to hire outright or retain a consultant is the question. Who has the skills and wants to work part time? In addition to grant writing they have to perform outreach to DACs and inter-GSA matters and more. The grant is $300,000 and that amount will have to cover salary and overhead for three years. Limas said it will be a learning process like all of SGMA.

There is a Tule Subbasin Land Trust asking for money. It’s a nonprofit and taking donations. Limas said PID doesn’t have to make a decision today. It costs about $60,000 to keep the doors open. The Nature Conservancy kicked in $25,000. Limas recommended starting at $5,000 to $10,000 for a donation. If a project comes up they can always give more. The board gave $7,500.

Limas reported the annual DWR SGMA update is due April 1st and Four Creeks Engineering and Harder are working on that report. Four Creeks and Land IQ are installing weather

stations on fallow land to help provide better data and answer some questions to help people make decisions regarding land use. They said maintaining fallowed land by discing it isn’t good for the soil and some dryland farming might be a better option.

Water reports were next and Limas had a chart that showed 1976-1977 is the driest year on record. The wettest year was 1983. Often dry years start off dry but improve after March. Right now the Friant Division on the Central Valley Project is looking at a 55 percent allocation. That forecast will most likely tract up towards April. There is still room for

optimism. We’ve all seen the miracle March. If we can get one or two or three more storms like the most recent, things can change for the better.

Limas said the Friant Kern Canal has been down for the past couple of months for repairs and maintenance. Milfoil is an aquatic weed and the canal was treated so they are being very careful in refilling to ensure there is enough dilution to prevent harm to crops. This isn’t something new and has been done successfully many times. Limas also said the Friant Water Authority is focused on funding for the FKC repairs. PID is waiting to have a meeting with Friant.

Former PID and Lower Tule River ID GM Dan Vink gave the South Valley Water Association report saying he had a conversation with the USBR on the FKC and they are looking from money from Friant in order for the $250 million match to move things along. FWA contractors are looking at $50 million and there is more coming from the Eastern Tule GSA agreement.

The San Joaquin River Restoration Settlement has a window opening up in 2025 to recalibrate the amount of water committed and Vink said they are working on making sound decisions and gathering a case before that date.

Vink said the situation at Shasta looks like a critical year and that can trigger a change in allocations, lowering the amount for the wildlife refuges, the Sacramento Valley Settlement Contractors and the Exchange Contractors. This reduces the amount of water Ex Con gets from around 800,000 a/f to 600,000 a/f. This in turn reduces westside allocations. Vink said at this time the Bureau isn’t looking to take SJR water from Friant to meet Ex Con’s supplies.

Vink is involved in the Land Trust saying the activities needed a shot in the arm to get rolling and both PID and Lower Tule River ID helped but they were never intended to be the funding source. Grants are being sought to fund the projects. The physical office needs are pretty small and that could be fairly easily funded through donations. He said the

Watershed Coordinator Grants award was a big win for the area. Only five out of 25 agencies were awarded funds. There were some big players who didn’t get the grant so he said it was excited to see PID win one. He said there are two basins proposed for the Deer Creek area and grants are being sought for them. Actually, there is an application to be selected to apply for the grant itself if I understood correctly.

Not sure but I believe it was Operations Manager Mike Battles who reported the recent past was full of safety meetings. There was an accident removing an underground fuel tank which shifted causing a truck and trailer to roll over. The driver needed a few stitches and was pretty sore but he’s doing alright and is back to work. Good for him. It didn’t sound like the truck was so fortunate. As an example of why state regulation isn’t popular moving that tank was near a school so the Air Board required the school notify the students’ parents and that caused some comment.

The district also got new pickup trucks. I’m not sure how many and what kind but good for them. There is a new gate for a turnout that is more than 10-days late and the virus is being blamed. It was also difficult to get a building permit on some project or other from Tulare County. It took several months. On a twist Southern California Edison is waiting on the project to get its part finished. The district crew also has been working on graffiti clean up. Those frustrated artists and their spray cans. And the wire thieves and others need to change their evil ways. Limas said PID needs to pass a resolution in order to file a notice of exemption from CEQA on a recharge basin metering project. The board passed the resolution.

Limas reported the district’s internal control procedures are being updated and he shared this with the board. He said this is for the auditors benefit and to give the board information about the details. There are new employees now and staff is making sure everyone is clear on the procedures and policies. He said the financial statements were next and the board approved the statements and accounts payable. And he said it may be time to ramp down the Deer Creek Tule River Association since most of the issues for forming it have been resolved, if I understood correctly.

Attorneys Alex Peltzer and Jennifer Spaletta were online for closed session and they charge by the hour, or 16th of an hour or however they do. So, the meeting went into closed session at 10:27am and that was that.

DISCLAIMER OF RESPONSIBILITY; Waterwrights.net strives to provide its clients with the most complete, up-to-date, and accurate information available. Nevertheless, Waterwrights.net does not serve as a guarantor of the accuracy or completeness of the

information provided, and specifically disclaims any and all responsibility for information that is not accurate, up-to-date, or complete. Waterwrights.net clients therefore rely on the accuracy, completeness and timeliness of information from Waterwrights.net DAW entirely at their own risk. The opinions expressed in this report are those of the author and do not represent any advertisers or third parties. 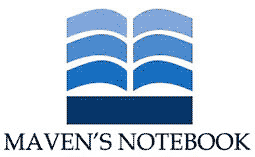