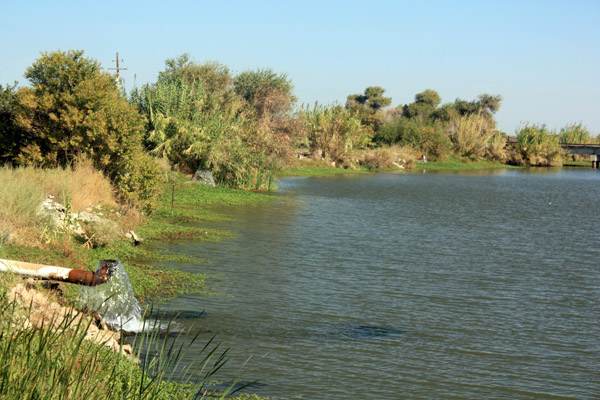 The San Joaquin Valley Water Infrastructure Authority JPA met at Fresno Irrigation District headquarters in Fresno on Friday, November 17, 2017. Chairman Steve Worthley, Tulare County Supervisor kicked things off at 9:00 am with a pledge of allegiance and approval of the minutes. Other housekeeping measures were dealt with in short order. Worthley then gave the board an update on the hearing before the California Water Commission regarding the JPA’s application for Prop One funds.

The original application had a pre-review by CWC staff. During this review there was some items identified that would improve the chances of success that could be addressed by an amendment to the Temperance Flat Dam application. So, the SJVWIAJPA went back and filled in the blanks. When this was brought back to the CWC board its staff came up with out of the blue objections. Worthley gave a blow by blow account of the battle of wits and parliamentary procedure that allowed the inclusion of the amended portions. Steve Chedester, Executive Officer of the Exchange Contractors was present at the same meeting and said consulting engineer Bill Swanson and Central California ID’s General Manager Chris White were outstanding in their ability to give cogent rebuttal to CWC staffs’ objections. Finally, the CWC board allowed the inclusion.

Mario Santoyo, GM of the JPA said this means Temp Flat will have one of the very best applications. On December 13th there will be a hearing of the CWC in Sacramento and Santoyo urged as much attendance in support of Temp Flat as possible. There may be a bus chartered so a bunch of folks can go and cheer the project on. Although, JPA board member and Fresno County Supervisor Buddy Mendes cautioned, correctly I believe, those attending not recreate the barroom scene from Star Wars. Santoyo said the next major milestone will come in January of next year when the CWC public benefits ratios will be adopted. He sounded positive as the computation of the ratio isn’t subjective – meaning CWC staff and other bureaucrats can’t sway things with their opinions.

Santoyo also talked about Friant Water Authority’s MOU group. This will raise about $1 million for modeling and the JPA isn’t directly part of the MOU. Chedester said, as did Santoyo the MOU must tie in with the JPA. Worthley said the JPA must stay on task with the Prop One application so this project doesn’t appear to be a bait and switch. The board gave Santoyo direction to continue working with Friant on this MOU.

Next Santoyo spoke about moving the project forward by getting congressional authorization to build the project in the first place. That will require the Secretary of the Interior to notify congress this is a good project. This is done with a final feasibility report. The US Bureau of Reclamation came up with such a report but the details left the stakeholders cold when it came to operations of the new dam. This has been reworked and is still being finalized to develop a locally preferred plan. The Bureau has a deadline of August 18th to get the feasibility report to the padishahs in Washington DC.

Worthley then asked Santoyo to report on an October 25th meeting at consultant George Soares’ Sacramento office where politicos and ag interests met to speak on what is being called the Jerry Meral 2018 Water Bond Initiative. Santoyo said Antonio Villaraigosa, former Los Angeles mayor and gubernatorial candidate was there and spoke out freely on his support for not only the bond but Temp Flat. Gary Serrato, GM FID said this bond has $700 million in it to fix the 60 percent loss of capacity due to subsidence on the Friant Kern Canal and is supported by the FWA. Going further with the plan Santoyo said a Trans Valley Canal is included in the funding. The Cross Valley Canal in Bakersfield operated by the Kern County Water Agency is the only east-west conveyance between the Friant Kern Canal and the California Aqueduct. The Trans Valley Canal would do the same thing only further north at the midpoint of the San Joaquin Valley. The proponents of the Meral Bond have requested the JPA to lend its support. While there doesn’t appear to be much opposition it isn’t clear if Governor Jerry Brown is supportive. JPA Director Dave Rogers, Supervisor Madera County said the content of the bond has the political necessity of statewide benefits. There is a slug of money for the enviros as well. The board voted to support the bond.

Worthley, Mendes and Santoyo gave a presentation to the San Joaquin Valley Regional Association of California Counties Conference. By the time the organization with such a long name was called to order it was lunch time. Not really, the three gentlemen were the first to give a presentation while folks were still awake. They said it was really well received with other counties expressing interest and finding out they too gain benefits. Mendes said it went so well he and Worthley are taking the act on the road to CSAC, the California State Association of Counties. There have been requests for Swanson to give presentations to various Farm Bureaus and since Medes and Worthley work for food, that might be the better course for now.

Mendes also appeared on local radio with others plugging the Temp Flat message. He said it went well. Santoyo said the tie-in with boxing has also opened up new avenues to getting the message out. There was a town hall type forum recently at Peoples Church where some enviros tried to hijack the show but failed. It was televised and not as many people attended as hoped. Worthley said he hoped one of the messaged he hoped got out was Temperance Flat will serve many purposes but operationally the water will stay in the Valley. Chedester reminded the board there are CVP interests from the Silicon Valley that might be investors. I asked the board if it felt most of the ag counties understand the needs and benefits of transfers within the region. Worthley thought there needs to be more education. Mendes asked me if I knew the greatest beneficiary of Temp Flat and I said I hope it will be FID since I live in FID. City of Fresno takes first place. A presentative of Kings County pointed out his county’s opposition to the project also up for a Prop One grant that would take Kings River flood flows to Kern County for banking.

That was about that for the meeting. The next meeting will be December 8th.

Directly after the meeting boxer Jose Ramirez was given a proclamation for his help in promoting water in the Valley and Temperance Flat. I didn’t catch his weight class for sure, possibly welter weight, he isn’t as heavy as I am, in fact he’s kind of skinny but I bet he’d kick your butt. He’s ranked and a contender for the world championship. He’s also fairly articulate and humble in a gracious way. He’s used his notoriety to further the Latino Water Coalition’s message. He’s identified with the Fight For Water and best of all he’s from the Valley. So get behind him.

His Next fight will be for the world belt in February. Santoyo hoped the fight could be staged in Fresno but typically take place in Las Vegas.