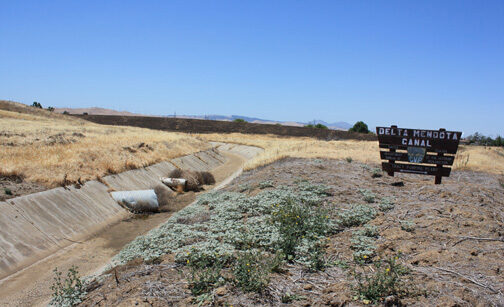 The San Luis Delta Mendota Water Authority held its board of directors meeting on Thursday, May 6, 2021 remotely on Zoom from its Los Banos headquarters. Chairman Cannon Michael called the meeting to order at 9:30am. Attorney Rebecca Akroyd called roll and there was a full quorum and a lot of folks tuning in. Westlands Water District’s General Manager Tom Birmingham announced he will have to leave the meeting early for another meeting related to SLDMWA business.

The lead item was adopting the consent calendar. The board approved. Akroyd had to let everyone vote by roll call. That slows things down. I’ve seen boards vote for the negative; in other words you don’t need to speak up unless you’re opposed to the motion.

J. Scott Petersen updated the board on pertinent legislation. He covered four pending bills, both federal and state. There was one bill that’s outrageous. AB 377 Robert Rivas (D-Hollister) would really screw up local control by moving more wastewater authority from the Regional Board and give more power to the State Board, which is appointed by the governor, not an elected body. The board was all for this bill except for Santa Clara Valley Water District, for some reason. Besides SCVWD’s ununified position all the staff recommendations on legislation opinions were approved.

The board agreed to a $816,888 contract award to Terracon Consultants of Lodi. Pablo Arroyave explained this is work on the Delta Mendota Canal subsidence study. I read through the packet, not word for word, but it is a lengthy agreement for geotechnical work. Michael asked the board to halt the discussion on this item. Pam Tobin VP of ACWA had a presentation and limited time. She said the ACWA JPIA sent an insurance refund to SLDM for more than $100,000. Tobin said the Authority has worked very hard to prioritize safety. Good for them. Michael welcomed her to come back every month.

Back to the geotechnical contract Akroyd said there is some good news about CEQA and NEPA exemption, at least at this time. Small bore holes will be drilled for soil samples and that’s considered data gathering. There was a question about prevailing wage and yes it will be applied to this contract. The board approved the contract.

Reports were next and the first one was by Petersen about what’s going on in Washington DC. He said Mike Connors is appointed to the Army Corps of Engineers and Connors is well known and has worked with many folks in California water. A joint statement by the Agriculture and Interior Department was made that a drought taskforce will be formed.

Petersen said the US Bureau of Reclamation is launching a new funding opportunity for environmental purposes.

A troubling development in some federal grants is the racial quota provisions that places limits who is eligible based on ethnic background. I thought it was racist to judge someone by their skin color. MLK must be scratching his head.

Petersen said the Fish & Wildlife and NOAA opened a comment period for a couple of fish in Northern California to be added to the Endangered Species Act list. Killer whales are also having their status reviewed under ESA.

There is a bill to provide conveyance capacity by Congressman Jim Costa and Senator Diane Feinstein that would provide funding for the California Aqueduct, the Friant Kern Canal and the Delta Mendota Canal as well as millions for salmon restoration on the San Joaquin River.

Kristin Olsen of California Strategies gave a report on the mischief in Sacramento. She mentioned State Senator Melissa Hurtado’s SB 559 is getting good traction. I didn’t follow everything she said but it sounded like Cal Strat is really helping to get SB 559 passed. I wish there would have been a written report in the packet. Olsen talks pretty fast. She comes across as high energy/enthusiastic. She said PPIC did a poll a few weeks ago that showed 40 percent of the voters support the recall, but Republican poles show it’s more of a 50/50 deal. She also said the City of Sacramento is starting to reopen some. The capitol is still closed to the public, however. Maybe next month there can be a written

report because that was a big amount of information given. Petersen said there was a tour of the Jones Pumping Plant by consultants the Foley Team (feds) and Cal Strat (state).

Executive Director Federico Barajas gave his report and started with having Frances Mizuno giving a transfer report. She said the transfer proposals are being reviewed and carriage losses could be 25 percent according to DWR. The Bureau says more like a 30 percent loss moving water from north of the Delta to south. The Shasta temperature plan model calls for keeping transfer water in the cold water pool behind the dam until releasing incrementally starting in August. This monkey’s with the calendar and will require some adjustments to allow the transfer pumping to take place later in the year.

Barajas said staff will keep the members apprised of what is happening with transfers. He said in addition to the federal task force a similar state group is being formed. He noted north of Delta CVP contractors have had their allocation suspended until further notice. He said the Bureau is still working with contract conversions. He said the Tehama Colusa Canal Authority is now negotiating with the Bureau and other CVP contractors are keeping an eye on this. He said if TCCA gets a better deal SLDM will go back to the Bureau and ask for the same agreement.

emergency drought declaration. He wanted to know how the declaration would impact things. There are different opinions on what the consequences will be. Barajas said there needs to be communication and a drought proclamation doesn’t yield anymore water. Such a declaration could cause a relaxation for certain projects permitting under CEQA. He said there is a great deal of pressure on Governor Gavin Newsom from local elected officials from all over the state to make the emergency drought declaration. I’d like to hear how the recall is influencing the timing of this decision.

Arroyave said staff is stepping up communication with the Bureau regarding rescheduling in San Luis Reservoir. He said the Bureau will rely on SLDM to help gather input from its members. Very little pumping has taken place at Jones. Only one pump will be running between now and the end of the month. Remember these are very big pumps. They were not designed to start and stop; the torque is immense and it wears them out. So, only one pump is running to prevent starting things up from still.

Diedrich asked about the rescheduled water in SLR. Arroyave said if the transfers don’t materialize that will put more pressure on how SLR is operated but at this point he doesn’t see a danger of losing carryover. Having said that he said things could change on a moment’s notice.

Tom Boardman gave the water report saying there is 2.25 million a/f in Shasta and that is the third lowest amount this time of year on record. DWR started reporting on snow runoff at the beginning of April. By the end of the month that estimate was revised downward by more than 25 percent. The Bureau has completed a temperature management plan for

Shasta releases and has submitted it to the State Board. Last year the wrangling back and forth between the State Board and the Bureau resulted in a Temperature Management Plan being released in August. Hopefully they’re more in sync this year. Boardman said Folsom is experiencing the second lowest storage levels in about 60-years. It’s in worse shape now than in 2014. Throughout the state the snowmelt has not turned into runoff. It’s being absorbed into the dry ground. There is only 20 percent of the snowpack left and temperatures are rising. This lack of runoff is causing less and less releases from the reservoirs as they haven’t been filling.

Boardman said the outflow requirement in the Delta has dropped to 4,000 cfs but with the reduced releases the pumps are also limited. He doesn’t see more than one unit running at Jones for the rest of the summer. Even power generation is being impacted due to reduced releases. It didn’t sound like there will be a south of Delta ag allocation this year. Met WD

doesn’t have a plan to take Yuba water south this year and that could put more state water in SLR. This could set up a situation where CVP could take some of this state water earlier when it’s needed to prevent a train wreck later in the year. The transfer water would in turn be given to the state later in the year. Boardman also said he doesn’t see a problem of losing rescheduled water, at least not before August. Barajas said he has hopes there will be some work next week on how SLR will end up being supplied and operated. He said this has to be know by the end of the month or it won’t do any good.

Committee and other Reports

Mike Wade of the California Farm Water Coalition said his group is producing infographics about the impacts of drought this year. There was also an infographic based on Dr. David Sunding’s economic impact report. In 2014 there was a misinformation meme that said urban users had to cut back water usage while ag didn’t. Not true and he doesn’t want to see that repeated this so CFWC is doing media outreach to get ahead of that kind of fake news.

Diedrich reported the ACWA virtual conference is May 12th and 13th. The ACWA Ag Committee is meeting May 26th and USBR Regional Director Ernest Conant will be the speaker. Director John Varela reiterated the benefits of tuning into the ACWA conference.

Michael said there are two items in closed session. But really there were 18 total but divided into two parts and not all of the agendized items will be discussed. I knew what he meant. Well, there you have it. San Luis Delta Mendota’s open session portion of its May board meeting ended at 11:18am. And that was that.