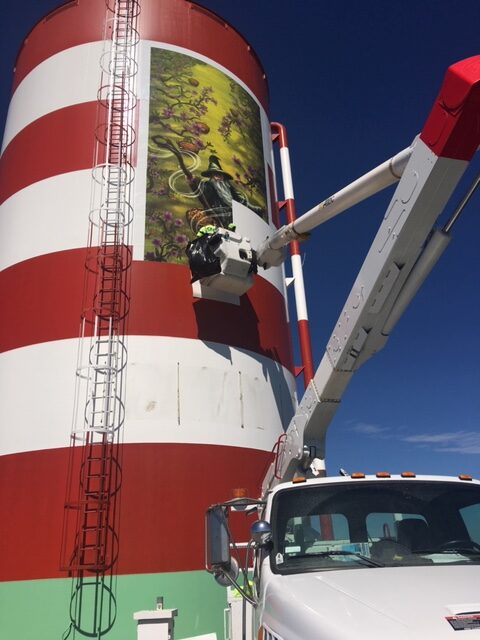 The Semitropic Water Storage District board of directors held its Wednesday, March 10, 2021 board of directors meeting on GoToMeetings – not one of the better online meeting services in my humble. Chairman Dan Waterhouse called the meeting to order at 12:30pm and General Manager Jason Gianquinto asked the amazing Marsha Payne to take roll. There was a quorum and the agenda was approved. Although there wasn’t a flag salute SWSD acknowledged it is a part of this great nation of ours. I’d like to mention one of the finest men I’ve ever met in or out of the water is former SWSD GM Will Boschman. Many of you have heard Mr. Boschman had a stroke. The latest update I have is he’s improving and can receive letters and such. I know many of you join me in giving thanks to Jesus things are improving for Will.

The minutes were approved and Gianquinto asked Bobby Salinas to cover the treasurer’s report. Salinas did so and threw in the financial report and the bills the board owes. The board approved all things dealing with money.

An emergency declaration concerning the replacement of lateral CE near the High Speed Rail overpass at Peterson Road was approved.

Gianquinto gave the board a review of the evapotranspiration summary provided by Land IQ. Landowner statements will be disbursed soon. Gianquinto also asked the board to consider a dry year water supply program, SWSD energy rates for 2021 and emergency water rates for 2021. There were many price per acre foot amounts spoken, far too much for me to list here. Part of the problem is if there were any visuals posted I couldn’t see them due to the crappy GoToMeeting interface. I ended up on the phone listening in. Again, this is no reflection on Semitropic – this problem is due to either GoToMeetings or one of the squirrels in my machine isn’t on its treadmill.

There was some discussion about the cost of water verses the amount of penalties. If emergency water is $500 per a/f and the over pumping penalty is $500 per a/f there’s no incentive to back off of pumping. Gianquinto said the cost variable is from $350-$600 per a/f because of costs the districts incur. The board voted for the $350 price.

Semitropic engineer Isela Medina gave the report on the energy rate to be $5 or so per a/f canal delivery and $85 per a/f for a deep well. Medina said the new PG&E tariffs didn’t hit SWSD this year but could kick in next year. This equals 17.5 cents per kilowatt. The board approved.

Gianquinto said the practice in the past for emergency water rates has been for staff to determine which tier is most appropriate per grower. Waterhouse and the board concurred.

SGMA news was next and Gianquinto said the Groundwater Report required to be submitted to DWR by April is somewhat the same as last years. There are some updates in data with a supplemental report going into more detail than last year’s report. The Kern Groundwater Authority is the ultimate author of this report.

The board was asked to adopt resolution ST GSA 21-01 approving landowner water budget program. The agenda said this plan is exempt from CEQA. This is the management action number one from the GSP. It has a temporary supplemental use program that kicks in this year. The water budget compliance has a fine included. Most of this is on the environmental side and the firm of Woodward & Current prepared much of the language based on its evaluations. There was a great deal of discussion about various ways fallowed properties can be accounted for.

the answer is no. DWR has a trashcan full of plans to review before the end of the year so it will come along eventually. There were also questions about what Lost Hills’ impact on Semitropic’s SGMA compliance is and staff will come back next month with a report.

The resolution itself was then laid out by Gianquinto and the board. He said it would be helpful to get a webinar together to walk the landowners through the sustainability program and water budgets. After a lot of questions the resolution was passed with one modification regarding participation.

Next the representative from W.M. Lyles gave his report saying he will be brief. He spoke about some plant and chemicals and got into details about how the chemicals play in with the pumping plant and maybe it was just me but the report wasn’t what I’d call brief. He always says he’ll be brief but his reports never strike me as brief. But these reports are for the board and the information isn’t just busy work. I’ve seen many staff and consultants inflate reports to justify their existence. This wasn’t that.

GEI Engineering’s Larry Rodriguez said the last time he’s attended a live meeting was a year ago at the March 2020 Semitropic board meeting. He said the intertie project is still on going and GEI is observing the work. An engineering peer review was conducted. He said GEI is keeping its ear to the ground at DWR and has some ideas about how to deal with the eventual DWR review of the GSP. Rodriguez said the groundwater model is almost finished with almost all the latest data incorporated.

Political consultant Dean Florez reported saying the legislation in Sacramento is close to clearing to the committee stage. He’ll be meeting with Semitropic board members and staff tomorrow. He said nothing critical is on the very edge just yet but there are many positions to be decided upon. He said there could be changes to the bills and he’s on it. Florez said the Gav has been campaigning on vaccinations. There have been 2.1 million signatures collected for the recall, more than enough but they need more for a cushion. He thinks they have the needed signatures and the actual recall vote will be most likely held in November.

The first question on the ballot is, should the governor be recalled? The second question is, which candidate should replace him? Gray Davis had 114 folks running against him. Florez said the recall ramification is driving a good deal of what’s happening in Sacramento. He said the legislators in Sacramento are looking at limiting the number of bills this session. Florez said it looks as if Senator Diane Feinstein is thinking of stepping down as she didn’t take on many of the committee chairs she usually has in the past. Waterhouse asked if she did step down would Newsom appoint himself if he’s recalled. If I understand he could do so. Florez said the effort by the dems will be to keep dems off the ballot. Last time Lt. Governor Cruz Bustamante ran against Davis and that ended up with RINO Schwarzenegger taking it from Davis. Someone said they are being so intensely picky about signatures that if the ink touches the boarder of the box it is kicked out. Wow, anything to thwart the will of the people. Someone from out of state asked me if undocumented aliens will be allowed to vote in the recall.

REDTrac’s Greg Allen gave his report saying more than 100 different landowners’ power has been included in the district’s energy study program. Allen said SWSD has had a “micro-grid” before that had a name. He said they are popular right now with the gov’t and the enviros. There is money available from grants and low interest loans. He said now is the time to take a serious look. The PUC has ruled an approved micro-grid can sell power to the neighbors and that means Semitropic could be a smallish utility providing power to the grid. Allen said he’s ready to sit down with the energy committee and start talking through this idea. Waterhouse said with the Diablo Nuclear Plant coming offline in 2025 there goes (I believe he said) a fourth of the state’s power supply.

Allen said one of the state’s most needed powerlines runs up the Valley and it should have been upgraded years ago and hasn’t. That’s the line that serves Semitropic. Gianquinto asked about batteries tying into microgrids. He wanted to know if storage in the form of batteries is progressing. Allen said the big batteries are large vats of chemicals that create the storage and come without any warranty. He suggested a small battery first because so much depends on the software. Someone said there is a plan to install a floating wind farm off the coast where Diablo is to take advantage of the connections to the grid. There are proposals to put up big batteries at Morro Bay. No one knows if the Coastal Commission is in favor. So they close Diablo, cheap, clean and renewable for more wind power. That part of the coast doesn’t have enough fresh water or power to keep the population big enough to support the needed tax base, or so it was said.

The last clump of items on the agenda was informational. Gianquinto let the board know the district’s Sinovirus plans are still in place. No one is really sure what to expect from the gov’t on regulating the “itis.”

Gianquinto said the State Project pumping at Banks is down to a small amount due to reduced Delta inflows. He said the allocations from the State Water Project could be very low this year, much less than 50 percent unless the storm taking place as this meeting was being held and others kick it up a notch. He said to plan for 146,000 a/f of recovery from the water bank.

Gianquinto recently spoke on a panel about SGMA impact for the Urban Water Institute and was able to introduce the San Joaquin Valley Water Blueprint to an audience largely from the Los Angeles Basin. He reported that attorney Valarie Kincaid gave a timely warning at the recent Kern Groundwater Authority regarding a draft report from the State Board. The State Board staff was really reaching on climate change impacting water rights and opening allocated streams.

Medina reported the REDtrac program is about to wrap up. She said the crop report survey is coming up soon. Gianquinto added the freeboard issue at the pump back program has been addressed, as has the vibration issues with the pumps being used.

Gianquinto said the district will stop pumping into the Aqueduct during delivery season and focus on the district’s system.

The meeting went into closed session to talk about eight legal items. There are six legal