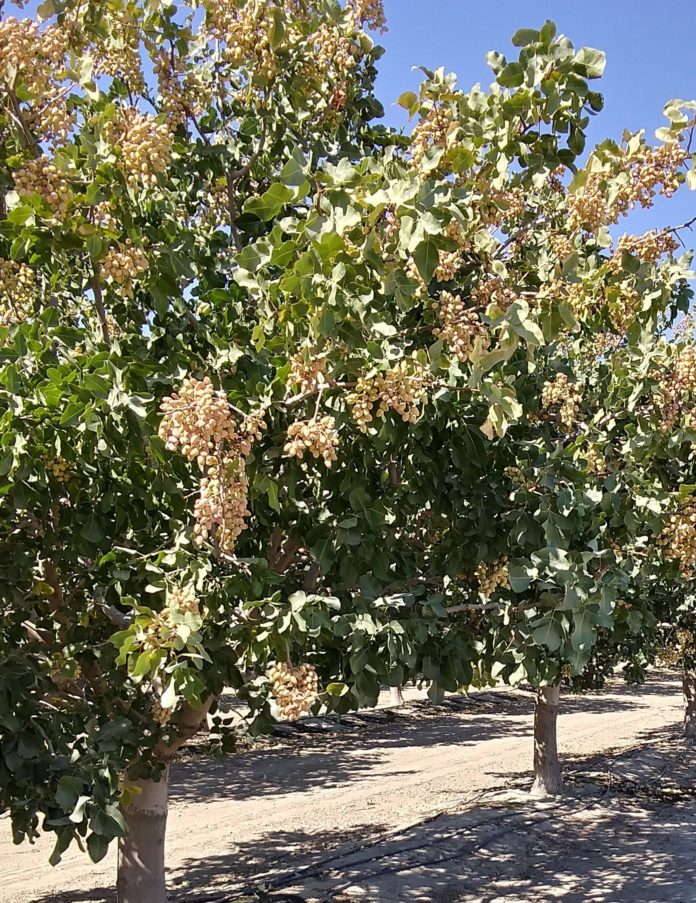 The Shafter Wasco Irrigation District held its board of directors meeting on Wednesday, April 15, 2020 by teleconference. I haven’t attended in a SWID meeting in years but now that the scheduled time has changed and I can call in from home I’m happy to give you a report on this district. The board has changed three directors since I last was there and the time of the meeting has changes as well. It used to meet in the afternoon which made it possible to go have Chinese food with the board and staff after the meeting in a great restaurant in Shafter. I’m sorry I can’t remember the place’s name, if someone reading this wants to send me an email please remind me. It had a great steak dinner and the owner was a character. Also, very important, there was never a quorum of directors at the dinner so no Brown Act violations took place.

SWID President Craig Fulwyler and General Manager Dana Munn got things going at 9:00 am. Munn and a couple of the directors were at the Wasco headquarters offices but they announced they were sitting at least six feet apart. Roll call showed a full quorum of directors and the usual camp followers listening in. There was no public comment and the consent calendar was approved.

The minutes were also approved and a lady consultant whose full name (Michele) I wasn’t able to catch gave the board an update on SGMA matters saying all the pertinent information Todd Groundwater needed to model the GSP. The information was compiled and turned to DWR for the first year review by the deadline. There are also two more monitoring wells under consideration. The locations are still be narrowed down. Whether or not the wells will be nested or just deep aquifer is still being decided.

The Seventh Standard Annex project was presented by Provost & Pritchard’s Rick Iger and Ken Bonesteel. Iger said there are three action items and resolutions needed. One of them will entail a public hearing. Munn said the hearing will be for establishing a fee schedule for assessments and this is needed to get everything on the tax rolls nice and neat. The board approved the procedure. All action votes were by roll call. Bonesteel said updating the tax rolls from 2019 will require resetting

the bills by different rates. This is one of those items that are put into the official minutes. So, I recommend if you need to know the different rate categories, fees and charges see the minutes or better yet inquire about district policy. In any event Bonesteel said all the parcels have been sorted out and ready to send to the county. The earliest this can be implemented will be the June board meeting so the appropriate posting period can be observed. The board was fine with this knowing the landowners in the annexed area had been consulted and the rates were from the most recent Prop 218 rates. The board approved.

Next Iger presented the board with the special agreement with Sill Properties. Sill brought in extra water so its assessments were a little bit different. Sill has signed off on the agreement and the board approved SWID’s entering into the contract as well.

Munn said the landowner’s notice hasn’t been sent out yet as the situation has been influx. SWID is a Friant contractor and the Airborne Snow Observatory data hasn’t been compiled yet. But Munn was expecting a bump from the current US Bureau of Reclamation’s 40 percent allocation. SWID said he expects to get a yield of almost an acre foot per acre. With the other factors such as banking and water quality requirements have all been changed since the last storm. He said very little water is being delivered this month. SWID got almost 2,000 a/f of carryover from Madera ID and there are banked supplies available. SWID has a policy to bank as much as it can. With all that figured in Munn asked the board for direction to send notices out next week after the Bureau comes up with a new allocation.

The rates have been set from the latest Prop 218 rates from 2016. Munn said keep the water rate as low as possible – I think I heard about $95 per acre foot for ag water. This is cheaper than most of the neighboring districts was mentioned. The board approved the rate.

The regular SWID land area also needs its assessment rates turned in for the tax rolls. The 218 election included an adjustment for inflation. Munn said the reserve water goals are not yet fully funded. At that time it would be ok to lower the assessment rates but until then the board approved the existing rates.

Bloemhof Farms is a landowner in the district that is recharging its own water on its property. There are two other landowner recharge areas on the same delivery system. Recharge has second priority to regular water delivery canal capacity and the board agreed to this.

The City of Shafter has two parcels on the northside of the city that has been paying standby charges. This was ag land until recently and subject to standby charges. There are considerations for a park and a school which will create other agreements to be approved for SWID to provide water. For the meantime the board has approved removing the parcels from being billed standby charges.

There has been an item introduced post agenda being considered. A landowner came in recently and asked to be removed from a water transfer he didn’t want to pay for. He came back and asked to reinstate the transfer because he was confused about the deal. Munn said district policy doesn’t cover this exact type of event and the board had to weigh in. The board denied the landowner’s request as this was a transfer between two landowners and the guy receiving the water didn’t want to back out of the deal.

The treasurer’s report, district’s funds, cash budget and claims were discussed. Assessments could bump up the cash inflow in the next month or so. SWID’s finances are in good shape. The board passed all needed motions.

Next was the operations report and it was said the Kern County Sheriff’s Department recommended installing a surveillance camera at a pump location. There have been several attempts to cut through the fence and steel things. The SWID crew is getting things in order to do so. Power and internet connections need to be installed.

Staff now has a handheld device that can measure certain water quality conditions, mostly salts, at locations where water enters the district. There have been instances were the levels more than doubled in the past week. Growers on the system have been advised of the conditions and things are about to improve as the new surface supplies are introduced.

Munn reported on several improvements and construction projects to the district. He reported there are both state and federal grants to help with the Poso Creek improvements. The High Speed Rail project is still building and taking dirt from a SWID pond and moving it somewhere north. There are PG&E powerlines that have to be moved before the last of the dirt can be moved.

Munn expects to have to come back to the board next month to deal with right of way and easement issues as there are landowner trees located on district property slated for recharge development.

Munn said there was so much rain at the SWID offices had a little bit of flooding. There as almost three inches in Shafter. Munn is still the Kern River Water Master I think and he keeps an eye on river watersheds throughout the western Sierra. He sees a good supply bump for the Central portion of the range. The Sacramento River is what determines how much water the Exchange Contractors will get 100 percent with the westside CVP allocation is only 15 percent. But it doesn’t appear there will be any run on Friant supplies. This past month wasn’t a quite a miracle March who knows if this will be an awesome April? Munn reported groundwater levels are up. He also said much of the construction taking place in the district has been covered by grants.

There may be an action item coming up regrading splitting the seat of treasurer and secretary for the Kern River Water Coalition JPA. It’s proving to be too much work for one person but it will take board action to separate the duties. There will be no KGA action anytime soon.

The Friant Water Authority has offered SWID a seat at the table for its meetings in an advisory capacity. The board was willing to attend the FWA meetings and feel it is an important thing to do at this point. The Friant Kern Canal needs repairs to restore its capacity. Subsidence has sunk things upstream from SWID’s turnout. Munn will write an letter to FWA President Chris Tantau letting him know SWID’s willingness to participate. I think SWID wants the flexibility to have anyone of its directors attend as available.