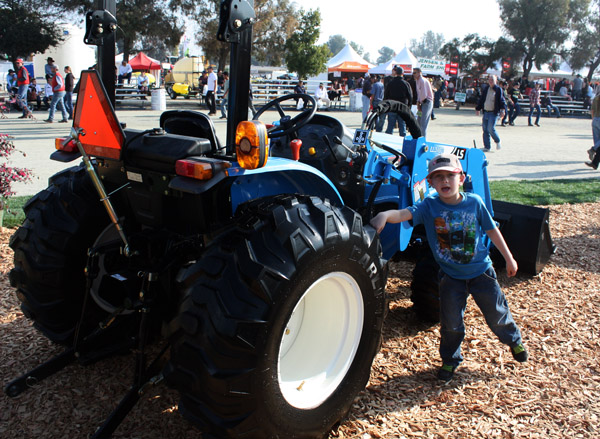 Vink gave a water supply update. Both Shasta and Millerton Lakes are above average. The San Luis Reservoir has 714,000 a/f and about 150,000 a/f will become carryover to be reverted back to 2018 allocations. This is good news in as much as it looks like there’s enough water to prevent the US Bureau of Reclamation from making a call on San Joaquin River water for the Exchange Contractors. Vink said the Friant division of the Central Valley Project will live and die on the SJR. Delano Earlimart ID General Manager Eric Quinley said somewhere between 900,000 a/f to 3.5 million a/f could be the range Friant is looking at. Vink said SGMA will change the balance between Class I and Class II because how much to carryover in the lake as opposed to recharging as much as possible has different outcomes for storage.

Eric Limas, LTRID Assistant Manager gave the financial report. I didn’t hear anything that indicated anything out of the ordinary. The NASA snow survey bill is still a ways out but Payne said DWR has been a bit slow coming. He said there has been a very good relationship developed with NASA and that has been helpful in reducing costs. The highest cost for the service would be $900,000 but the cost has been reduced for SVWA to $300,000. Dana Munn, GM Shafter Wasco ID and Kern River Water Master said for $250,000 a cloud seeding program could yield the cheapest extra water available. The problem is Friant Contractors could never get a consensus and shared one year’s cost with Southern California Edison. There is a type of insurance known as Errors & Omissions. This covers directors for legal expenses related to their duties. Costa asked if it’ll keep him out of jail. He was told it could buy him a get out of jail legal representation up to a certain amount. Vink said he was making him nervous with such talk and Costa asked how he thought he felt. Actually, nobody in the room had any recollection of a board member having to use E&O.

Payne was up next. He said he started with Friant about a year and half ago. He left private practice from Stantec Engineering and has a lot of experience in the San Joaquin River restoration and is up to speed on Friant issues. He reminded us the Bureau’s feasibility study from a few years back was overwhelmingly biased to enviro waste. Now, the coalition between San Joaquin Valley counties and westside growers, along with Friant got the Bureau to revise the feasibility study. Since FWA has been working with the San Luis Delta Mendota Water Authority and the Exchange Contractors. This has resulted in new operations plan. Payne said the existing Millerton system and Friant CVP contractors won’t be impacted by the new storage at Temperance Flat Dam. He said there are still many questions. It could be 75 percent funded by investors and that will have a lot more bearing on the operations. The project could cost between $3 to 4 billion. Right now there isn’t a governing body in charge of the investments. Payne said he expects Friant to be the first wave of support and other entities like counties and cities and possibly coalitions will be formed to buy in jointly. An MOU is being developed to agree to pay for the next round of engineering studies. Grower Tom Barcellos asked if Temperance Flat water could be used for enviro water after Friant’s needs are met. Payne said this would be a scenario tested under the MOU. He said this isn’t an unreasonable thought. Part of the scope of work includes interviewing contractors’ GMs to see if there are trip wires out there when flood flows are almost removed from the scenario. What happens if a Friant contractor doesn’t want to participate? Payne said right now a masterpiece of a contract will have to be written. The models show various scenarios including supplemental storage for the investors. Since there is no flood control on the 1.2 million a/f Temp Flat reservoir it appears the carryover deadline is unlimited. The construction schedule is 15-years. It takes nine-years to actually build the structure. The first two years will require at least $1million per year then it gets expensive. There are 10 positions on the MOU’s steering committee. Each seat is $100,000. Madera ID, the City of Fresno/Fresno ID, Tulare ID, Kern Tulare ID, Saucelito/Terra Bella/Porterville IDs are signed up. Payne said the schedule is way faster than he’s comfortable. It is his opinion there needs to be a unified group of folks to speak for the investors. This is separate from the current San Joaquin Valley Water Infrastructure Authority, the JPA that applied for Prop One funding. The steering committee could raise the cost for year two, or allow more members or dissolve. Payne advised that once the momentum is developed you for sure want to start looking to legal and financial advice to buy in. The westside is very interested in partnering with Friant contractors. They lost a lot of expensive water in SLR carryover. Payne said the reality is the Valley is surface storage shy and the time is ripe to get investments. He said there isn’t necessarily a financial advantage beyond making sure your scenario is modeled by jumping in right now. But you’re going want to have some idea so getting in on the planning. He also doesn’t see JPAs such as FWA or SLDMWA. He sees individual districts/contractors as the investors. Payne said the goal is to get the investors out in front of the California Water Commission.

Munn reminded folks that there are Prop One applications that proposes increased salmon returns. Each fish was valued at $100,000. If those fish were made out of solid gold they wouldn’t be worth that much. I thought that was worth noting. Further talk was positive. Attorney Alex Peltzer said the Cal Water Fix is an example of not getting behind something in the beginning that is very difficult to have influence. He said Payne was very honest when he said the Temp Flat MOU should have been developed 10-years ago. Peltzer said it is a big, fast train fixing to leave the station. It may not be the best built train but now is the time to get on board. Over all the reception was positive. Barcellos said this would be an ideal help for SGMA reasons.

Next Vink announced there is a draft being previewed on the subsidence problem on the Friant Kern Canal. Quinley said the time frame to fix this and the specifics of how to best solve the problem is still being decided. A video was shown. Pretty nice, decent production values. It was suggested a voice over be added to the music. Vink pointed out there is a new school of thought about voice overs. If this is a pop up ad folks don’t want the sound on their computer. I relate. This is a draft and the target audience is folks who care about the food supply and quality of life. Perhaps a tie in with the “My Job Depends on Ag” campaign.

On to other stuff. Vink said Joaquin Esquivel the newest State Board member toured the area last month. That was his first time in the southern Central Valley. Vink said it was a positive visit. The Irritated Lands Program and SGMA were certainly topics of discussion. Esquivel was reminded forming GSAs is the low hanging fruit – the heavy lifting is the GSP development. Esquivel said embrace the SJR. Don’t let the enviros outflank you, get out ahead of them. There’s going to be another trip by SVWA folks to Washington DC this November.

Peltzer said since the last meeting Westlands WD opted out of the Cal Water Fix’s twin tunnel project. Met WD stayed in and Santa Clara Valley WD will vote tomorrow. The Kern County WA sort of straddled the fence. It might become a solo tunnel. He rhetorically asked what SVWA’s interest is. That is to keep the Bureau from supplying Ex Con with SJR water. How to get SVWA involved is another question not so rhetorical. He’s been talking with DWR and there is a joint defense agreement with the state to allow viewing of certain documents. This wasn’t previously possible for Friant contractors. The state is finally beginning to realize it’s not a case of build it and they will come. Most ag interests are not willing to invest billions of dollars without knowing what the return will be. He sees an opportunity to partner with FWA on this matter. Vink reported he’s been approached about how to craft HR 23 to garner wider support. He thought the support was pretty good but he’ll find out more. Peltzer said the fishery folks have agreed to allow the X2 line float and that is a victory of sorts. It should cost less water to let the X2 line move back and forth. He said the NGOs are coming unglued but they’re losing face as they bought off on it earlier. The consulting group ICF, put this together. He recommended talking with them. Vink said he’s seen far more flexibility with the agencies and noted Paul Souza from F&G has been willing to listen. The meeting then went into closed session.