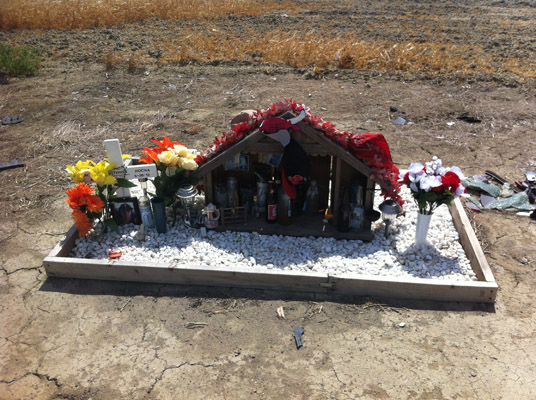 I recently visited the Bay Area to see an old friend and world class musician, Ron Thompson. If you haven’t heard of him he was John Lee Hooker’s guitarist for many years and his soulful guitar work is on many Chris Isaak songs. He also plays in a side band with drummer Mick Fleetwood. Ron is a musician’s musician and you really should look him up on line. He’s living in Hayward now and plays at venues around the Bay.

Anyhow I was visiting with Ron in Hayward when I realized I was going to be late to a Santa Clara Valley Water District meeting. So naturally I rushed to the Oakland Airport where I booked a flight to San Jose. While waiting at SFO three hours for my connection I noticed many of the popular magazines I don’t read have all kinds of quizzes, tests and lists listed on the cover. They all start with questions. Titles like: Are your breakroom antics impressing the boss? This quiz will reveal. Or, Love or Lust? Seven questions to test your relationship with your boyfriend/girlfriend/wife/husband/neighbor/pet. Or, Do you have the personal hygiene to be a millionaire? Let this quiz show if you smell like money.

There have been so many ongoing and new challenges for growers and districts it might be time we test our knowledge of the world of California water. In conjunction with some folks who in retrospect have asked not to be named we present – California Water Fact or Fiction? Here are a series of questions designed to reveal how much you know about irrigation water. Mark your response with an “F” for fact or if its fiction. Answers are revealed at the bottom of the page.

10 Questions to rate your water literacy

If you marked the correct answer zero to three times you probably attended public schools after 1980.

If you guessed the correct answer a minimum of four to six times you should be appointed to a position somewhere that pays at least $142,000.

A score of seven to eight could be considered show off range.