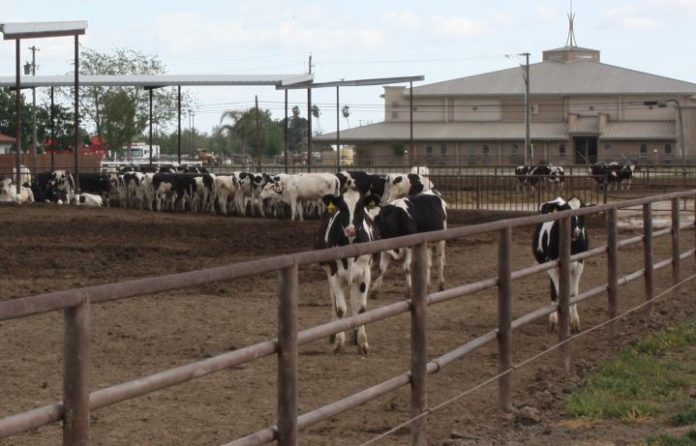 The Tulare Irrigation District held its board of directors meeting on Tuesday, August 13, 2019 at its headquarters near Tulare. Chairman Dave Bixler called the meeting at 9:00am and I wasn’t sure about public comments as I was in the parking lot on the phone with a valuable client. The minutes were approved and TID General Manager Aaron Fukuda welcomed everyone. Water Master Marco Crenshaw gave his water report. There is a bit of discontent, dissatisfaction, but not derision about the way Friant Dam is being operated. It doesn’t appear the allocations and releases are tracking actual circumstances. There has been controversy about allocations from the get go this year. We’ve had and incredibly wet year on the heels of a drought. We’ve got SGMA restrictions in the hopper. I see a trend where the US Bureau of Reclamation decisions will be under intense scrutiny.

Superintendent Wayne Fox reported most of his work has been routine in nature. They are planning on spreading some water at a basin. There are suspicions someone moved a junk car on the space and is living in it. Controller Kathi Artis was giving the treasurer’s report and that went well. Director Dave Martin noticed the report on the Friant Kern Canal was mislabeled under FCK but after he read the cost of the subsidence repairs he suggested leaving the typo as is.

That was the easy part of the day, said Fukuda. TID is a member of the Mid Kaweah GSA along with the Cities of Tulare and Visalia. Legally there is no requirement in SGMA for a public review of the GSP; but MKGSA has a PDF online and is closing the public comment period September 16th. TID is planning 12 landowner meetings. Fukuda said TID’s annual budget is about $8 million. If the State Board comes in and takes over the GSP process the minimum projected cost will be $5 million. Like most sub basins the Kaweah has more than one GSA and is joining the various GSPs. Mid Kaweah, Greater Kaweah and East Kaweah GSAs will submit one GSP under the umbrella of a coordination agreement. Fukuda said the MID K’s GSP has an ineffectual executive summary of like three paragraphs or something. That will need to be bumped up.

The cost to implement the GSP has $65,000 for annual monitoring, $50 million in capital costs for projects, $70,000 annual O&M, $100,000 GSA management, $400,000 for administration and there were a couple of others. The estimate to keep the MKGSA afloat will be $500,000 annually. In addition to Tulare and Visalia there are unincorporated communities with wells. The GSP takes these into account. I believe if there are three or more households connected to the same well that becomes a public well whether or not the service is all to the same location building; like if there are two homes and a bunk house. There are 12 classes of users such as ag well owners, tribal governments, domestic well owners and on and on. There is a outreach and coordination team and it’s believed all the check boxes were checked. The MKGSA basin setting is included in the overall document and not specific to itself. The MKGSA is losing 12,600 a/f of groundwater from pumping using the “footprint” method to determine the amount. There are three Management areas in the plan and Fukuda believes this is adequately justified. There are also data gaps such as the amount of wells and their construction details. There is also room for more subsidence data. I’ve heard it said many times the first five-year portion of any GSP will be mostly data gathering.

The sustainability goal and undesirable results not fully integrated throughout the sub basin. But the goal is close to managing groundwater to meet SGMA while supporting ag and the local economy and welfare. All the projects will be assessed for milestones to prevent undesirable results. MKGSA is particularly aggressive with recharge and maximum surface water delivery. Pumping reductions are not the first course to adaptive management. Recharge is a big portion of the plan.

The undesirable results are identified in order to define them. If groundwater levels in one-third of the representative monitoring well sites drop below the minimum threshold is undesirable. Groundwater storage will be measured by water levels, subsidence will be measured by land level. Water quality will be judged similar to groundwater levels, MCLs set by the state for drinking water and ag water quality standards of one-third of the monitoring sites much not drop below minimum thresholds. Of course sea water intrusion isn’t a threat.

The SMCs were defined. The measurable objectives are the goal, not the minimum thresholds. There is also an optimal objective that would actually be aspirational. The maximum constituent levels will be the minimum threshold for domestic wells. Fukuda said the goal is projects first but if there is a drop of more than 10 percent of water levels in one year pumping restrictions could be used as a temporary measure. The water supply accounting issue is big. Bigger than I can do justice here. Water supply is divided into native water, foreign water and salvaged water. There is a total of 656, 999 a/f of water coming into the sub basin with MKGSA bringing in 230,000 a/f and is extracting 192,200 a/f with a positive balance of 37,800 a/f. This number will mostly likely change as other GSAs challenge it or underground flows into the neighboring Tulare Lake Sub Basin. More data needed.

Projects and management actions comprise 55 of the 188 pages of the document. There are many listed and some of them could work well; some are not as feasible as others, at least at this time. Water marketing is being considered. Rosedale Rio Bravo WSD in Bakersfield is making a pretty big splash this week with the unveiling of its groundwater marketing program. Each of MKGSA’s project/management actions must have a water source and legal authority to be considered. The funding of a project will be paid by benefit amount. Fukuda said without a groundwater marketing program there could be a great deal of chaos. He also revealed to me that much like hydropower doesn’t count as renewable energy reverse osmosis isn’t recognized by the State as legitimate water treatment process – if I understood correctly. He said if the current listed activities are implemented by 2030 there would be an additional 25,000 a/f annually. The last part of the GSP is how it will meeting DWR reporting criteria. This GSP can be downloaded at www.midkaweah.org and there is a hard copy at the TID office. The 188 pages of text is accompanied by almost 2,000 pages of appendix.

Not too long after that the meeting went into closed session.

DISCLAIMER OF RESPONSIBILITY; WaterWrights strives to provide his clients with the most complete, up-to-date, and

About TID: The Tulare Irrigation District was organized September 21, 1889.  The original proposal for the formation of an irrigation district covering 219,000 acres, extending from the Sierra Nevada foothills to Tulare Lake, was eventually reduced to 32,500 acres.  The District continued in this status until January of 1948 when the so-called Kaweah Lands” (approximately 11,000 acres) were annexed. In October of 1948, approximately 31,000 acres, compromising the area served by the Packwood Canal Company were annexed to the District. A U.S. Bureau of Reclamation contract was signed in 1950 providing an annual supply of 30,000 acre-feet of Class 1 water, and up to 141,000 acre-feet of Class 2 water from the Friant-Kern Canal. The District and the Kaweah Delta Water Conservation District have coordinated efforts to enhance the recharge of groundwater within the Kaweah Basin.  During high flow times KDWCD may use the recharge basins with the District for recharge purposes. Further, KDWCD has historically provided for a financial incentive program through which the District sustains the level of groundwater recharge from supply sources into the District. This historical program was recently reinstated by both districts in lieu of the District’s plans to concrete-line this canal to conserve the surface water. TID is a member of the Mid Kaweah GSA.