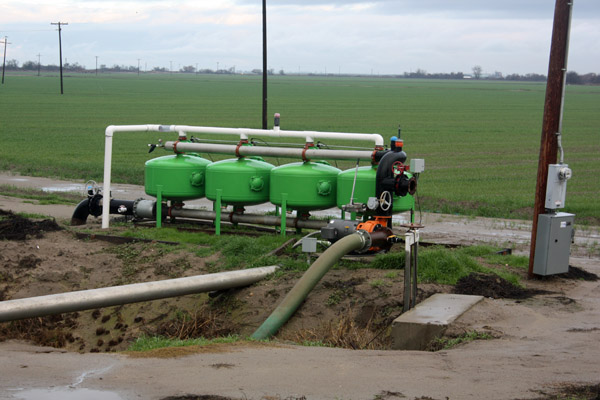 The Tulare Irrigation District’s board of directors met on Tuesday, January 9, 2018 at its Tulare headquarters. It’s raining this morning and as always the folks in the room are in a good mood. There are other guests, members of the public which is rare. But it’s wet outside and that’s a little like a day off for farmers. Chairman David Bixler called the meeting at 9:05 am and there were no public comments. The minutes were approved and things got rolling.

Water Master Marco Crenshaw gave the water operations and management report. Last month he said if it doesn’t rain before the next meeting we’re in trouble. Director Dave Martin took notice of that fact. Before Crenshaw finished the board was already looking at a special meeting at the end of the month. There is a chance TID will need to run some water but the board doesn’t want to make that determination today. Next month is the World Ag Expo and that ties up a lot of folks in the Tulare area. It is, by the way, generally spectacular. It’s like the fair without the rides and the 4H/FFA and art exhibits. Anyway, Crenshaw said Friant Water Authority has been sending out notices that Southern California Edison might dump a big slug of water from its reservoirs on the upper San Joaquin – so be careful about how much carryover one should keep in Millerton Lake. You heard it here. He reported snow fall in the Kaweah watershed isn’t very good. It’s 38 percent of average as of yesterday. That didn’t include today’s rainfall but without it the annual average is 26 percent. He said many wet years have begun as dry falls. Martin asked staff to include depth to groundwater on the district’s website and they will.

Superintendent Wayne Fox gave his report saying staff has gone through the quarterly safety training including fire safety and checking all the fire extinguishers. The ongoing mowing operations are continuing with mowing east of Highway 99. Canals on the southside of the district are being graded, dredged and the material hauled in areas with heavy accumulations of sediment. Turnouts are being repaired or replaced as needed. A lot of old televisions, couches and tires are being removed from the ditches. TID is also having trouble with the Union Pacific Rail Road over easement to repair a siphon. The district has been using pipe sleeves now and then when it suits the need. An old pipe might be leaky or fragile and new, smooth pipe of a slightly smaller diameter is inserted. This does reduce capacity a bit so it isn’t always a good fix but it is cheaper than laying new pipelines if I understood correctly.

Controller Kathi Artis gave her report and the district’s assessments have been booked. General Manager Paul Hendrix said TID has a couple of more billings out there. One of them was for $800,000 so that will help the budget. I’m sorry I didn’t catch who owes it or why. The district is doing better, like many districts, because it had water to sell last year. The board looked over the bills and asked a couple of questions. There was a problem with the gravel pack at the headquarters that required a bunch of plumbing at the office. The well that services the building failed and caused all manner of trouble. While pulling the bowl it got stuck and gravel fell in. Also, there wasn’t much in the way of unions and valves in the plumbing to clean stuff up with. There has been three to four inches of subsidence at the office. Artis talked them into paying up and approving the report so all is well.

Next was the Assessor-Collector report. This is always an interesting subject. One district got in bad trouble for selling off delinquent property without properly noticing the owners. TID, however, hasn’t been in any trouble in this area. So far TID has collected 95 percent of what is owed and that is much better than less year because water tolls were added. That motivated folks to pay quicker. Tulare County has increased its fee for reporting the taxes in the form of redemption certificates from $19 to $75 thanks to the State of California raising its fees. The counties or other non-state agencies do not benefit from this “non-tax.” This also applies to many other real estate transactions and the state will make bank from this.

Under Management and Staff reports Hendrix told the board the Groundwater Recharge Report to the City of Tulare has been prepared and it is jam packed with exciting bed time reading. TID helps the city with recharge and it is a good deal for both entities. This helps with both above and below the Corcoran clay layer. The city has been able to reduce pumping during the drought and the US Bureau of Reclamation’s rate for Class II Friant water has gone down so, the city is saving some money on both sides of the ground.

The Mid Kaweah GSA board meeting will not take place this month but will meet next month. It looks like the board will begin meeting every other month. Committees will continue to meet as needed. All the consultant firms for coordination in the entire sub basin have been hired. GEI and Provost & Pritchard are working to develop GSPs. Martin talked about how a GSA should structure its fees. He said the Mid Kaweah GSA has two cities and a great deal of farmland so a per acre based fee isn’t the best way to pay for things. Larry Dotson, engineer with Kaweah Delta Water Conservation District is working with the Greater Kaweah GSA said the final decision on how to fund itself. Assessments are before all the GSAs. Dodson Kings River East GSA has taken a look at how to divvy up the costs between different situations such as urban and ag land.

The next subject was Temperance Flat. TID Engineer Aaron Fukuda reported on the MOU members. Arvin Edison, Chowchilla WD, City of Fresno (Fresno ID), FWA, Hills Valley ID (Orange Cove ID, Lindsay Strathmore ID and KDWCD), Madera ID and Tulare ID have tentatively joined. There are several other districts both in Friant and in the San Luis Delta Mendota Water Authority looking to join. The MOU is looking at investments in storage space at the new dam. The San Joaquin Valley Water Infrastructure Authority took on the Prop One application before the California Water Commission has run out of funds to continue paying Stantec Engineering’s work to get the grant. The MOU group is looking at taking up the financial responsibility. Does the SJVWIA want to join the MOU? Does the MOU take over all portions of dealing with the CWC? There are many questions. Hendrix said the GSA needs to take a look at this as well. Fukuda said the City of Fresno recognizes the need to ensure supplies to be SGMA compliant.

There were other subjects discussed before the meeting went into closed session for five items. The McKay Point property involves TID. This property can be farmed or grazed on lease and a big portion will be converted into a recharge basin. This project is often discussed at the KDWCD meetings. Director Mike Thomas asked why farming should be allowed that could take more water. Thomas understands the need to move the dirt from the basin but why introduce more farming. Dotson said moving the dirt any further would be cost prohibitive to constructing the recharge. He said it will be a large volume of dirt to just make a pile. He believes leveling the dirt and putting in a permanent crop will actually save water. The basin could also be used as a regulation basin as well as taking Friant water for recharge.