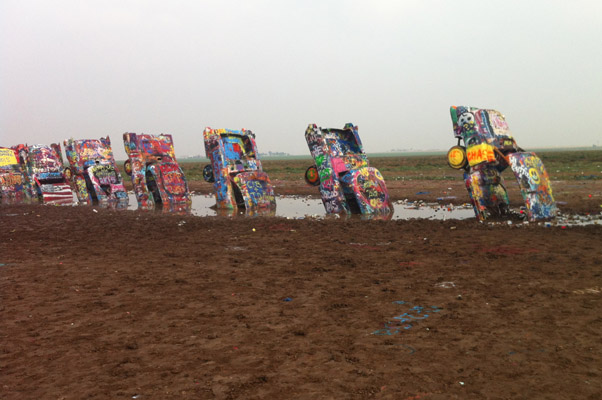 The Tulare Irrigation District’s board of directors met on Tuesday, July 11, 2017 at its headquarters west of Tulare. A last minute change in the agenda forced the physical recall of the agenda by staff. So Chairman Dave Bixler called the meeting to order about 9:10am and had to fly blind during roll call and public comment. Which was pretty easy since only Director Rick Borges was absent. Staff rescued the meeting with a new agenda and everything was fine.

Water Master Marco Crenshaw gave his report and said Friant is still on uncontrolled season with a chance of Class I water coming over the weekend. TID demand is high and General Manager Paul Hendrix said districts are now under proration and will have to pass on some of the less expensive water. There is a “controlled” spill at Friant Dam – about 200 cfs is going over the top. It could be going through gates at the bottom but it was a test of the spill functions of the dam. There is still water coming down Packwood Creek into the district. Inflow to Terminus has dropped below outflow and Millerton Lake has reached stasis with equal in and out flows. Total runoff on the Kaweah River from the first of the year is close to 900,000 a/f. TID has received 260,000 a/f in combined diversions. More than 6,000 a/f has gone to on-farm recharge so far. Not bad for the first year of a pilot program. Should the US Bureau of Reclamation allow it some of the current Class I water could be recolored to Class II further in the season. Hendrix said regardless the water will count toward the budget. Director Dave Martin rhetorically asked who knows how much it will rain next year. Director Mike Thomas said he was driving to Kingsburg the other day and saw how full the Kings River is. There was a metal shop on what is normally the bank with the doors open at both ends and water flowing through.

Engineer Aaron Fukuda reported there is an opportunity to take the on-farm recharge with an online tool. The nonprofit Sustainable Conservation organization has some kind of program that identifies the best place to apply water and monitor the heck out of it. Goals and time lines are developed. Madera ID is also involved and the districts are helping as liaisons. So far the Regional Board is ok with this as long as it isn’t used on or near dairies. This can be folded into the SGMA efforts. The cities within the Mid Kaweah GSA could even be partners. Bixler said this is a direction that needs to be pursued. He said the cheapest and easiest way is on farm recharge. On wet years TID doesn’t have enough basins to capture the available water. Fukuda said Westlands WD has a pilot program for deep well injection that was just approved. TID could pursue some related study and Fukuda will do a little homework and work with Sustainable Conservation for a pilot program. Fukuda went out to Don Cameron’s Terra Nova Ranch and saw prolonged flood irrigation on permanent crops such as pistachios and almonds. Fukuda said grapes are a good candidate. But the time of year is critical as well as soil conditions. There are pits here and there that were dug to take dairy waste but that’s not going to happen. They could, however, be good sites for recharge.

Hendrix said TID purchased 20,000 a/f of URF supplies for $10 per a/f. He said it was an awkward program due to the timing but the district was able to sell some of this water to Delano Earlimart ID which was a good thing during a wet year.

Superintendent Wayne Fox reported an old, concrete pipe, very old unreinforced pipe, collapsed after the road above it was repaved. Tulare County road department was helpful in the repairs. He said the district’s Ford pickups have been holding up very well except for when the drivers run the A/C with the windows rolled down. The dust gets in the system and clogs things up. Every 90-days the district has to conduct an inspection and repair on each of its vehicles that fall under Department of Transportation regulations. The High Way Patrol checks the qualifications of in-house inspectors. If you have a Class A license, you can perform DOT inspections. Who knew? Fox said staff has been treating for aquatic weeds and the district has been buying from Gar Tootelian for better prices. There is a somewhat isolated place somewhere in the district that attracts trash. If the rubbish is on or very near the road the County takes it. If it is further from the road the district has to clean it up. One wonders how much shoving of garbage goes back and forth. Fox said staff has been working very hard on cleaning up weeds and the need for a mower is evident as the weed eaters are not keeping up. Fox said Caltrans has rented every mower in the state.

Controller Kathi Artis gave the financial reports. She did such a good job the board approved all her reports and paid its bills. The directors weren’t mindless about it. They reviewed the bills pretty closely, especially weed killer. Puncture Vines have been exceptionally prolific this year.  Also known as Goat Heads the little buggers are sharp and sturdy enough to puncture a bicycle tire. They’re hell on dogs’ paws and you wouldn’t want to walk barefoot across a patch. Thomas grows blueberries and said he’s had success with a species of PV killing beetles. The board also listened to assessors report and accepted it. Delinquent landowners are billed each month to reflect interest. A very upset man called and staff explained the process and how their names can appear in the newspaper. He’s been billed since 2016 and hasn’t paid until recently. He’s now looking for the board to refund his penalty amount.

Hendrix reported on SGMA and said the three GSAs within the Kaweah sub basin is looking for an agreement on who should act as coordinating consultant for the GSP process. The Mid Kaweah GSA, of which TID is a member, will be meeting this afternoon in Tulare. Hendrix also said the Kaweah River Power Authority needs good financial consulting for costs and revenue. I think the O&M costs have been inaccurate if I understood. Is the revenue going to be enough to cover expansion on Unit Two? That’s a big question for the board and staff of the KRPA.

Next the board had to pass a resolution to move TID’s delinquent tax roll over to the county. That was an easy move.

The board then considered the impact of the Consumer Price Index on the wage/salary adjustment for TID employees. Inflation has bumped things up a bit lately. The board was asked to make an adjustment. I think the percentage rise was one and a half percent. Martin asked for a breakdown of how much it will be in real dollars. One percent of TID’s payroll is $14,000 per annum. OK class how much does TID pay at this time?* Further discussion revealed TID has no permanent employees making minimum wage – everyone is well above. Most folks were in opposition to the efforts to make minimum wage a starting living wage. The board agreed to the CPI increase.

Hendrix reported Friant has agreed to join the Temp Flat JPA and kicked in some ducats as well.

The meeting then went into closed session for five items.

DISCLAIMER OF RESPONSIBILITY; Don A. Wright strives to provide his clients with the most complete, up-to-date, and accurate information available. Nevertheless, DAW does not serve as a guarantor of the accuracy or completeness of the information provided, and specifically disclaims any and all responsibility for information that is not accurate, up-to-date, or complete.  DAW’s clients therefore rely on the accuracy, completeness and timeliness of information from DAW entirely at their own risk. The opinions expressed in this report are those of the author and do not represent any advertisers or third parties. *$1.4 million per year. How about that?