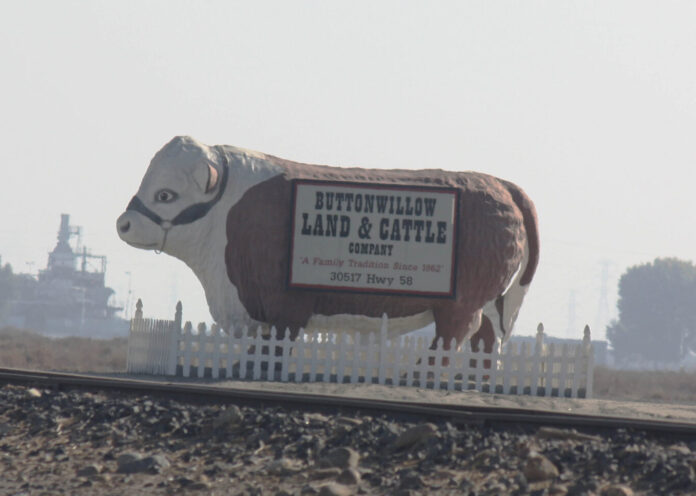 A coalition of water stakeholder organizations from across California joined together to send a letter addressed to Governor Gavin Newsom and six key legislators requesting action to address water issues. The nine page document dated April 19, 2022 was signed by 18 organizations and entities including the San Joaquin Valley Water Blueprint and 10 Southern California, four Bay Area and three trade groups. The letter laid out the need to include a $6.5 billion appropriation in the 2022-2023 General Fund budget to strengthen statewide drought and flood resilience.

The letter states, “The only way to avoid a calamitous water shortage and subsequent environmental and economic degradation is to improve the adaptive management capacity of our current water system . . .”

The letter proposes increased water efficiency, conservation and storage and makes the

claim the state’s water infrastructure needs, “. . . cannot be met by ratepayers alone.” In the period from 2010 to 2018 water rates in California have increased dramatically. The cost of water for rate payers in San Diego has risen 60 percent in those eight-years. Folks in Los Angeles are paying 87 percent more, San Jose 93 percent more and San Francisco has seen the cost rise a whopping 141 percent. Even with the state paying $900 million in 2021 as part of its Covid response to help rate payers with late payments the fundamental problem persists. Here is a breakdown of how the $6.5 billion could be spent.

While the State Board has a list of recycled water projects totaling $3 billion or more statewide the coalition is requesting a $1.76 billion investment in water recycling. One billion dollars in grants for small to medium scale water recycling and $760 million for large scale recycling projects. Most of the small to medium projects would take place in the Bay Area and the large scale in Southern California.

Regional resilience comes in second at $1.25 billion and has particular interest for the San Joaquin Valley. This section lists amongst other goals investments in groundwater storage and conjunctive use. Stormwater management and desalinization are also listed in this category. The letter specifically lists the Blueprint’s efforts to increase, “. . . reliability of surplus Delta water when available. . .”

Dam safety and reservoir operations could use $860 million to help mitigate the lack of repair and rehabilitation funds. Neither Prop One or the State Revolving Fund grant eligibility to help update the 102 dams in California rated less than satisfactory, 84 of which are classified as a hazard to life and property.

The signatories would like an additional $645 million round up to the $2.7 billion Prop One Water Storage Investment Program that has been eroded after nearly 10-years of inflation since the proposition was passed by voters.

There is a request for $585 million to be invested in arterial water supply canals: the California Aqueduct, the Delta Mendota and Friant Kern Canals. If indeed the climate change forecasters are correct then the need to convey as much water as possible during warm storm events needs to be enhanced, especially in light of Sustainable Groundwater Management Act demands. Federal and local water agencies are willing to put up $785 million to create a 10-year Canal Conveyance Capacity Restoration Fund. The state is being asked to move $585 million from its multi-billion dollar budget surplus as its share of funding.

Another half a billion dollars for urban flood resilience is included in requests. Again, if the climate change predictions come true the current stormwater infrastructure won’t be able to safely cope with the flows. The benefits of the state investing $500 million in stormwater infrastructure include increased flood safety, drought resilience and improved ecosystems. The money could be used as cost share for priority US Army Corps of Engineers projects.

Once more if the climate change predictions come true by the end of the century communities along the coast could lose critical infrastructure. This section of the letter notes there is only eight years left to get these projects started to meet the future needs. The ask is $300 million for rising sea level resilience.

Data regarding California’s water is transitioning into an open and transparent reporting service. The goal is to improve supply reliability and actual science based decision making. An amount of $55.35 million has been requested.

And finally $50 million for multi-benefit land repurposing was the final ask. This is in response to the potential negative impacts of SGMA to the San Joaquin Valley’s economy and quality of life.

There is a constant multitude of letters sent to the state government requesting money. What makes this one different? The inclusion of the San Joaquin Valley Water Blueprint as a signatory. The Blueprint in a nutshell is a plan to replace the antiquated fish screen

technology at the Delta pumping plants to capture part of the millions of acre feet of water above and beyond all environmental and water quality needs allowed to flow out to the ocean during peak snowmelt and runoff. This is water that can be used for recharging the Valley’s aquifer and relieve some of the stress of reduced surface supplies and limited pumping the government has imposed. This letter is a clear indication the Blueprint is considered a viable organization representing the San Joaquin Valley by the rest of the state. That in itself is progress.