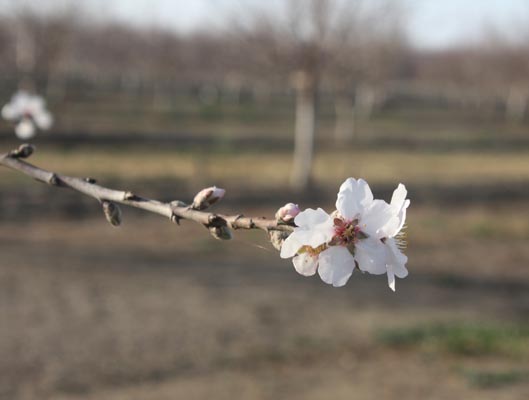 The Westlands Water District held its board of directors meeting on Tuesday, January 16, 2018 at its Fresno offices. Chairman Don Peracchi called the meeting at noon. The order of the agenda was scrambled a bit so former Director Gary Esajian could be honored with a proclamation a of commendation by resolution. Long time employee Gary Palk was similarly honored – also by resolution. Lastly before the grits got the gravy poured over it Cannon Michael, Chairman of the San Luis Delta Mendota Water Authority was invited to speak.

Michael said although he farms primarily in the Exchange Contractors he’s never been complacent about water supplies. He urged all the folks in the room to continue working together for a long-term cooperation. He said there has been some discord between the Exchange Contractors and Friant. He said there are some changes at SLDMWA. I have been told by reliable people that Jason Peltier is no longer there. I don’t know the details, but I’ve been assured there is no scandal in connection. I suspect some kind of official announcement will be released. In any event Michael’s call for unity is a welcome word.

Russ Freeman gave the board a recap of his report to the water policy committee earlier today. He said San Luis Reservoir is closed to filling on the federal side. The term foregone pumping was used. That’s the quantify of water the Bureau couldn’t pump because of the carryover water in storage. I didn’t know that. Freeman was asked how much the feds can continue bringing water even it encroaches the state side. There very well could be a scenario where the state will not fill its side of SLR this year due to the problems with Oroville Dam. The pressure on the rescheduled or carryover water in SLR is more one of time than space. There is a drawdown on SLR slated for March. Will the

Eric Johnson, consultant asked if WWD had 400,000 a/f could it be rescheduled past the 150,000 a/f. General Manager Tom Birmingham said answering that would have to take some analysis by staff. Director William Bourdeau asked where the 150,000 a/f cap on SLR carryover came from. Birmingham said the Bureau set the 150,000 a/f cap on SLR carryover more than a year and ago and he thought it was a rational decision. It gave everyone the chance to plan. Freeman said he expects SLR it fill with encroachment on the state side, barring some cutbacks in February there should be a 40 percent allocation. Birmingham said the Bureau will make an allocation announcement in February.

Birmingham said the drainage suit for the west side has a stay on it but isn’t over yet. On the subject of the California Water Fix is looking to construct one larger tunnel. WWD has been contacted last Friday by the state to see if it wants capacity. He said it is a much different project than the twin tunnels the feds chose not to participate. Director Sarah Woolf asked if the board can expect and analysis of WWD’s participation by the February board meeting. Birmingham said he can get something but he needs the board to tell him if a counter offer should be prepared should the new configuration not be acceptable.

Johnny Amaral, Assistant GM reported on WWD’s venture into educating the public on Westland via the internet. They’ve been getting good hits. He also said staff has been inspired by someone in the room (Erick Johnson?) to develop and distribute water conditions in the state. WWD is working on some outreach with the always good California Farm Water Coalition and WWD will have a booth at the upcoming World Ag Expo in Tulare next month. Amaral said the water tax/safe drinking water fund was opposed and defeated by both urban and ag interests. It’s coming back and there’s going to be another fight. He said Governor Jerry Brown has released his budget and the water world will be looking closely at this. Director Frank Coelho asked how the district is measuring its social media impact. Public Information Officer Gayle Holman explained how that work and there is good amount of detail about the number and types of hits.

COO Dan Pope reported on of SLDM and said an activities budget hearing is later this month. He also said SLDM’s former CEO is no longer with the agency and it is searching for a new CEO. Jose Gutierrez reported the State and Federal Water Contractors Association generated nothing to report. Attorney Phil Williams said there will be a court hearing later this month on the lawsuit against the state for collecting water rights fees. Westlands won and its being appealed by the State Board.

Freeman led the board through the water policy committee opinions from today’s earlier meeting. Director Ryan Ferguson recused himself for the portion of the meeting. The board was asked to ratify the committee’s positions on the solar farm. Landowner Will Coit spoke against the project. Birmingham addressed his concerns and said this is not a WWD project. This is a landowner project the board has had plenty of time to study this matter. A consultant for the solar park said the EIR was posted in October and all comments have been responded to – including the late comments. Coit said an environmentalist biologist from Santa Barbara was on his property taking photos and he’s gun shy now. It was agreed whoever that was, was not in the employ of anyone connected to this project. Coit also objected to the aesthetics of the solar park. Birmingham said he has no idea why any developer would name a project after Westlands. The board approved two of the resolutions concerning the solar farm.

Next Freeman told the board the Water Policy Committee recommended Westlands WD participate in the Temperance Flat MOU. This MOU is part of the proposal by Friant Water Authority it put forth after the initial JPA known as the San Joaquin Valley Water Infrastructure Authority got the Prop One grant rolling. If I understood correctly those buying in will have the power to guide the MOU further. The buy in is $100,000 per seat. Birmingham said joining the MOU will allow Westlands WD to participate in operations, funding and how the yield will be divided. Peracchi and Coelho were concerned about additional contributions and cited the figure of $200,000. Birmingham said he doesn’t believe that to be true. He said he believes this proposal has some significant benefits for the westside. I don’t think the board had a clear understanding of what the MOU is. I believe I’m correct here in stating the MOU is a way to raise money to study how Temp Flat could be structured in a way to benefit ag users in the San Joaquin Valley and not just become a holding pond for environmental releases. I’m proud to say that even Mr. Birmingham agreed with my mumbled attempts to state this. One fellow asked where the water was coming from and it is coming from the San Joaquin River. Woolf said there are other districts in SLDM interested and asked if Westlands needs its own seat. Plural entities can join together and purchase a seat. Birmingham said WWD’s interests are very much in line with other west side CVP water contractors but not so much with maybe the refuges or even Ex Con. Birmingham was concerned WWD would be at a disadvantage if it stays out of the MOU. Woolf asked why not partner up with San Benito ID and Del Puerto WD since they are CVP contractors also. Birmingham said the water policy committee would have to ultimately answer that. Bourdeau said the $100,000 allows access to the information and directs the study. Birmingham agreed and said this will allow more flexibility including Kings River exchanges. Woolf motions to have WWD participate if other CVP contractors will. Director Todd Neves said he’d rather table it and find out if the other contractors want to join in. Birmingham said the City of Fresno is ready to commit up to $500,000 to Temp Flat but only $100,000 to the MOU. Eventually the item was tabled.

Neves was put in nomination to represent ACWA Region 6. Freeman said DWR is dragging on SGMA BMPs. The Finance committee report led to a resolution objecting to the sale of Fresno County tax-defaulted properties. All the other finance items were approved including paying the bills and investment reports.