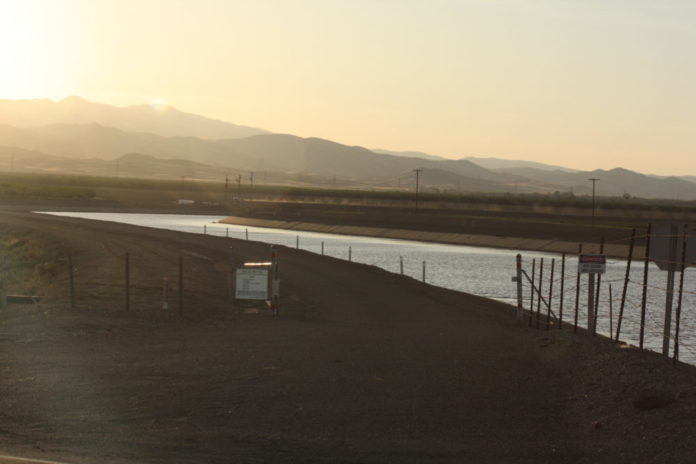 The Westlands Water District held its board of directors meeting remotely on Tuesday, June 16, 2020 from its Fresno headquarters. WWD used Blue Jeans Network for this meeting. Things started at 1:00pm with Bobbie Ormonde taking roll of the board. Chairman Dan Errotabere read the coronavirus notice. General Manager Tom Birmingham informed the board that Solano County had dropped its legal opposition to one of Westlands’ efforts, I believe in the Yolo Bypass. There are news articles out there on the subject. There was one minor change to the minutes and the GM report was next.

Birmingham invited Russ Freeman and Tom Boardman to give the water supply report. I could not find any board package material on the WWD website so there were no written amounts to go by. You’d be wise to check with the district for specifics. There will be some carryover allowed and there is some supplemental water available. Freeman said channel lose through the Delta will be 30 percent. Director William Bourdeau asked when that supplemental water will be available and it sounds like by the end of the month. Bourdeau thanked the staff for their work.

Boardman reported the federal Jones Plant is running three units, but in July there will be less restrictions on salinity and other factors so there will be increased pumping. Shasta is in a non-critical year and Folsom is doing better than expected due to cooler weather. The US Bureau of Reclamation and the State Water Resources Control Board are working through the annual temperature control pool in Shasta dance. San Luis Reservoir has decent storage and supplies. He expects August’s low point to be 200,000 a/f at SLR.

Shelly Ostrowski gave a legislative update saying they are following potential federal infrastructure funding. The California State budget was passed but it doesn’t jive with Governor Gavin Newsom’s budget and those two probably won’t be reconciled until later this summer.

Kat Boren gave the public outreach report saying WWD’s digital outreach is growing and trending in a positive way. The WWD scholarship recipients will soon be announced. That was the end of Boren’s report and also Birmingham’s.

Director Todd Neves reported ACWA has cancelled its summer conference and will hold a virtual meeting at the end of July. Jose Gutierrez said there was no personnel or O&M report. Kiti Campbell said the board needs to consider granting an easement to PG&E to put up a fence to contain tumbleweeds and it will be maintained by PG&E. It’s also exempt from CEQA. Director Frank Coelho asked if a 10 foot parameter be added for PG&E keeps that clean as well. He also said instead of requiring a twice a year clean up just go ahead and include keeping the site clean year round. That was well received and the board approved the easements. Ormonde took roll.

Neves reported on the groundwater conveyance project by turning it over to Campbell. She said the pumping and conveyance project include a five year Warren Act contract for up to 30,000 a/f annually of pumped groundwater into the Delta Mendota Canal for years when WWD would get less than 20 percent allocations. Campbell showed some graphs that displayed how flow rates would be considered under this plan. At a future meeting of WWD’s board there most likely will be a recommendation to declare a negative declaration. Campbell reported a hydrologist has been consulted and there pumping won’t result in subsidence as none of the wells are located in a subsidence area. Although this has nothing to contribute to this meeting report it was clear Director Larry Enos was sitting in the cab of his truck. I understand you can put up a background that makes it look like you’re in outer space but the cab of a nice pickup truck is pretty sharp. In the meantime Patricia Schifferle said she is putting in a public records request. I don’t know who she is and have never heard of her.

Campbell continued by giving the SGMA report. She said the GSP has been posted on the DWR website and 16 comment letters were received. Evidently most of them were by folks like Ms. Schifferle – concerned with subsidence along the DMC.

There is a Finance Authority and a finance and administration committee meeting were taking place at the same time as the WWD board meeting. Birmingham said the significant issue is the financing revenue bonds. It got a little confusing as there wasn’t a FA agenda and the public WWD board agenda was as number 11 with numbered subheads. Evidently the board’s agenda had lettered subheads. Anyway WWD is issuing bonds and has had good success doing so. Ormonde said it was a great effort by staff and consultants. Birmingham said Ormonde did a great job and Errotabere echoed that with the board’s appreciation. There were no comments following this.

Next the board was asked to review and pay its bills. The board did so. It had already been reviewed in committee earlier. That is how Westlands board meetings roll. It’s a large board and many decisions are made in committee with the board following committee recommendation. When I first attended Westlands meetings I wondered if they ever

debated or questioned anything of substance in open session. Yes, they do, only they do it in committee. Committee are good things. Directors get a chance to develop some expertise in a subject and hash it out in a committee meeting without bogging down a board meeting. Also, if you got the stomach to sit through them the committee meetings are open to the public. Eric Johnson spoke up saying getting the WIIN Act passed and now selling bonds and paying off the contract is historic. Birmingham said it is a significant milestone to the district and staff has worked very hard. He said everything staff does is at the board’s behest. He said he doesn’t remember a time where directors have been more engaged with staff and the work has been tremendous. He said the board’s policy direction has been superlative, although he didn’t use the word superlative. The dual meeting of the San Luis Unit/Westlands Water Authority was adjourned.

There was an appeal from Mr. Bikram Singh wanting Bhullar Estates lost water about 123 a/f returned to his account by a waiver of the rules. This request was listened to at a committee meeting last month and Singh was denied. This is his appeal. It sounded like there was a paperwork omission involved on Singh’s part and he claimed due to the virus having trouble communicating with Westlands staff. He was supposed to transfer water from one account to another. Mr. Singh was on the video portion of the meeting but wasn’t able to get unmuted. He did get unmuted but kept cutting in and out. Birmingham commented how important it is for Singh to present his position to the full board but the July meeting should be in person. Mr. Singh said he would abide by today’s decision but he needs to water. Enos moved to deny the request and the board voted to deny but Bourdeau voted to give the guy a break.

Next the board was asked to consider outsourcing the district’s public outreach and strategic communication to a company called Mercury. Mercury wants to do a $40,000 study to see what WWD needs. Enos felt he that would be a bit expensive and nonessential. In fact Enos moved to authorize the contract with Mercury minus the studies. Director Don Peracchi asked Ostrowski why the study and she said Mercury claims it helps them to set the parameters of the work to be completed to guide the district towards its

goals. There is also a $40k per month retainer in this deal. WWD has $400,000 in the budget for this service. Bourdeau asked what is the goal for this kind of investment? Ostrowski said it is to engage in media and decision makers to be sure they have accurate information about the district. One reassuring caveat is Ostrowski herself will oversee this effort. Bourdeau asked how will Mercury’s results be measured. Birmingham said that is included in part in Mercury’s proposal. It’s a lot of money to spend. I thought it was interesting there wasn’t anyone from Mercury representing itself when looking at almost half a million dollar contract. If I could have figured out how to unmute myself I would have asked that. Mercury might want to figure out how to include the study in the base price. That would have cut out a lot of heartburn. The board voted with just Enos on the no side so the motion carried. It is rare for Westlands to have split votes but it does happen. Westlands is also a favorite whipping boy for many and could use some PR help.

The meeting then went into closed session at about 2:30pm.

DISCLAIMER OF RESPONSIBILITY; Waterwrights strives to provide his clients with the most complete, up-to-date, and accurate information available. Nevertheless, Waterwrights does not serve as a guarantor of the accuracy or completeness of the information provided,