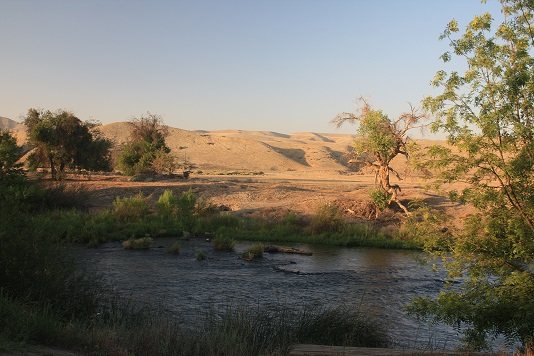 The Westlands Water District held its Water Policy Committee meeting at its Fresno headquarters on Tuesday, May 15, 2018. Chairman Dan Errotabere started the meeting a little after 11:00 am. The minutes were approved and Russ Freeman reported to the board about the status of the supplemental water program. there are different ways to account for this water and General Manager Tom Birmingham said the districts goal is to always bring as much supplies as possible into the district.

good part of this month so far. Inflow to the Delta determines all manner of criteria in regards as to how much can be pumped. The California Aqueduct is down for repairs and using the intertie between the Delta Mendota Canal and the Aqueduct. This has also allowed for an opportunity for the federal Central Valley Project to gain credits over the State Water Projects in the Cooperative Operations Agreement. Rhodes said water quality has been pretty good from the Delta to the Kettleman City check. Temperatures are expected to be warmer and drier than normal. Director Don Peracchi asked how much the WINN Act has helped. The part impacted by storms brought in an extra 24,000 a/f. Other provisions of the WINN Act have resulted in extra water but they haven’t been quantified at this point. If I understood correctly. Jose Gutierrez was asked if the allocation could rise and he said he expects another 10 percent increase in allocation.

Freeman then explained Resolution No. 114-18 that will approve the new pumping plant for the low flow efficiency. Public comment was next and there was none. The meeting went into closed session.

The board meeting itself took up at 1:00 pm with Board Chairman Don Peracchi inviting everyone to comment but keep it short. the meeting began with an Equalization Hearing for 2018 benefits assessments. Bobbie Ormonde said the rates ran from $10 to $35 per acre. She put it more eloquently citing the different tiered input variables use to arrive at the cost. The board adopted Resolution No. 113-18 which put this in play.

After the minutes were approved Birmingham introduced Steven Thompson PhD and former congressional aide to Congressman Devin Nunes. Birmingham said Thompson was responsible for much to the good water legislation that came out of Nunes’ office.

Freeman reported about 40,000 a/f of groundwater has been pumped in Westlands since the beginning of the year. He expects this number to grow tenfold by the end of the year if allocations stay the same. However, there is reason to be hopeful the allocation can bump up by 10 percent. Total CVP storage is lower by 113,000 a/f than this time last year. The WWD supplement program had a good turnout. The district can buy (if I heard correctly) more than 170,000 a/f for about $480 per a/f from Oakdale Irrigation District and others. About 2/3rds of the district’s supplemental water can be distributed. Freeman and Birmingham are meeting with the Commissioner of Reclamation to make the case of a 50 percent allocation being more than conservative enough.

As for the California Water Fix Birmingham said last week the Santa Clara Valley WD bought into the twin tunnels. WWD continues to speak with DWR and the US Bureau of Reclamation about COA. During last week’s ACWA Associate GM of Water Resources Shelly Ostrowski came in from Washington DC and has stayed to talk about biops review and COA to the board. She said looking at the X2 line requirements and Old and Middle River operations will be adjusted and hopefully implemented this year. Another effort is an overall analysis for the entire system creating a framework for the biological consultation. Birmingham said the Bureau is ready to kick in a more formalized review of disagreements also known as dispute resolutions. The discussion veered towards close session talk. Ostrowski did say the re-consultation of the biops have the best opportunities to impact WWD water in a positive manner.

Johnny Amaral, Deputy GM for External Affairs. He said the new monthly water supply update is ready. It’s a good vehicle to read and pass along. He said there will be GSMA workshop in Mendota next week. He next talked about a frank and positive talk with Assemblyman Joaquin Arambula regrading state legislation regarding groundwater. Staff reported the USBR has missed several updates on accounting for the CVP. Errotabere said the upcoming trip to Washington DC is something to look forward. Birmingham said there were good results on that trip. Director Todd Neves went to ACWA and reported the ag committee went well.

Director Frank Coelho told the board attorney Jon Rubin is under consideration for taking Phil Williams place as WWD attorney. Rubin can make $275,000 and get a $750 per month car allowance. Rubin has been San Luis Delta Mendota’s attorney and more recently interim GM. The board voted to bring on Rubin.

Soon after this the meeting went into closed session.