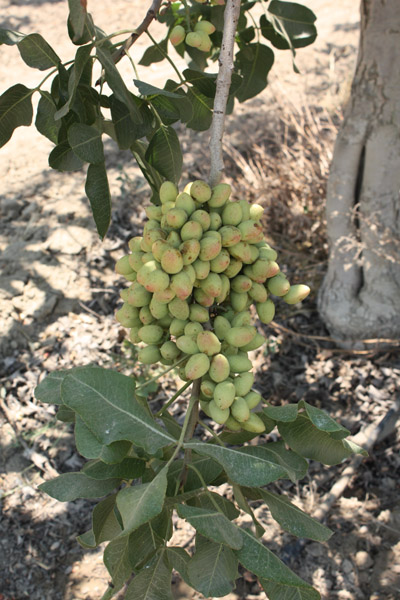 The Westlands Water District held its Water Policy Committee meeting on Tuesday, January 16, 2018 at its Fresno offices. Chairman Dan Errotabere called the meeting at 11:00 am. There was no public comment and Russ Freeman updated the board about the Poso Creek Water Company’s request to waive some fees. PCWC banked some water with Semitropic Water Storage District and this water could be brought back into the district by exchanging State Water Project Table A water, if I understood. General Manager Tom Birmingham said WWD charges for the water going in and out of the district. He said this has already gone before the administrative and finance committee and they kicked to the water policy committee to develop policy. Freeman said the water never actually touched the WWD distribution system and that might be grounds to reduce some fees. Birmingham said some policy has to be developed. Bobbie Ormonde commented this type of transaction requires the district not lose money but is fair and equitable. Eric Johnson, consultant said he and a number of landowners in the district formed PCWC and he wasn’t speaking for the entire company. He doesn’t remember there ever being a charge for bringing the water back into the district. The fine point is whether the situation is a transfer or exchange. Birmingham added the cost of extraordinary circumstances should be covered by the beneficiary: i.e. a new NEPA or CEQA cost should not be borne by WWD. Staff will look this over and get back to the committee. No action was taken.

Mark Rhodes gave the water/weather forecast next and said WWD has 1,443,000 a/f in storage. The federal Jones Plant has cut back pumping somewhat as has the state Banks Plant. Biological opinions and restrictions on the Old and Middle portions of the San Joaquin River control to a great degree the amount of pumping. Of course inflows from the rivers have a lot to do with it. Water quality has been stable at the pumping plants. Snow pack is very low – 11 percent of the April average and 23 percent of the average to date. However, Rhodes said the high-pressure ridge is breaking up some and a couple of storms will get through this week. Johnson asked about the carryover cap on San Luis Reservoir and Rhodes said, if I understood correctly, that hasn’t changed. Birmingham said the SLR will fill and the question is with the state side allow the US Bureau of Reclamation to encroach on the state side.

The next item was a list of items to be presented to the full board later today. Freeman said a resolution for an EIR on the Westlands Solar Park and related resolution about the generation corridor. Membership in the Temp Flat MOU will be discussed and possibly approved. Another item is nominating Director Todd Neves to ACWA, Region 6 and an update on SGMA.

Under public comment grower Will Coit said the solar projects have been bad for the district, both aesthetically and they limit areas where bank could take place. The meeting then went into closed session.

ALL RIGHTS RESERVED.  Copyright 2018 by Don A. Wright  No part of this publication may be reproduced, stored in a retrieval system, or transmitted in any form or by any means, electronic, mechanical, photocopying, recording, or otherwise, without the prior written permission of DAW.