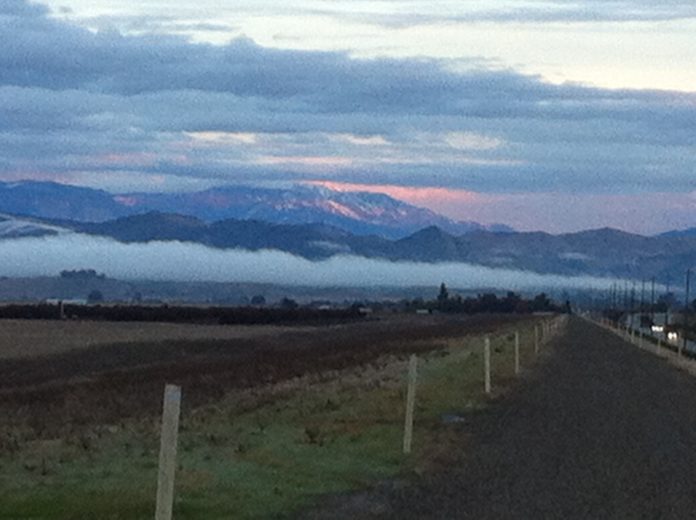 The Eastern Tule Groundwater Sustainability Area Stakeholder Committee meeting was held on Thursday, April 12, 2018 in Porterville upstairs at the Transit Department’s conference room. Chairman Matt Leider called the meeting to order at 2:00 pm. I believe only one member was missing and there was no public comment. There were two sets of minutes. Executive Director Sean Geivet had written up a set and attorney Aubrey Mauritson had also written up a set of minutes. The committee approved the minutes as written by Mauritson.

Under old business Geivet gave the committee a copy of the draft policy points for ETGSA. There is more refinement possibly needed. This GSA is heavily influenced by the road map credited to Michael Young of Australia and to a lesser extent the Lower Tule GSA is also fallowing the road map. The most remarkable part of this is to create a share system. Young advocated removing the water rights from the land and treating them as shares. This will allow for trading and flexibility. It sounded to me the shares at least at the beginning the water rights won’t be removed from the land. But that’s a question that must be asked. Porterville City Manager Mike Reed said there could be a lot of legal paperwork associated with removing the water rights from the land but if that is the path ETGSA wants they best get on it. Leider said he met some engineers from Arizona (the Hargis Firm I think) who had work on that state’s version of SGMA. Hargis also dealt with the Beckman pollution crisis that took place in Porterville back in the 1980s. He said these engineers had identified some of the problems experienced in Arizona and are willing to share what they know. Don Castle and Julia Inestroza expressed their desire to hear from the engineers and Leider was happy to recommend this as long as the board is present. Leider said he’d like to see all the GSAs in the Tule Sub Basin hear what they had to say. Geivet recommended if the committee wants to interview other engineers it needs to put out an RFP. Director John Konda agreed saying he hasn’t been comfortable with only one plan. He’d like to hear from the Hargis firm but he’d like an RFP. Geivet said ETGSA plan as of today is to hire a permanent Executive Director and he asked the committee to keep in mind that bringing in surprises can impact those decisions. He asked the committee members to please contact Leider with recommendations for agenda items and Leider will contact him. Reed said to bear in mind engineering firms don’t usually consult for free. And of course, he wasn’t referring to Dave DeGroot of Four Creeks Engineering what also in the room. Geivet also advised the committee it needs to be clear what Hargis is being asked to do. The feedback was to find out how much knowledge Hargis has and what their experience in Arizona has been. It wouldn’t really be appropriate to bring them in without knowing this. As seems to happen at every meeting as the SGMA process matures there has to be discernment as to how much overlap a topic, if you will, can stand. In this case the search for a permanent Ex O should not be confused with seeking further data from a firm.

The next item was the Tule Sub Basin Technical Advisory Committee. Visalia engineer Richard Schafer saw the need for the sub basin to work together and since SGMA came along this group has evolved into the Sub Basin TAC. The TAC pulls the coordination agreements together and provide the technical expertise. Geivet said there is chicken/egg deal – can you have a coordination agreement without a GSP? Can you have a GSP without a coordination agreement? Geivet said there are some who want to include water quality and subsidence included in the coordination agreement. SGMA doesn’t require this and there is push back from some of the GSAs. These undesirable results have to be addressed but the issue is should they be addressed by the entire sub basin or the GSAs within them. Konda asked what Delano Earlimart Irrigation District thought about this. As it happened Dale Brogan was in the room. Before Brogan was put in a corner Geivet reminded everyone the subsidence on the Friant Kern Canal impacts DEID more than just about any other Friant Contractor. He said DEID is most likely want to determine its own destiny on that issue. So, if subsidence isn’t addressed in the enter sub basin it will certainly be addressed on the GSA level.

DeGroot told the committee today’s TAC includes all the GSAs in the Tule Sub Basin. It has been meeting for more than two-years. Before the current line up there more than 14 public agencies involved. Right away the need for a hydrogeologist became necessary. Thomas Harder was hired and came up with more refined results. There is now a hydrogeologic analysis and a groundwater flow model for the Tule Sub Basin. DeGroot said there are seven things all the GSAs have to agree to and base their GSPs on per SGMA. Groundwater elevation has to be coordinated so all the GSAs need to measure this at the same time of year. Extraction of groundwater has to be monitored evenly across the sub basin. All the GSAs will prepare their GSP based on the coordination agreement measuring criteria. As a draft coordination is hammered out how does ETGSA want to review it?, asked DeGroot. He said there is a $1.5 million grant available. Only one grant award per sub basin. Since the TAC represents all the GSAs it is applying for the grant.

Inestroza suggested on the sub basin wide all the meetings be listed. Boards, committees, coordination and such. That was well received and a good idea. TACs, stakeholders, board of directors, JPAs, four toed Samoan dancers committees – there is a lot to follow multiplied by the number of GSAs in all the sub basins. Many meetings. There was the question of who DeGroot works for. He’s the secretary of the TAC, Schafer is the coordinator and Harder is the consultant. Reed said to keep it as simple as possible. He said if you put something in the coordination agreement before the GSPs are finished is a technical problem. DeGroot said the law requires a minimum threshold for subsidence. There could be room for two inches per year, or four inches. How that number is adopted; whether by a JPA or a TAC isn’t as important as it’s accurate. And this can be reverse engineered into the GSP. DeGroot said he went to Sacramento to talk with the powers about the duplication of efforts between the Irrigated Lands Program and SGMA on water quality. He said the ILP is a program to prevent groundwater pollution and SGMA is trying to prevent the spread of groundwater pollution problems.

Castle told the committee he is curious of how the costs have are going to be shared. Geivet said Tulare County covers the white areas and the other agencies pay by acreage. Castle also said the impact on the white areas is scary. It can have a catastrophic economical impact on the area. Inestroza said the state doesn’t care. But the county should. One estimate has 62 percent of the white areas in the Tule Sub Basin will have to be retired. Geivet having flexibility moving groundwater is going to be just about as helpful as can be. In flood times if here is more conveyance, such as fixing the Friant Kern Canal, white areas might be able to get some recharge. But that’s a big if should things go south on the November Water Bond. The committee agreed its next task is to understand the policy positions and be ready to discuss it. It was also asked if the stakeholder committee should meet more often. Geivet is already running three IDs and conducting all the ETGSA meetings. He said unless a permanent XO is hired he’ll assume the fetal position if there’s any more added to his plate. The next ETGSA board meeting will be May 3rd. And that was that.