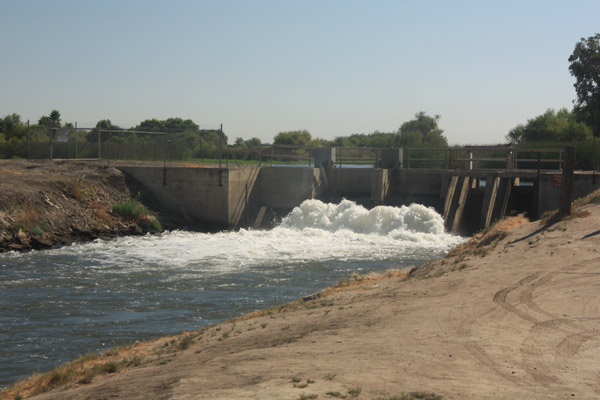 The Exchange Contractors board of directors met on Friday, April 9, 2021 remotely from its Los Banos headquarters using GoToMeeting but without the audio for some reason. You still had to call in to hear what was being said. Some other news before we start: Westlands Water District just announced it has expanded its scholarship program. Ten college bound high school seniors from the Valley’s westside will receive $1,000 to use toward college expenses. The deadline is May 21st so go to https://wwd.ca.gov/news-and-reports/media-center/education-outreach/ and find out more. One of the things I hear again and again is there are not enough young people entering the world of water to replace the aging water buffalos or water sprites or whatever you call the experienced management class.

The meeting was called to order at 9:00am by Vicechair Chris Cardella. Chairman Jim O’Banion wasn’t able to be at today’s meeting. Executive Director Chris White led us in the flag salute and a quorum was in attendance. The agenda remained the same but for a change in the order. Item 10 a water transfer was moved to Item 17. White said most of the discussion will be in open session. Under the Brown Act items dealing with lawsuits,

personnel or real estate negotiations can be covered in closed session. The board approved the change of the agenda and the minutes. Joann White gave the financial report and the board approved.

Ex Con Water Master Adam Hoffman gave the water report saying demands have been slowly rising since April 1st. Flows coming out of Millerton Lake down the San Joaquin River are going to be low but steady. Lake Shasta is at 60 percent of normal. The San Luis Reservoir is down and both Pine Flat and Millerton Lake are at 50 percent of normal. North of Delta storage is low as it is south of Delta. Delta inflow is at 10,000 cfs with a pulse flow out of Oroville. Only one unit has been running at the federal Jones Pumping Plant. Only 43,000 a/f at Jones was pumped during March. The state and feds have been working together as the state is having trouble meeting the Cooperating Operating Agreement to the point the San Luis Reservoir could go negative. Hoffman said the April 1st report was just received yesterday evening and consultant Dan Steiner is working on an interpretation.

White said the US Bureau of Reclamation has a plan that will supply Ex Con with enough water. That most likely means there won’t be a call on Friant supplies. He said all the SGMA reports were pulled together and the Annual Report was submitted on time and they’re clear of that hurdle. He reported the Orestimba Creek project and the Los Banos Creek Reservoir are advancing with a new banking project near LBCR. The Del Puerto Dam design consultants are in the process of being selected soon.

the San Joaquin River fish screens should be reached by the end of the month. Subsidence is a problem as there isn’t as much flow as needed for head pressure. There was a similar situation in Washington State and is being used as a model. Chedester said the Bureau didn’t have a comment on this and that’s a good sign. He said Central California Irrigation District will have to file a financial assistance extension because things are running a little behind schedule. This all a part of the SJR Restoration project and the whole show has been running late for more than three decades. The design of fish screens is taking a while. The main concern is the fish screen doesn’t impact Sack Dam on the lower SJR.

Chedester said there wasn’t anything new to report on the San Joaquin Valley Water Blueprint. The Orestimba Creek project is working on an 80 acre lease option extension that could turn into the land purchase option. So far there is $6.4 million in grants towards an $8 million project. Good for them.

The Los Banos Creek project long term permit will be submitted to the Bureau in a week or two. There is a plan to release 2,000 to 4,000 a/f for San Luis Water District and the Grasslands WD. This LBC project has been put before the local congressional representatives for inclusion in federal infrastructure funding.

White said there was a meeting earlier this month with the Mendota Pool Group members and Ex Con. The subject was a new 25-year environmental document that ties recharge to pumping levels. This year’s total will be 29k a/f for transfer and nearby irrigation purposes. White said staff has reviewed these figures and recommends approval. Chase Hurley was on the call and said things look good. Kim Brown was representing the Wonderful Company and said she appreciates the time and effort the MPG put into this. The board approved the 2021 MPG plan.

Consultant David Cory gave his report saying the CV Salts control program is now an elective program for the westside or landowners can be under a state plan. Either way you pay. The nitrate portion of CV Salts is also ramping up. By next year the westside needs to be ready to comply with the requirements.

Cory said the Westside Coalition for the Irrigated Lands Program has a video online that is a good update on the situation. I didn’t see a link in the report but I suspect it’s out there somewhere. Cory said putting the farm evaluation plan together is challenging. He said he had a time of it for his own farm.

White said the legislative committee has reviewed the bills. Chedester said there are both federal and state legislation the staff would like the board to take a position on. Congressman David Valadao has a bill to extend the WIIN Act. That should be easy enough to support. HR 866 by Calvert would move jurisdiction of anadromous fish like salmon under the federal Department of Fish & Wildlife. Another good idea since having two federal agencies overseeing the same species hasn’t proven to work well. On the state side Senator Melissa Hurtado is still working to get SB559 through the Sacramento grinder.

Chedester then spoke to the board about grant opportunities and new requirements. There’s a bill proposed to streamline the process and that also was deemed worthy of support. The board approved the recommendations. White also said there were a reports from the state and federal consultants showing the new players in Washington DC as well as other developments in the packet.

Andy McClure of the Manasian Law Group said the SGMA litigation got a favorable ruling form the California Supreme Court. All six GSPs from the Ex Con subbasin were sued in Stanislaus County. The ruling will push the legal action to Merced County courts. I’m not sure which lawsuit this is but the petitioner wanted to sue all the GSPs at one time in a consolidated action. A bunch of NGOs are suing over the Del Puerto Dam project but as it is right now the ESA is valid. Another bunch of NGOs and tribes has been trying to get the State Board to start issuing orders on the Shasta Temperature Control plan although this is in clear opposition to established law.

Jeff Bryant General Manager Firebaugh Canal Water District said the canal lining project has gone well. Building the new office has had the hiccup of finding the proper soil condition to build over.

Jarret Martin GM CCID said the state is looking to come into the Mendota Pool and work on the hyacinth problem.

John Wiersma GM San Luis Canal Company said SLCC had a good annual meeting in March on Zoom. He’s been hiring to fill some vacant positions and is gearing up for a dry year.

Randy Houk GM Columbia Canal Company said most of the deliveries have been surface water so far but he expects more pumping as the temperatures increase.

White started the discussion about the more than 20 water transfers being proposed. All of them received a 100 percent recommendation from the transfer committee but for two which will be taken up in closed session. CCID, SLCC and FCWD all had transfers, there were none listed from CCC. The types of transfers were for existing contracts, landowner to self and from one agency to another. The Ex Con transfer policy is pretty in depth – they are careful of sending any water out of the area. Fallowing land in one area and transferring the water to another is a popular way for folks to move water around to where it can do the most good. White read through the items and the board approved.

There were 10 closed session items and the public portion of the meeting ended at 10:17am. That was that.