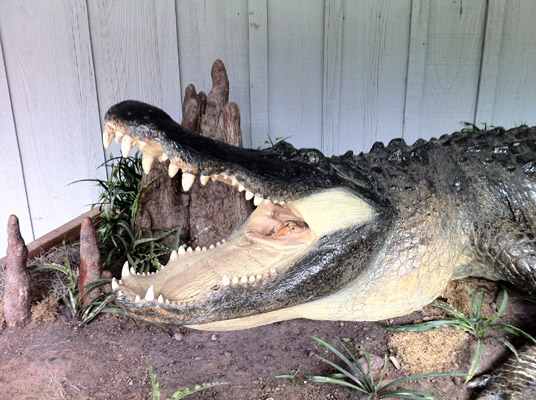 The Fresno Irrigation District held its board of directors meeting at its Fresno headquarters on Tuesday, October 17, 2017. I know that General Manager Gary Serrato is vacationing in the Holy Land. I also know when President Ryan Jacobsen kicks it in gear you’re going to witness a fast pace meeting. Seriously, I’m just typing this and the board is already on item 7, controllers report. DeAnn Hailey told the board the budget will be ready next month and gave the comparisons of fund budgeted spending and actual expenditures. Everything sounded pretty good. The district isn’t going broke and it isn’t renting yachts to cruise the canals. The consent calendar and pledge of allegiance and conflicts of interest and such were all taken care of. Hailey even talked the board into paying all the district’s current bills. She also talked the board into paying for her and the payroll administrator to take a trip to Lakewood for seminar of all the new changes in the tax code as it impacts government agencies like FID.

Water Master Jim Irwin gave his report and said storage at Pine Flat Reservoir on the Kings River is 527,000 a/f. FID is diverting 60,000 a/f of Central Valley Project Class I water for the City of Fresno and since there has been a small Class II allocation (maybe I should call it a big allocation because it’s rare for this time of year) and FID is getting 2,700 a/f bonus water. All combined FID is getting 1,100 cfs and Irwin hopes to continue this for the rest of the month. He then gave the weather forecasts and October is expected to be drier and warmer than normal. FID has a good problem – it will still have close to 60,000 a/f in storage in November. Staff recommends extending deliveries into November. Director George Porter pointed out and Director Greg Beberian agreed farmers will want a date. Raisin harvest isn’t complete so there is pent up demand. Irwin said his idea for a target date to close the main gates is the 12th of November. Assistant GM Bill Stretch recommended giving staff the flexibility to continue runs if conditions are dry and warm and demands are up. Porter said the board needs to speak with their growers and warn them to use their water. Director Jerry Prieto said he’s OK with a 60,000 a/f carryover at Pine Flat and the board voted to end the deliveries on November 12th. If it gets cold and starts raining before then and demand drops staff could start shutting down the system early. FID has recharged more than 44,000 a/f this past water year. Beberian said his well went up 10-feet at his home. Jacobsen praised staff for doing a great job. There are three FID banks I’m aware of: Waldron Pond, Lambert and the Boswell basin. Together I don’t think that amounts to 300 acres of spreading ponds. That’s about 146 a/f per acre average over the year. Moving on it, would take a monster storm to cause any flood releases at Pine Flat before the end of the year. FID is part of the Kings River Water Association. This association has rules and they have always struck me as complicated, but then it wouldn’t be water in California if it wasn’t. I believe FID is an upper river diverter and as such it shares storage with Alta ID and Consolidated ID. Somebody check me on this but Alta and CID have emptied their storage already so FID is in good shape for carryover as its closest neighbors left it plenty of room. Jacobsen announced this was the third wettest year on record for the Kings River with more than 4 million a/f of run off.

District Engineer Lawrence Kimura gave a quick report. There are a couple of developer projects going on and in-house attorney Jeff Boswell has been negotiating with the High Speed Rail folks to keep HSR from screwing up the district’s conveyance system. Stretch said all of FID’s expenses are reimbursed by HSR. So Boswell and other staff and consultants get covered by the tax payers statewide and not just in FID.

Stretch’s turn to give the Assistant GM report and he turned it over to engineer Adam Claes who reported on system maintenance. A lot of cracked pipelines have been replaced in a very short time and Claes acknowledged the workers for doing a great job. Homeless folks within Fresno have been living along the canal banks. Staff has been keeping the brush along the canals cut back and that has been very helpful in keeping the campers away. The amount of trash and old mattresses and such getting in the canals have been a problem but things are getting better. The coordination of clean ups includes the police department and sometimes the garbage trucks. There is concern about FID employees being exposed to hepatitis and Stretch said there is a safety officer on site at all times and the occasional haz-mat officer. No staff actually touches the trash. The City of Fresno has an anti-urban camping ordinance and the Fresno Police Department has been very cooperative. There are county islands throughout the city and FID canals outside the city limits will need cooperation with the Sheriff’s Department.

Claes then reported on the Southwest Banking Facility construction. It’s going well. The equipment committee met and there are two bids for a new backhoe. The bids followed estimated costs and where actually under somewhat. The John Deere verses the Caterpillar war was won by the non-mammalian. There were also bids from Kenworth, Peterbilt and Freightliner. They were all $40,000 less than estimated and within $600 of each other. Two of them were within $17 different. The board went for purchasing staff recommendations along with eight Ford pickups.

Stretch continued his report by saying the last North Kings GSA meeting was in September. This month’s is cancelled and next month’s meeting will be held a week early on November 16th to avoid Thanksgiving. Consultant Provost & Pritchard have come up figures for Kings Sub Basin wide overdraft. The Kings Sub Basin’s seven GSAs met recently. I didn’t receive any notice and I’d really like to from now on. If it’s public business it needs to be conducted before the public. The last GSA was formed at the last possible moment and wants a share of grant money. This is being worked out. At this point all of the Kings Sub Basin is covered by a GSA, even the white areas.

A while back Friant broke up with some districts formed the Friant North Water Authority. FID was one district and now the Friant Water Authority has become more and more attractive. FID will determine if it wants to fully rejoin FWA and break from Friant North or perhaps some other option might present itself. Friant has now joined the Temperance Flat Dam JPA and is expected to take much more of a leadership role. FID could team up with the City of Fresno in this matter.

Another landowner has approached FID similar to last month’s situation where water at the end of the FID system could be recharged outside of the boundaries. The board instructed staff to develop some policy to deal with this and similar scenarios. Also, the Kings River fisheries program needs a new update. See photo.

Stretch covered for Serrato’s GM report and he said he spoke with City of Fresno’s Water Chief Tommy Esqueda and came to a conclusion it is better to use all the water in Millerton Lake and move any carryover to Pine Flat. The Association of Dried Fruits from Australia toured FID. They only grow raisins, but anyhow they came to the right place. The California Special District Association also toured FID and learned about what conjunctive use means.

The next item was about a letter of opposition to the attempts to move excess flood waters from the Kings River to a banking facility in Kern County. Armando Quintero is the Chair of the California Water Commission. The board was unanimous in supporting the opposition.

Under directors’ reports Beberian was thankful to God all his raisins were packed before any bad weather struck.