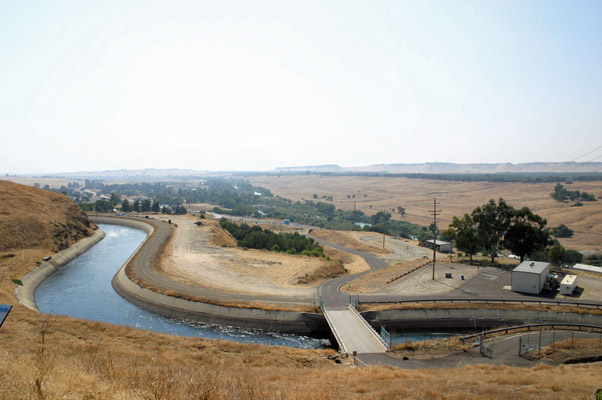 The Friant Water Authority met at the World Ag Expo facility in Tulare on Thursday, May 23, 2019. It was cold, dark and wet. Not the usual weather conditions for this time of year. FWA Chairman Chris Tantau called the meeting to order at 9:10am. A little late because they closed the main off ramps from south bound Highway 99 one would use to get to the venue. Director Cliff Loffler led us in prayer to begin the meeting and we were thankful for the late rain and snow although that does present some challenges for some growers. I understand cherries are susceptible to damage from rain as it soaks through the skin and causes the whole thing to burst. So, good for Loffler to keep them in prayer.

During public comment I was able to plug the SGMA Survival Toolkit event in Exeter on May 30th. Mike Wade from the California Farm Water Coalition gave a presentation on the Cultivate California social media campaign. CFWC provides a great clipping service of ag water news stories. Between it and Maven’s Notebook you can pretty much stay abreast of what’s going on in California water. The Cultivate California campaign had achieved great results. Wade explained the methodology of reaching the best audience – urban, young and upwardly mobile I believe. It’s been very successful. Executive Director Jason Phillips said the big question from farmers is how to get folks to understand how necessary farming is. There’s a disconnect. Phillips thanked Wade and CFWC for getting the word out. Mark Larsen, General Manager Kaweah Delta WCD said he appreciates how responsive CFWC is. Phillips urged the directors and managers to take the request for funding to their home boards.

Phillips next spoke about ACWA and the opportunity for ag water to take a bigger role. Tim Quinn is no longer the Executive Director and Dave Eggerton has taken his place. Eggerton said he comes from a local water district background on the Stanislaus River and has always had the desire to pull the water needs of ag and municipal together and get some common-sense relief. He said it doesn’t work to harm ag on the water side and supports Wade’s efforts. He said Phillips will be addressing the ACWA board at the next meeting and the momentum the Valley Blueprint is gaining is encouraging. ACWA is well aware of SGMA and is working to prevent the worst case scenarios. He said ACWA is now looking at long-term strategic planning that intricately involves the needs of ag. He gave a shout out to San Luis WD Director and ACWA Ag Committee Chair Bill Diedrich for getting things going again. He said ACWA began as an ag water organization.

Former FWA Chair Kent Stevens said Quinn looked him straight in the eye and told him ACWA supported SGMA but even without ACWA was committed to bringing more water to the San Joaquin Valley. Stevens invited Eggerton to check with Quinn and make sure that commitment is ACWA policy and direction. Eggerton said he heard him loud and clear. Harvey Bailey, Director Orange Cove ID said he is happy to hear what Eggerton said about supporting ag. He hasn’t felt that was the case for the past 25-years. Eggerton said he wasn’t a farmer but his work at the local water district was powered by working to keep ag water in farming.

George Porter asked why no one would sit by him. That was pretty good because FID has been strongly against having to pay for repairs on the subsidence of the Friant Kern Canal. Someone joked, “Was it something he said?” Which brought the next item to the table. The repairs are officially called the Friant-Kern Canal Capacity Correction Project. Ad hoc committees have been meeting to work out a policy palatable to all on how to pay for the repairs. As Phillips said using the numbers of the feasibility study after establishing a preliminary collective contribution amount for affected Friant Division Contractors you plug it into a 40 or 50-year payback. The number suggested was $50 million. A resolution was presented to the board and Phillips was clear this doesn’t authorize spending. He said staff is looking for every way they can to find other ways to fund the entire $400 million repairs from legislation both state and federal. Michael Hagman, GM Lindmore ID said his board is willing to spend $2.5 million to help keep the canal moving water. Porter said he’s heard SB 559 was stripped of Friant repair money. Phillips said this wasn’t accurate but there are some State Water Project contractors wanting a slice of that pie. He told the board Friant wants the Aqueduct fixed too but it would be a huge benefit to Kern County and that shouldn’t be a problem. The Kern County Water Agency has said it won’t oppose the bill but Kern wants some money for its state side problems. One argument against the bill is why should the state pay to help fix a federal canal. There’s an easy answer – California farmers

have long ago paid off the FKC and the canal brings water to California farmers. There are no federal farmers in the Valley I’m aware of. Fergus Morrissey, GM OCID reminded folks the CVP was originally a state project. The state couldn’t finish the work asked the feds to step in. Pyongyang, I’m sorry Sacramento, wasn’t always more focused on defying the President of the opposing party from its majority. But when you remove the right wing (or the left) things tend to spiral. Porter asked why $50 million and not $25 million. Phillips said the initial cost estimate to get the project design and permitting (I think) was between $30 million and $89 million. So $50 million seemed a reasonable figure. He said if all the funding hoped for comes through the money could be returned. Tom Barcellos ask if only part of the project funding comes through would the project be shrunk or only part of the project be completed and the rest addressed later. The goal is to fund as much as possible and fund the rest later. Pasco pointed out the act of Friant putting its money where its mouth is will show the legislators Friant is serious. The board voted for sharing the $50 million upfront costs but Porter voted no.

Subsidence was next. Phillips said FWA is looking to engage GSAs with pumpers who can and have impacted the canal. A letter has been written and there may be some revision after today but the idea is for FWA to have some input on the GSPs to be sure the impacts on the FKC are minimal and mitigated. The letter was in the packet. Sean Geivet, GM of three IDs: Porterville, Saucelito and Terra Bella reminded the board the worst subsidence is in white areas. The board voted to send the letter.

Joaquin River restoration water through Banta Carbona and Patterson IDs’ pumping facilities. There is an issue with the wheeling rates being (surprise) too high. Our old friend Steve Ottomoeller and Friant COO Doug DeFlitch will be negotiating on Friant’s behalf. The board agreed.

Bill Swanson, Stantec Engineering is working on the subsidence repair. He had no large power point; which received applause. Swanson said the US Bureau of Reclamation is very supportive of this and is working as cooperatively as possible. Davis said the Bureau has given FWA the lead slot on right of entry agreements. He said that is a good sign. There was some discussion about how the WINN Act can be used and Phillips said irrigating farms is of interest on the FKC, not so much flood control and fishery protection. Swanson said the Bureau’s Denver staff is taking the narrowest possible position on WINN Act funding and it’s not known if Mid Pacific Regional Director Ernest Conant is aware staff doesn’t consider irrigation water in the FCK of interest to the federal goberment. Davis said an excellent consulting firm 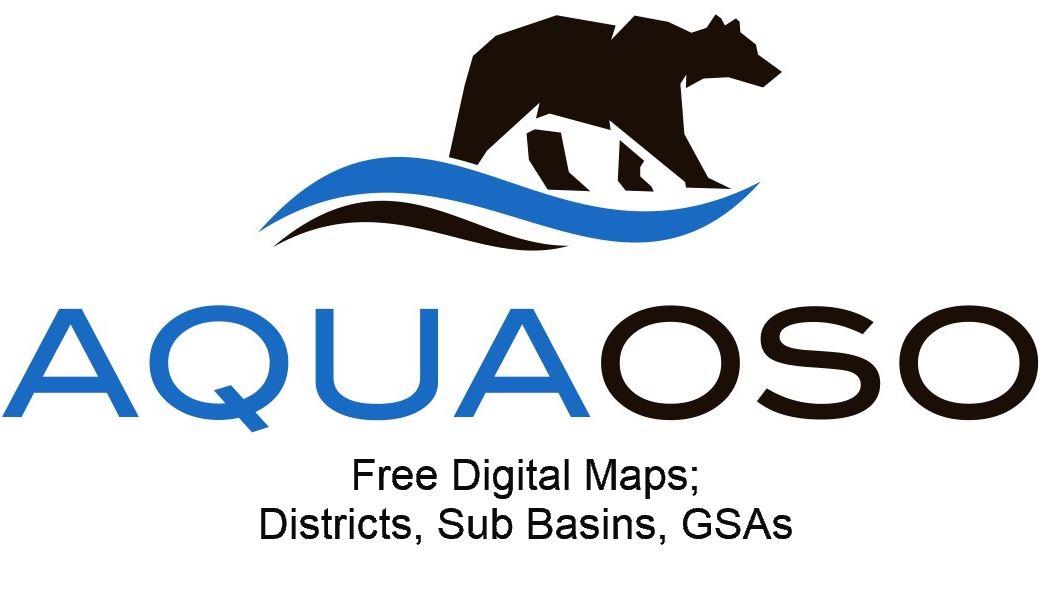 The Bureau next gave its report with Rufino Gonzalez saying the Bureau expects 200,000 a/f of releases on the San Joaquin between now and the next month’s FWA meeting. Phillips said he FKC and Madera Canals are not taking capacity which is causing a perception that the local districts don’t want the water and land should be retired. He said if this water isn’t taken it’s going out to sea. Gonzalez said the peak snow melt is predicted to be June 8th and that is why the releases are taking place; to make room for the coming snow melt. So far the inflow to Millerton Lake is 144 percent of normal.

Johnny Amaral spoke about all the moving parts; the biops, SB 559, other state and federal legislation. He said he and Austin Ewell will be with some congress folks later next week. He’ll be on the Channel 26 televised SGMA Town Hall this evening. He’ll also be speaking at the SGMA Survival Toolkit event in Exeter next Thursday May 30th. Good for him.

Jeff Payne updated the board on what’s happening with Temperance Flat. There is still $8 million available for Prop wwOne funding and the question is should they take a bit out of that apple as it opens a box of slippery slopes. To take those funds would involve the state and possibly booger up federal feasibility funding. Phillips said he felt he was on safe ground in suggesting there could be a reduction on the modeling costs and there won’t have to be another cash call. At this time private investors are not allowed to join the new Temp Flat MOU. Things might change in the not to distant future. It’s not be decided for sure but the investment will include storage space in the lake.

Payne continued and spoke on the NASA Airborne Snow Observatory. There are flights scheduled as soon as the weather clears. Payne said he draft biological opinion will most likely be worked on diligently through the holiday weekend. There most likely will be a three week delay past the President’s memo. Phillips said he wouldn’t get into details but to consider ourselves blessed; that portion of the federal government is working for us.

Ewell reported there was a very productive San Joaquin Valley Blueprint with organizational strides and commitment of funds. Ewell said something I’ve heard many times lately – the SJV Blueprint is gaining traction. Ewell pointed out Bryce McAteer, Exec Direct Eastern Tule GSA has been working hard on this as well. It looks like Wade Crowfoot from Cal EPA will be taking a firsthand look at the Valley through the lens of the Blueprint. A draft of the Blueprint has not been released yet. Ewell pointed out it’s difficult to rein back unedited work. That’s true. Phillips said the interests from white areas has picked up considerably. He said the ultimate goal is to get Governor Gavin Newsom to adopt the Blueprint and Crowfoot is helping. Amaral said he believes the Blueprint is showing what is possible. Phillips said the NGOs are being consulted.

The Friant Water Authority is a Joint Powers Agreement with 15 districts to operate and maintain the Friant Division of the Central Valley Water Project. Water from the San Joaquin River is diverted at Friant Dam at Millerton Lake to the Madera/Chowchilla Canal to the north and the Friant/Kern Canal to the south. More than one million acres of mostly family farms and numerous communities get their surface supplies from the Friant Division. Staff: CEO Jason Phillips, COO Doug DeFlitch, Superintendent Chris Hickernell and Attorney Don Davis.