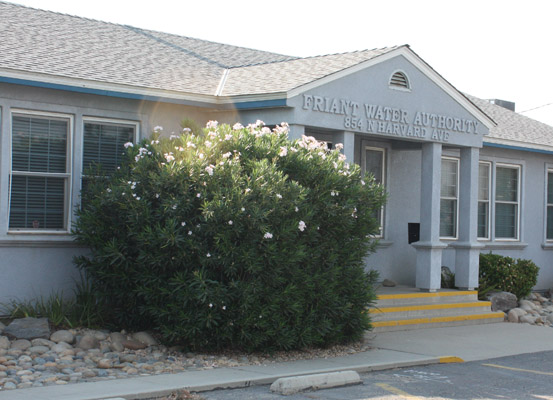 The Friant Water Authority met at the Wyndham Hotel in Visalia on Thursday, September 28, 2017. This was supposed to be Georgeanne White’s last meeting representing the City of Fresno. She has made an impact on the organization. She was presented with a dozen long stem red roses and Director Cliff Loeffler included her in the pray that started the meeting after Vice Chairman Chris Tantau started things off at 9am. She didn’t actually show up to the meeting – otherwise how could one miss her? She is scheduled to show up later with Tim Orman, a longtime Fresno politico who ran Smiling Jim Patterson’s successful mayoral campaign, will replace her. As it turned out White’s leaving opens up many vacancies. There are at least three positions, committee and board that had to be filled and they were.

The minutes were approved, there were no public comments and COO Doug DeFlitch announced there will be a directors’ retreat somewhere up in the high country and that should be fun. CEO Jason Phillips said the agenda for this retreat will be tight. Water Policy Chief Jeff Payne reported on the results of FWA joining the Temperance Flat Dam efforts. Payne explained about some of the provisions Friant wanted secured before investing in the San Joaquin Valley Infrastructure Authority JPA. Attorney Don Davis said there will be a red lined version of the agreement prepared and distributed to the home boards for approval a legal agreement can be reached. Davis said the document is pretty much ready but for a few minor clean ups. Doug Welch, GM Chowchilla Water District wanted to know about the flexibility of individual district’s joining in. It was kind of a technical question because some smaller districts have wanted to join together to fill a seat. Sean Geivet, GM of three districts: Porterville ID, Saucelito ID and Terra Bella ID, asked about the modeling runs. Will there be three models since the three districts are paying a third of the $100,000. Phillips said one way to fix this is include in the contractor’s agreement the provision each participant will be given multiple model runs. In the meantime, Chairman Kent Stephens, Kern Tulare WD arrived and he suggested an MOU within Friant to work this out. Director Edwin Camp, Arvin Edison WSD said he wants to avoid a situation where one participant – whether a group or individual district – gets an overwhelming number of models. He didn’t want to see friction develop over “who paid how much.” There is a steering committee and much of these details can be worked out. Geivet said he thinks in almost any event there wouldn’t need to be more than four model runs. Davis fed back to the board the discussion’s points. A vote was taken based on this and the home boards will have to be ready next month to commit to the terms within Friant. This passed.

Next Phillips told the board the Executive Committee recommended Friant to join the SJVWIA JPA. There were a couple of things the JPA wanted and one was the opportunity for non-Friant contractors to participate in spending money to get benefits. Phillips will be the Friant representative on the JPA with Payne as the alternate.

Phillips went on with other Ex Com recommendations such as some details of the draft of the fiscal star date 2018 captain’s log budget when Kole Upton walked in and sat down next to Welch. I lost my place. That was nice to see. When I came back to typing again I heard Phillips say the public outreach such as the Friant Water Line, the FWA house organ will go out in email form with only intermittent print items. This struck me as kind of sad and makes me miss Randal McFarland Jr. Of course there was much more to it than this but that’s what public documents are for. I did hear $305,000 is the upper end of Friant’s share of the NASA snow survey. There is a plan in the works to deal with SMGA options and an opportunity for FWA to get its nose in the reconsultation of the Delta biops. Friant is impacted by what happens in the Delta but maybe not 50 percent of the cost. Phillips has been speaking with the other Jason, Jason Peltier CEO at San Luis Delta Mendota WA about partnering with SLDM and possibly the Exchange Contractors to share costs and prevent duplicate efforts. At the urging of Camp the board voted to divvy up the money already spend on Temp Flat efforts.

Well as these things go Georgeanne and Orman were present and she introduced him as Fresno Mayor Lee Brand’s Chief of Staff. Orman received a warm welcome and it sounds like he’s ready to start drinking from fire hose next month. White gave her swansong treasurer’s report and it was accepted. White next reported on the Human Resources Committee meeting and staff was dismissed from the room. The item was cost of living adjustments. Non-management staff received COLA increases. Management staff is handled differently. A salary survey was used in the past. Upper management employees will transfer to a performance based evaluation. White pointed out some of the upper folks have not been properly compensated. There was much more to it than this. Once again White persuaded the board to vote yes. Then there was the organizational chart. She said the only change was Payne’s title to Director of Water Policy. That’s good, it’s easier to remember and doesn’t corral him in like the old Water Resources & Operations Coordinator did. However, Geivet reminded everyone one of Payne’s major functions is to keep an eye on the Delta.

Stephens recognized White’s achievements and she was presented with a plaque. There were a couple of speeches made and it was touching. White rose to the occasion in her service to FWA.

Director of Water Policy Payne said the US Bureau of Reclamation is toying with an unrestricted carryover and a three percent Class II residual allocation. The Bureau’s Rufino Gonzales said this is pending but looks good. Payne also took a hike up to the San Joaquin River head waters in the high country along with others involved in the NASA snow survey program.

Lobbyist/consultant in Sacramento Mike Villines spoke by phone. I’ve known Mike for many years and he’s a treasure. He started with the AB 313 that calls the State Water Resources Control Board on the carpet for not giving good reviews on appeals. This bill will add a review by an administrative law judge before the State Board hears an appeal. The enviros wet themselves over how this will cause the earth to rotate backwards but it is getting some traction. Villines asked FWA to support it as there may be some problem with getting Governor Jerry Brown to sign. SB 49 was an attempt to go around federal law and it was viewed as an overreach and a political symbol against President Donald Trump’s administration. This bill could be picked up again in January and Villines said to expect this. He did say the fertilizer tax bill SB 623 will probably come back next year. This is part of the nitrates in groundwater hysteria taking place in the capital’s back rooms. Assemblywoman Laura Friedman’s AB 1667 was shot down. Villines said there were those in the legislature who believed this was too big a bite for a freshman assembly member and split the bill in two parts. Neither part passed. The State Board’s enforcement division sent letters to 27 letters threatening landowners over the nitrate scare.

Phillips said he took a trip to Washington DC recently and spoke with Austin Ewell, Deputy Assistant Secretary of the Interior. Phillips said he’s working hard to get up to speed and he thinks Ewell is going to be an important partner. Phillips also met with some folks from the Bureau who are very aware of the subsidence issues facing the Friant Kern Canal. He also said his message to Congressional staffers was; what are we going to do if we don’t get some relief on water deliveries? There was little hope for California specific provisions in HR 23 considering Senator Diane Feinstein won’t support it. If she won’t support it there’s little hope Senator Kamala Harris will support the bill either. There will be a round table of the committee and Arvin Edison’s Steve Collup will be a featured participant from California.

Phillips said the Merrill Bond has raised a lot of questions and there is a Q&A on the Friant website to help with some comparisons and contrasts of other bonds. There is a signature drive to get the bond measure on the ballot and there is close to $2 million raised for this purpose. It’s doing well with land owner support. Land owners and supplies within Friant have chipped in big time as has the California Water Fowl, Cal Ricer Growers and Ducks Unlimited are just a few of the groups supporting the Merrill Bond. The Northern California Water Association’s PAC has also contributed which is a good sign of the widespread support. Upton said he was speaking with one of President Trump’s advisors about getting appointees on the federal agencies who aren’t immersed in enviro political correctness. He said he told him taking water away is the first step to taking land away. Phillips said it would be helpful for home boards to pass resolutions in support of HR 23.

DeFlitch gave a report saying the eggs and issues session (also known as bacon and BS) on Madera will be moved to later in the month. This gives Phillips a chance to hand out at the coffee shops and speak to 20 or so people about the issues impacting Friant. There will be four locations: Madera, Tulare, Orange Cove and Bakersfield. This is pretty much for Friant growers since Friant is buying. Madera ID Director Carl Jansen said he could bring a few dozen eggs to help save money. DeFlitch continued saying the FKC pump back project is going forward and about 1.5 million a/f have gone down the FKC since March. Phillips said during the Friant Executive Committee there was a request for a list of acronyms and although it is a living document (sound familiar) there is time to make corrections. The meeting went into closed session.

ALL RIGHTS RESERVED.  Copyright 2017 by Don A. Wright   No part of this publication may be reproduced, stored in a retrieval system, or transmitted in any form or by any means, electronic, mechanical, photocopying, recording, or otherwise, without the prior written permission of Waterwrights.net .

The Friant Water Authority is a Joint Powers Agreement with 11 districts to operate and maintain the Friant Division of the Central Valley Project. Water from the San Joaquin River is diverted at Friant Dam at Millerton Lake to the Madera/Chowchilla Canal to the north and the Friant/Kern Canal to the south. More than one million acres of mostly family farms and numerous communities get their surface supplies from the Friant Division. Staff: Interim General Manager Bill Luce, CEO Jason Phillips, Superintendent Chris Hickernell and Attorney Don Davis.