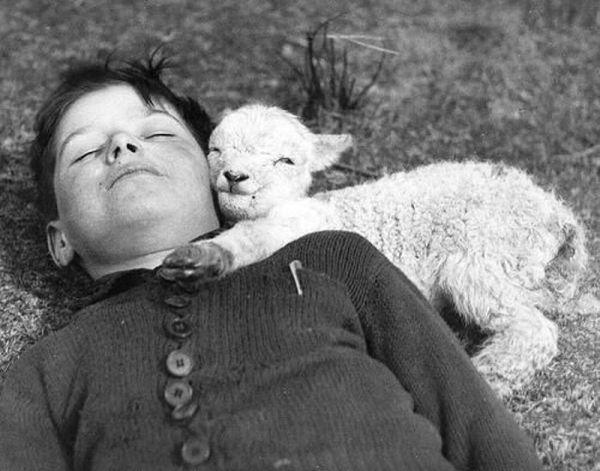 The Friant Water Authority met at the Wyndham Hotel in Visalia on Thursday, October 26, 2017. Traffic on High Way 99 was relatively light and I got here early. This is the part where I usually come up with some kind nonsense that will make you want to read the rest of the report. Something hopefully funny or surreal to catch a reader’s interest. I’m sitting here, it’s quiet and no distractions. Ideal conditions to think and type. I’ve got nothing. I’ve learned when you have nothing just start typing. Here goes. As I’ve pointed out many times – I love my drop cap on the first paragraph. But one needs at least three or four sentences to get enough “meat” on the paragraph so the drop cap doesn’t just hang in outer space.

ike this. Here’s an example of a paragraph to “skinny” to support a drop cap.  Just not enough lines to balance the look. And of course there’s the issue of color of the drop cap. Water is clear but it reflects the sky and the sky is blue and so we think of water as being blue.

hairman Kent Stephens called the meeting at 9:00 am. As it worked out Clifton Loeffler, Director from Lindsay-Strathmore Irrigation District wasn’t present to give the morning prayer so Preston Britton a grower’s representative who is not on the board gave the prayer. From there the minutes were approved and there were no additions or deletions to the agenda and there was no public comment.

FWA CEO Jason Phillips introduced Mike Wade, Executive Officer of the California Farm Water Coalition. Wade reminded folks that during the drought the ag industry took a lot of hits. Not only from lack of water but a great deal of ignorant criticism from around the state that ag was getting a pass. That led to Governor Jerry Brown speaking out about ag already taking the big hit. Friant had two years of zero allocations. Wade said the public image of agriculture needs to improve. Some groups got together to create the California Outreach Program.

Wade said it was discovered there were three issues about farming that resonated positively with people: Food, folks like to eat. Innovation, folks like that farmers are efficient and use the latest technology. And Pride, folks were proud that we feed the world from right here in California. The COP slogan is “Keep the State on Your Plate.” The internet and social media presence is growing. Studies of focus groups show positive impressions about ag are increasing. The fourth issue to be spread is ag’s investment in environmental projects. That hits a sweet spot with the public. A Spanish language website is under development as well as Facebook and urban radio in the Los Angeles and Bay Area markets. The whole thing is budgeted for $732,500 and Wade made a good case about why COP is needed. He had a stack of editorials about why ag is wasting water and there needs to be a counter message. Wade said COP’s message is very similar to the CFWC’s message; but it’s branded differently. He said this started with the Farm Bureau and Western Growers and was moved to the CFWC. This has

Mia Swenson executive assistant at the FWA Sacramento office was introduced by Phillips. She performs some difficult and much needed duties. Stephens asked Swenson if Phillips was turning his expense reports in on time and welcomed her to the organization. The treasurer’s report was passed and COO Doug DeFlitch made a quick announcement that the 2017 FWA Directors’ Retreat is almost ready and I didn’t hear where but I think they’ll need chains and four wheel drive to get there.

Steve Dalke, General Manager of Kern-Tulare Water District said the California Aqueduct is suffering from subsidence as well. Kern County districts are having a difficult time getting water from San Luis Reservoir. Duane Stroup from the US Bureau of Reclamation was speaking for the Regional Director Michael Jackson, whom Stroup said was in jury duty today. He said the Bureau will be trying to move as much water south of Delta as possible. Friant’s Jeff Payne reported the X2 line in the Delta is currently driving the car up there.

Consultant and all around nice guy Mike Villines gave his report by telephone and said watch out for ads against Assemblyman Joaquin Arambula for his support of the gas tax. He also said the legislators should have a budget before the Gov by Thanksgiving and Brown should have his response soon after. He said gubernatorial candidates will be parachuting into the San Joaquin Valley anytime now. Phillips continued saying the water bond signature gathering has begun. It’s expensive at $2 per signature but if they had waited longer it would be have been $3 per signature. More money needs to be raised. Phillips got to sit in on meetings with campaign consultants as a technical advisor on the Friant Kern Canal subsidence. He said it was interesting to hear what the pros are saying. Things like what if the governor opposes, stays neutral or supports the bond measure? What if the enviros oppose? What if it’s a dry year or wet year? Phillips said gubernatorial candidate Antonio Villaraigosa approached him at a meeting and told him of his support for Valley agriculture and Friant in particular. That was not an endorsement but good to know. California’s primary is so screwed up there little chance of a Republican even appearing on the general election ballot. On the federal side Arizona Senator Jeff Flake’s stepping down could put a kink in water legislation as he was the point man in the senate. The candidate for Commissioner of the Bureau of Reclamation is a lady named Brenda Burman. The first lady to ever be considered and the longest appointment lag in history. There is some drainage legislation for the west side and it is good for Westland WD. Phillips said the language has been reviewed and he thinks this bill will not harm Friant. He also said Western Growers is also in favor of the bond and if not there’s a Friant director who also sits on that board.

Payne gave an update on the Temperance Flat Dam project is going. He said the seats on the Temperance Flat MOU were priced too cheap. There are already eight seats filled and after his presentation before the South Valley Water Association meeting he expects some positive response from that group. (You may recall the SVWA report from earlier this month Payne was well received.) Payne attended a recent California Water Commission meeting where the Temp Flat application for funding was accepted. The CWC found every application was missing information. The missing Temp Flat information was submitted. Three of the nine CWC commissioners were missing and so they are having a meeting this morning to decide what to do next. Fergus Morrisey, GM Orange Cove ID said if you go to the CWC website you can watch a four hour video where an hour and a half found Payne in the midst of this discussion. Payne said don’t waste your time, he did a good job. That was tongue in cheek. There are a lot of ramifications to this and I don’t fully understand it all. But, Phillips said even if a new JPA has to form he wants Friant out in front on this. He said he’s been pushing Payne to stay on top of this. Sean Geivet, GM Porterville, Saucelito and Terra Bella IDs asked if there is a fatal flaw in getting Prop One money. This is a possibility in relation to Prop One but shouldn’t hinder the private investment portion of the plan.

Attorney Don Davis gave his report and said the agreements with Stantec Consulting needs more money for a couple of projects. COO Doug DeFlitch said part of the money will go toward modeling for various needs such as the subsidence on the canal and comparisons with the Sites Reservoir and a proposed Mid Valley canal that would run east and west from the Aqueduct to FKC. This falls under a common industry term I’ve never encountered before – Master Professional Services Agreement. The board agreed to provide the funding.

DeFlitch reported in the FKC subsidence situation. He said design on how to deal with the various challenges like what to do about the bridges that cross the canal. That’s a big one. It is part of developing the conceptual plan. Phillips said he’s asked the Bureau for $5 million to get this started. He suggested using the money from the Part III settlement and has poked the Bureau for it with a sharp stick. He’s heard from the Bureau and the appropriations in the budget for SJR restoration settlement could be used. Capacity correction, pump back and 50/50 water banking projects has $50 million in the pot. He said there could be some difficult discussion at the directors’ retreat about cost sharing. But he said he told the Bureau to come up with $5 million or it’s coming out of O&M.

Steve Ottomoeller spoke about the pump back project on the FKC. He said Provost & Pritchard is coming up with some design and the water quality analysis is coming along. He said Friant has been submitting reports and bills to the Bureau but hasn’t been getting reimbursements. He was told you can’t just turn in the bills. One must get into the system to get the reimbursements. So, he’s working on that. DeFlitch introduced the new format for the O&M report.

Phillips next gave his CEO report saying the Bacon & BS meetings – sorry the Eggs & Issues meetings – Friant has been hosting have been very successful. There has been good turnout and the feedback has been encouraging. Phillips has been speaking with growers over breakfast at many locations in Friant. This outreach has been successful, and he wants to bump this program up. He thanked everyone for the help. The lovely Lucille Demetriff, Director Saucelito ID said her husband attended the meeting and was very impressed. Phillips said her husband came up to him and told him what a wonderful wife Lucille is. That reminded him of what the preacher told his wife. “Don’t be nervous. You only have to remember three things to do your duty: walk down the aisle, go to the alter and remember you are to say your vows.” Sometime after the wedding there was a little strife in the control department. And as a young, new husband he asked his wife where she got the ideas. She said, “The preacher told me my marital duties. I’ll alter you.”

ALL RIGHTS RESERVED.  Copyright 2017 by Don A. Wright   No part of this publication may be reproduced, stored in a retrieval system, or transmitted in any form or by any means, electronic, mechanical, photocopying, recording, or otherwise, without the prior written permission of DAW.  *I got no idea if this will translate to the website. You’ll have to use your imagination to see the drop caps if they don’t reprint on line the same as this original report.

The Friant Water Authority is a Joint Powers Agreement with 11 districts to operate and maintain the Friant Division of the Central Valley Project. Water from the San Joaquin River is diverted at Friant Dam at Millerton Lake to the Madera/Chowchilla Canal to the north and the Friant/Kern Canal to the south. More than one million acres of mostly family farms and numerous communities get their surface supplies from the Friant Division. Staff: CEO Jason Phillips, COO Doug DeFlitch, Superintendent Chris Hickernell and Attorney Don Davis.