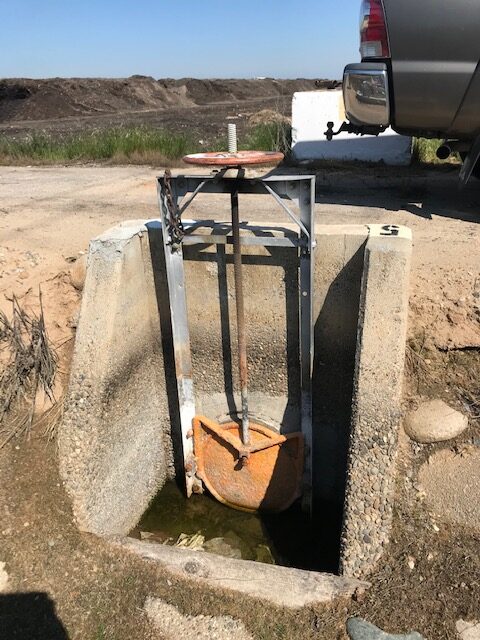 The Kaweah Delta Water Conservation District held its board of directors meeting at its Farmersville headquarters and GoToMeetings on Tuesday, December 6, 2022. With the ACWA conference in the rearview window and a little rain and snow as well and more precipitation predicted this weekend and next week, this could be a pretty good meeting. Unfortunately Mike Chrisman passed away and that has created a vacancy. Applications closed yesterday and the agenda has the authorization of appointment of a new director as part of today’s meeting.

The meeting began at 9:01am when Chairman Don Mills called things to order. There was no public comment and General Manager Mark Larsen said the state has changed its cooties guideline and while the meeting is still online the directors have to show up. The consent calendar was passed.

The agenda was moved around and RMS Consulting’s Rick Stone gave a cloudseeding presentation. He said cloud seeding started with surplus World War II planes. Stone began with a breakdown of the statistical analysis used in the past. He reminded the board the goal is to make rain and snow. This isn’t a research program but it can help with ASO information.

A portable radiometer is placed in key places at the base of the foothills to monitor air conditions. There is a good deal of restricted military airspace over the area so the flight plan has to be exact. The process is known as orographic cloud seeding. The airplanes target specific parts of the clouds determined by temperature, estimated water content and direction to provide the most moisture nuclei which causes the water to group up and fall.

Stone showed some photos of the planes currently being used. There are times when the windshield is completely iced over and you can’t see out. Doesn’t sound like a fun flight. It makes me think of Patsy Cline. The plane also has flares that can be released. Stone went over some of the mathematical modeling used to determine the impact of the seeding. On average the practice yields an additional 10 percent water supply. But some years that number is much greater and you never know ahead of time. Stone, as you might expect, strongly recommended continuing the program.

One of the directors asked about the shortage of pilots. Stone said the airlines laid off a lot of pilots during the pandemic. These pilots would have to recertify and they didn’t want to. It was also mentioned the airlines were requiring vaccinations and many of the pilots didn’t trust the drugs. There is an indication the vaccine causes blood clots that are amplified by the pressure changes of flight. Another interesting fact is cloud seeding by airplane is heavily concentrated along the Snake River in Idaho to help with hydroelectric generation.

project was moved up. Dennis Keller wasn’t present and a man named Roger Reynolds of Summers Engineering spoke. He showed photos of gates and gate parts made  in Seattle out of stainless steel. There were other photos of structures resembling the monolith in the movie 2001. This was part of the check structure if I understood correctly. There were problems earlier in the year with High on Speed Rail hogging the available concrete but that has eased up some. The turnout was deemed complete and the board authorized a progress payment. Someone asked Reynolds if there was any danger of theft since the gates were not behind locked gates. It was conceded there could be a possible slow speed theft if the bad guys had a crane, a lowboy and an identical gate structure they could fence it to.

Turns out Keller was there at least his voice was present – it was kind of difficult to see for sure. He reported on the Hannah Ranch Friant Kern Canal turnout. He said that project will be completed before the next meeting in January so the board approved the notice of completion and another progress payment. Keller said some of the problem is additional gates and parts needed for this project are stuck in the supply chain somewhere in China and offshore in Los Angeles. Keller said this is the first project in Kaweah Delta to use this much made in China material as opposed to domestic sources.

Mills said Larsen has been serving Kaweah Delta for 20-years this month. Good for him. Mills said there was going to be a slide show of his varying beard length over the years after the meeting.

Larsen spoke about reserve funds and how to maximize returns. The interest rates available for public agency investments isn’t usually all that good. However, a financial consultant named Valley Strong recommended a couple of options that didn’t include the crypto kid in the Bahamas. The board moved a few million here and there to some money markets paying three percent or more. The Local Agency Investment Fund is paying under one percent.

Larsen said the only application to fill the empty seat was from Eric Shannon. That proved to be an easy appointment and the board agreed.

Vic Hernandez, Water Master said there was six inches of water content in the snow from the latest storm and there is more rain expected this week. The inflow on the Kaweah River rose greatly and dropped quickly. So far the cumulative amount is above average. This makes me nervous. You may recall last year we got a lot of precipitation, well above average before New Years and ended up with a dry year. This often happens. However, the higher elevation has been cold, well below freezing so what we have should stick.

Keller reported Friant allocations are static. The state’s share of San Luis Reservoir is still down. There is a heavy rain front hitting the coast between Santa Cruz and Pismo Beach today. How much of that makes it over the Coast Range isn’t known yet. The Friant Kern Canal is down at the moment for repairs and everyone is taking advantage to get any canal related construction completed. The FKC will rewater next month, but on a section by section to accommodate both project completion and supply conveyance.

Director Chris Tantau reported on last month’s Friant retreat. A lot of planning was discussed. The FKC repairs is very on schedule despite the rains. Friant didn’t have a meeting last month the board will meet this Friday. Keller reported on a US Bureau of Reclamation Aging Infrastructure loan. This could save on some significant interest costs over bonds.

There is a King Basin being readied for recharge. Staff said the form work is finished and an intake/skateboard ramp has been poured. It’s about 15 acres of recharge along a natural stream channel. Larsen spoke a bit about the Kaweah Oaks Reserve where water was diverted from the creek to meander through the area along natural courses. The creek is called Deep Creek I believe and it is deep with pumps required to move the water to the reserve. In case you are not from this are there are majestic trees but none more so than the Valley Oak. They are glorious. The board was asked to enter into an agreement with the Kaweah Oaks Reserve to allow long term recharge. Tantau asked if KOR is aware of

grant requirements and the work that can be completed. Attorney Aubrey Mauritson said, if I heard correctly this is covered in the agreement’s language. Larsen also added the previous recharge has proven to work well with the cattle already grazing in the area. The subsoil has a good mix of sand and clay. The board agreed.

Larsen said there are talks about land fallowing or multi-benefit land repurposing. He said things are running a little late but there is a chance it can but up and running as a pilot

program in the first part of this year. He said there needs to be more workshops and a few more items to work through. Johnny Gayley from the Delta View Water Association was present and he said the landowners are interested but they need to know more details before they sign up. He said he understands this is a pilot program so things will develop.

With that Mills pronounced it was time to put a fork in open session at 11:05am. The next meeting will be Tuesday, January 3rd, 2023. There were three cases of anticipated litigation in closed session. Go be good to each other.