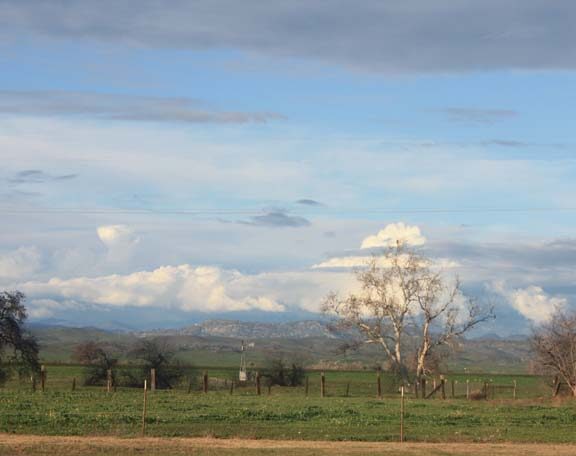 The Kaweah Delta Water Conservation District held its board of directors meeting on Tuesday, October 6, 2020 remotely from its Farmersville headquarters. The meeting was held by GoToMeetings. Its logo looks like an orange cut in half or at least a white asterisk in an orange circle. GoToMeetings doesn’t play music while you wait, thank God. Hold music is mostly on par with avant-garde death metal/rap. The open portion of the meeting is supposed to start at 9:30am. I logged on the computer site and called in by phone to be safe. At 9:40am some robo-chick told me I’ve been waiting in the hallway too long and hung up on me. The computer screen hasn’t changed and shows only me as the only attendee.

The KDWCD board decided to start today’s meeting in closed session at 9:00am, the time it usually starts its board meetings. Now, this happens sometimes when various people’s schedules only allow for a certain time period. But there are some entities who have gone to the dark side and start every meeting in closed session. Here’s why this is bad and worse.

It’s bad for a public agency to start a public meeting in closed session because public meetings are for the public. Most of the public doesn’t work at jobs that allow them to wait until a closed session is over. By the way, a closed session is a necessary part of a board meeting. This is where lawsuits, real or potential, real estate transactions and personnel matters are discussed in private. Obviously an entity would be at a severe disadvantage if it had to publicly giveaway its litigation strategy, negotiations plans to buy or sell or spill the beans on an employee for all the world to see. I know there are attorneys who usually read these reports, am I wrong?

A board has to post the start time of its board meeting and it is supposed to start reasonably on time. If the board schedules closed session first it has to start its closed session reasonably on time. But if things go long in closed session it doesn’t have to revert back to open session at any set time. I once waited for more than five hours for a closed session to end and the open session of the meeting to commence. I don’t usually do that anymore. The process of a transparent meeting breaks down if the public has to sit around in the lobby for very long before the boardroom’s closed doors part and the open session begins. It may be even worse with the remote as there aren’t any living bodies from the public hanging outside the boardroom doors to remind the board this is a public meeting.

Also, an agenda has to state the nature of the closed session items. Today’s item listed two potential cases of anticipated litigation.

At 9:57pm the board went to open session with Chairman Don Mills calling the meeting to order and reporting there was no reportable action from closed session and there was no public comment. General Manager Mark Larsen reported there were no announcements and the consent calendar was passed.

Mills next asked the board to honor Mike Shannon who passed away last August. Shannon had been a director of KDWCD for 51-years. A resolution was passed commemorating Shannon’s service. The guys had some fond memories and it was very evident Shannon will be missed. Following this Mike Chrisman was appointed to fill the remainder of Shannon’s term.

The Kaweah St. Johns River Association board need some new representation. Three KDWCD directors already serve in this capacity. I think they were hoping to swap out with someone else but they all got a first class ticket to serve another term.

Next, Larsen gave an update on KDWCD’s management fee for KSJRA. It cost more to manage during wet years. Larsen said there is a need to increase the annual fee to $271,543 – that’s a two-percent increase after I don’t know how many years at the previous price. The board agreed.

I believe it was Water Master Vick Hernandez who gave the water report. It was difficult to hear him but there was a spread sheet provided to hunt and peck through. It sounded like the long range forecast isn’t good. Hernandez said Lake Kaweah is really dry. Engineer Dennis Keller said the temperature dropped to almost freezing at Huntington Lake. He also said the weather prophet he trust most is up in British Columbia. That guy is looking to a very wet winter from there south through Washington State. That usually means a drier winter for much of California.

Keller continued saying Friant’s Johnny Amaral got on the phone and somehow convinced the powers at PG&E and So Cal Edison to get their folks up the hill and start releasing water from the upstream reservoirs on the San Joaquin River watershed. This is so important because this is the water needed to keep the levels at Millerton Lake high

enough to allow releases to the Friant Kern Canal. Keller said the power utilities didn’t want to start releases while there were boats on the lakes and with the miles of tunnels linking the hydroelectric facilities there were other considerations. The tunnel shafts have to be inspected to be sure they are operational. I apologize, I wasn’t completely clear on the reasons how underground tunnels are impacted by forest fires. But this Creek Fire is a unique experience. Amaral was able to get the water flowing again by gaining the cooperation of the power companies.

funding needed to pay for repairs to the Friant Kern Canal is moving forward. He said that and other consideration appear to be moving along well enough to put the project out to bid before the end of the year. He said FWA will be having a retreat in November. FWA traditionally doesn’t hold a board meeting in November because the scheduled meeting always falls on Thanksgiving Day. He also said the FKC will be dewatered this fall for maintenance.

Larsen said the ASO, Airborne Snow Observatory has a little more money on the credit side of the books. ASO owes some of the water agencies $400,00 for flights that weren’t completed last year and asked if this could be applied to this year’s flight instead of

reimbursing the agencies. That’s about four flights. That sounded pretty good on some levels but there are other things going on. The Creek Fire isn’t the only big burn taking place in the Sierra Nevada forests. There is a complex fire burning in the Tule and Kern Rivers watershed with some fingers reaching into the Kaweah River watershed. That leaves some different topography due to the denuded vegetation. A bare earth flight reading would be helpful. But the program started during the last drought the snowpack that usually lingers all year at the highest elevations had melted. There is also the fact the ASO flights have been scheduled to begin in March and if it is a really dry year there won’t be enough need for all four flights. The board was concerned that rather large pot of money could be used in the meantime. Larsen said the ground truthing of snow pillows and men and mules and helicopters visiting sensor sights have been defunded. He said the flights are very

expensive but the boots on the ground snow surveys have become extremely expensive also due to insurance and the provisions needed like outfit a cabin – it’s a rock and a hard place. Larsen said flying while blind on the amount of available water supplies in the age of SGMA is dangerous. The Army Corps of Engineers operate Terminus Dam and it needs data as well. Keller said information in May and June during a dry year is worthless. But info during March and April is worth, “its weight in gold.” He said the flights are only worthwhile if they are early. That was an informational item so now we know and no vote was needed.

KDWCD is putting in a recharge facility on the Hannah Ranch. Keller reported on construction progress. He said there is a drainage ditch on the side of State Route 245 that has to be cleared to allow some pipeline. It’s tight through there with the Friant Kern Canal and other structures needing to be counted for. Keller said he expects Waterman to get the contract for the infrastructure parts like turnouts and large valves.

Greater Kaweah GSA Executive Director Eric Osterling wasn’t able to attend today’s meeting so Larsen reported for him. He said the GKGSA and the Mid Kaweah GSA are preparing responses to comments received since the Groundwater Sustainability Plan has been turned into DWR. All the data compiled by GEI Engineering has been turned over to Provost & Pritchard. There is some question as to whether or not the current data

management system will be used. Fresno State University is working with the GSAs in evaluating what sensor and monitoring devices. There is a USBR grant available to start implementing some of the monitoring plan. One of the GSAs in the Kaweah Sub Basin has started a Prop 218 Election and it looks like a $10 per acre. It’s a shame board packets aren’t provided as downloadable PDFs and not just agendas. Aaron Fukuda, GM Tulare ID said before there is a RFP released for a water marketing plan there will be an advisory committee formed. He’s looking for victims willing to spend up to three years of their live. Mills commented that Fukuda is pretty young to have learned to present the worst case scenario up front and Fukuda thanked him for calling him young.

The next meeting will be on election day, November 3rd. The meeting adjourned and that was that.

completeness and timeliness of information from Waterwrights.net entirely at their own risk. The opinions expressed in this report are those of the author and do not represent any advertisers or third parties.