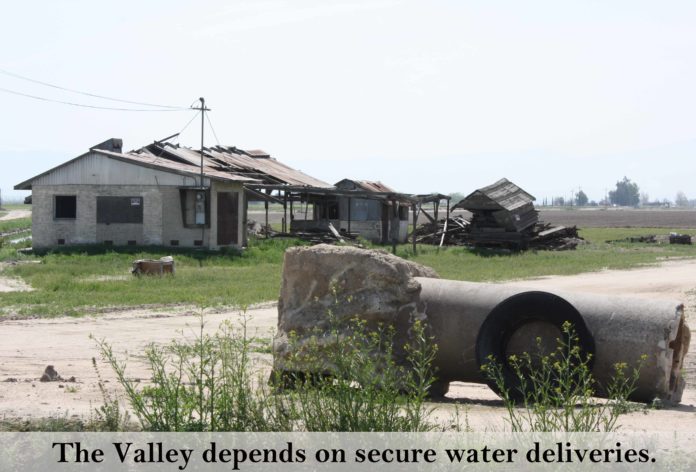 The Kern County Water Agency met at its Bakersfield headquarters on Thursday, August 24, 2017. Before the meeting began some of the folks’ present were talking about road conditions and flying out of the Valley. It takes seven hours to drive from Fresno to Las Vegas. I flew there earlier this summer and from the time I stepped into the terminal in Fresno to stepping into the terminal in Las Vegas five hours had passed. It’s about an hour and half drive from Fresno to Bakersfield so I expect it’s quicker to drive to Las Vegas than fly.

Chairman Ted Page started things about 1:05pm. The meeting starts at noon but it starts in closed session. Under directors’ reports Gene Lundquist praised the Water Association of Kern County and urged everyone involved in the water industry to support WAKC. Under public comment Wheeler Ridge Maricopa Water Storage District General Manager Rob Kunde thanked the board for doing a thankless job. That made them smile and sit up straight for a moment. The minutes were approved and KCWA General Manager Curtis Creel said he attended one of Wheeler Ridge’s California Water Fix workshops and that was a great opportunity for him to get feedback from growers and landowners. Kunde thanked Creel for attending as his growers appreciated the attention.

The Administration and Financial reports were next everything was pretty much normal. The board approved the bills and the ACWA Region Seven slate. The board also approved selling off property that was under tax-default. The board agreed with that strategy.

Brent Walthall said the Water Fix deadline is coming up. He said other stuff but he said it faster than I could type. Craig Wallace reported very little has happened at the State Federal Contractors group but for a new executive officer being in place to replace the outgoing Byron Buck. Wallace said the new guy was good. Sorry I didn’t catch his name. Walthall gave the legislation update and he said there wasn’t much happening this time of year.

KCWA Water Resources Manager Holly Melton said there are now figures for the water banking accounts and the overdraft accounts. Creel reported on the State Water Contractors meeting and he had nothing to report. Wallace reported on SWP and CVP allocations. Lake Orville has about 1.2 million a/f and is releasing 7,000 cfs. The state’s share of San Luis Reservoir is more than a million a/f. The fed share is 745,000 a/f. SLR storage is way above normal for this time of year. Oroville repairs have progressed to placing steel reinforced, concrete slabs. Pages asked Creel how the SWP will get the encroached water out of SLR. Wallace said there’s a meeting next Tuesday to settle the carryover issues. Page asked if there could be a spill resulting in Article 21 Water in December and the answer is yes, it’s happened before.

Staff then reported on water transfers, exchanges and purchases. Rosedale Rio Bravo WSD wants to send Table A water to a banking partner and Cawelo WD wants to exchange its water with Buena Vista WSD for Kern River water. The board OK’d this and other routine transfers and exchanges. Shafter Wasco ID was mentioned in Resolution 2517 allowing Antelope Valley East Kern to move SWP water to KCWA and if I understood correctly that will be moved to SWID. Buena Vista WSD was also authorized to transfer Kern River water to Berrenda Mesa WD. Melton reported on the Kern River and said KCWA will receive more Kern River water this year. Only 170,000 a/f will be allowed as carryover at Lake Isabella.

Melton reported on the recent Kern Groundwater Authority GSA meeting and Dennis Mullins was made the new chair. There is a list of legal issues brought up by the coordination agreement and a facilitator is being sought. There was also talk about evapotranspiration studies. Director Martin Milobar reported after the KGA closed session it was announced Provost & Pritchard has hired former SWP’s Terry Erlewine. Erlewine will replace Eric Averett as KGA manager. Averett is the GM of Rosedale Rio Bravo and they want their manager and secretary Lori Honea back.

Martin Varga, in-house engineer reported he had nothing to report. Melton reported there is no 215 Water left in system for Kern County. Varga said the change orders for the east segment of some work near the Kern River that was filling up with groundwater seepage. That was fixed.