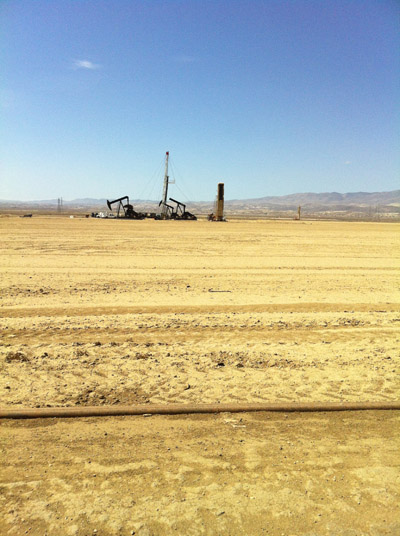 The Kern County Water Agency held its last board meeting of 2017 at its Bakersfield headquarters on Wednesday, December 20th. There were no Christmas cookies as I’d hoped but that was just fine as I had stumbled upon the DM Camp & Sons Christmas party at lunch time. Honestly, I didn’t know this was going on. I had just got gas at the Flying J and had a little time before today’s KCWA meeting so I stopped in to say hello. My accidental timing couldn’t have been better. All of Edwin Camp’s employees, friends and family were gathered in a big barn where antique tractors are displayed and treated to home made tamales and whole roasted pig. What gracious hospitality. And to make things even better as I left to the KCWA it began raining. So, it’s been a good day.

KCWA starts in closed session at noon. The board began wandering out of the back of the building about a quarter after one pm. The first item after Chairman Ted Page called the meeting to order was directors’ forum. It was announced a long time Agency employee passed away. I apologize, but I didn’t get his name.

Administrative committee matters were next and staff reported on the bills and finances and treasury items. The board approved all of these things. A draft 2018 budget was passed and the board adopted a new retention schedule for agency records. The board also contracted with a crane and trucking service for about $30,000. The board was informed of a MOU with the general bargaining units by General Manager Curtis Creel and the board agreed as it did with the middle managers bargaining unit.

The policy committee was next and Creel gave the Cal Water Fix update as Brent Walthall wasn’t present. There wasn’t really much to say and he also had as much on the State and Fed Contracts Water Agency and the update on legislation. One gets the feeling folks would like to get home sooner than later.

Holly Melton reported due to the good rains during 2017 the agency could get a record recharge. At least I think that’s what she said – the board dug it whatever it was. Creel reported on the State Water Contractors and said there have been success when working with the DWR. He sees some good headway working with the Hallmark Group in monitoring expenses. The Hallmark Group is the outfit shepherding the California Water Fix’s Delta Tunnels. Craig Wallace has been representing KCWA on the SWC and he has been reappointed by the board.

Creel reported very little precipitation has occurred in California so far this year. He reported San Luis Reservoir has lost a lot of water since October. The forecast shows the Northern Sierra with no clear idea. The Southern Sierra is expected to be dry. There will be an update but not until tomorrow.

Melton reported on last month’s Kern Groundwater Authority meeting. She said the KGA has found a way to spend as much grant money as possible.

Engineer Martin Varga had nothing to report on water banking. Hydro-graphics were given and they were either wet or dry or up or down. There us some improvement. For years, it seems, the Pioneer Project has been operating under an emergency action. Evidently its been healed as staff told the board the emergency is no more and the board agreed. The monitoring wells needed a consultant and the board agreed to hire Richard C. Slade & Associates LLC. The board adopted a resolution for this very thing to happen.

Dave Beard reported on the Kern Water Bank meeting and he didn’t have anything to report. However Varga reported KCWA has been using On-Site Technical Services on the Cross Valley Canal work. He said this is a good thing for the agency and asked to retain them. Approach Channel is another consultant hired.

It was then time for me to leave.