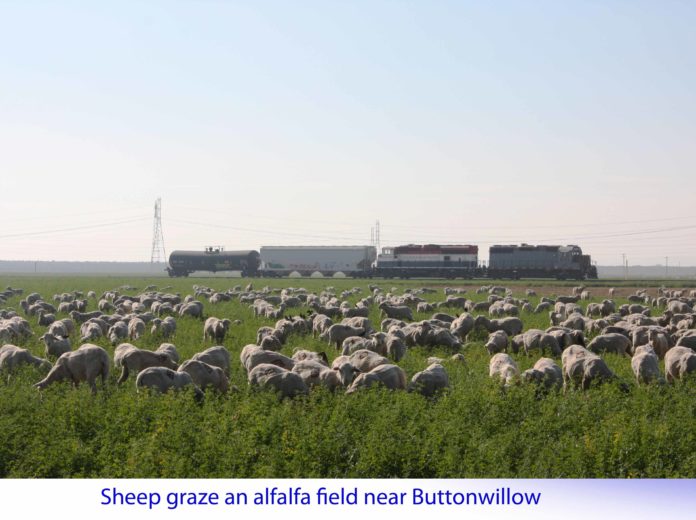 The Kern County Water Agency met on Thursday, March 22, 2018 at its Bakersfield headquarters. They have a nice headquarters. I may have jokingly referred to it as opulent at one time or another. But it is nice; it even has a private lake. I discount the rumors it’s stocked with breeding smelt. Another water feature is the men’s room. Always clean and well stocked with soap and paper products. So, there’s an attention to detail that pays off in goodwill from the public. It does make me wonder, however, who came up with the automatic paper-towel dispenser? Does the extra cost of wiring a small electric motor to the wall justify not having to touch the same handle as everyone else? I don’t know but Chairman Ted Page just called the meeting to order at 1:34 pm with nothing to report from closed session.

The directors’ forum was the first item and the Water Association of Kern County’s recent event was very successful. WAKC’s Beth Pandol’s ears would be burning they talked about her so much but everything said was so positive she should be proud.

During public comment Director Gene Lundquist invited Sheridan Nickols, Assistant General Manager Wheeler Ridge Maricopa Water Storage District to speak about the recent California Farm Water Coalition meeting. Nickols chaired the CFWC meeting as vice chair and Lundquist is on that board. Nickols said he thought this might be the first KCWA meeting without a Wheeler Ridge speaking out in public comment. But Nickols reported the CFWC is going strong and Los Banos area farmer Bill Diedrich is the new chairman of that organization. General Manager Curtis Creel didn’t have anything in his report that wouldn’t be covered in more detail in this meeting.

Page said Director Bruce Hafenfeld opted to stay at his ranch up in the mountains near Lake Isabella as he was concerned due to the weather he wouldn’t either make it down the hill or back up the hill if he did make it down. So Page took over the Administrative Committee report. Staff reported on financial matters.

Director Martin Milobar had Brent Walthall give the policy committee report and Walthall said the California Water Fix time has had very little change. Walthall said he co-worker Craig Wallace skipped today’s State Water Contractors Association meeting report because his wife gave birth today. Walthall reported on trailer bill language that very much resembles last year’s SB 623 that has garnered wide opposition for putting yet another tax on water users. Director Michael Wulff said he’d like to see the bill split in two, one side urban and one side ag. He is opposed to taxing one of the mainstays of life – water. The bulk of the funds, $100 million, comes from the urban payers said Lundquist. He hopes ACWA can come up with a

Director Royce Fast had Holly Melton give reports on the Water Policy Committee. Melton said after 16-years Laura Kimm will be leaving the agency. Page said he has never once heard a bad word about Kimm or her work and she was applauded. Good for her. Melton reported on overdraft correction and Kern County has an estimated one million a/f overdraft and was able to recharge more than 400,000 a/f this past year. Creel reported the State Water Contractors hired a couple of new scientists. They will be studying the Yolo Bypass. This area has been identified as a key area for both smelt and salmon.

Creel updated the board on the state’s hydrology. While things have improved this month someone from DWR announced there is no hope of attaining even a normal year. So the State Water Project allocations will not go up at this time. Oroville and San Luis Reservoirs have a little more water in them; although Oroville gets its water from runoff and SLR is off-stream storage. Creel said the long-term forecast through April is weighted to below average and from then on out it’s heavy weighted to below average. It’s expected to be dry. Regular attendee Dennis Fox asked how the water content of snow is determined. Creel said snow pillows weigh the snow above it and that can help estimate the water content when the depth is compared. I guess heavier snow has more water.

Melton reported on water transfers. Tejon-Castac WD wants to transfer 1,000 a/f of SWP Table One water to Berrenda Mesa WD and the board approved. Melton gave a Kern River report and it was so short there isn’t anything to write. She also reported on the last Kern Groundwater Authority meeting but she wasn’t there so Royce said about all that happened was a talk about special activities.

Director Phil Cerro heads the Water Management Committee and district engineer Martin Varga said while the KCWA had been recovering at full tilt DWR asked it to stop today. There is some electrical problem that has to be dealt with and since it’s been so wet the past couple of days that should work out OK. The board looked at some hydrographs and authorized a notice of completion for the monitoring wells on the Central Pioneer Project. A member of the staff I don’t recall seeing before asked the board to authorize a change order to the chain-link fence for $0.00. The board went for it and through in a notice of completion while doing so. Dave Beard reported on the latest Kern Water Bank meeting. He told the board there wasn’t anything to report that wasn’t in his written report. The board bought it. Melton said at 10:00 am on April 3rd there will be a celebration at the Lake Isabella Army Corps of Engineers offices. I’m not sure what the shindig is all about. Lundquist said someone from KCWA should show up. Trent Taylor reported on the Cross Valley Canal and said as of today it is only deliveries to the treatment plant. That was about it for this meeting of the KCWA.