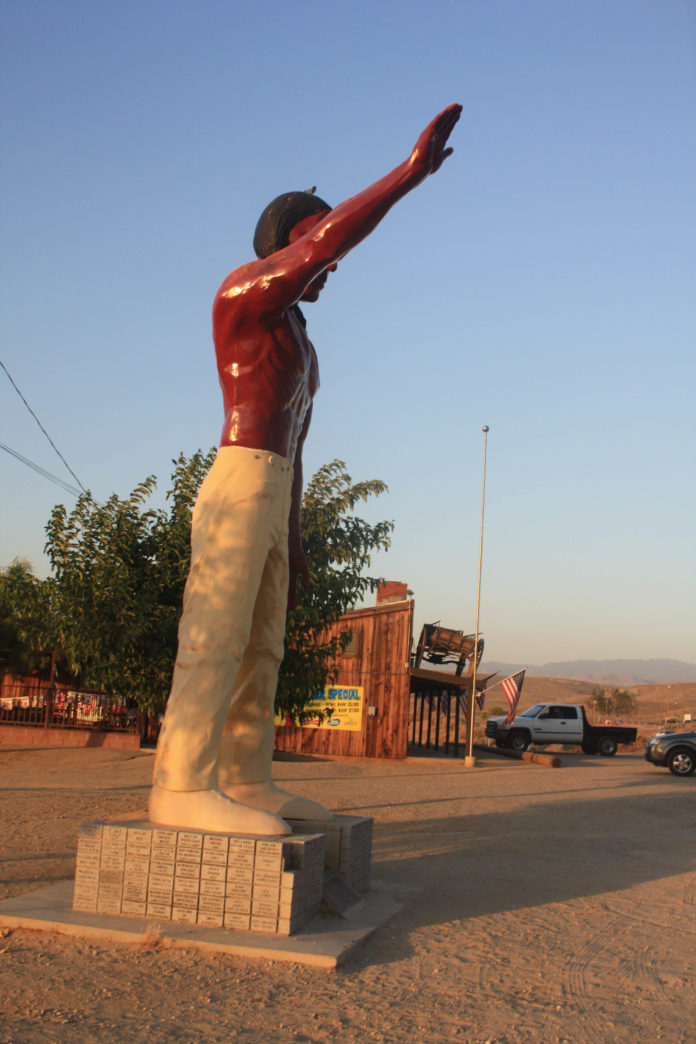 The Kern Water Bank Authority held its Monday, April 9, 2018 board of directors meeting at its Bakersfield headquarters. On my way to the meeting I stopped into a local eatery for a gustatory repast. Easily the loudest dinning experience I’ve encountered in recent memory. There was a youngster – not sure how old but still wearing diapers and unable to form complete sentences – who plopped his Pamper padded butt down on the floor by the soda dispenser and let out a squall like the whine of a turbojet piped through Ted Nugent’s amp. Grandmothers were cringing and covering their ears. All the while the boy’s mom, I think it was a boy, smiled and laughed like it was the cutest thing.

Chairman Bill Phillimore called the meeting at precisely 3:00 pm. The minutes were approved and the oral, audit report commenced. I long ago gave up trying to give audit reports blow by blow coverage. It was a clean report and the KWB staff was praised for their hard work. Since the board received the report only two days ago Phillimore left the comment period open for two-weeks. I had to comment on CPA Andrew Paulden’s* report. It was beautiful. Concise, under five-minutes in length and I highly recommend him to any of the districts whose audit reports I have sat through. I partly blame Phillimore’s influence on KWB meetings staying on topic.

News update, I’ve been referring to Danelle Lopez as Danelle Scott, I’m sorry. Lopez gave the treasurer’s report and the accounts payable report and the board approved and paid its bills.

General Manager Jon Parker started the staff report by saying 7,600 a/f was recovered in March while 12,000 a/f was recharged in January and February. Since 2012 more than 593,000 a/f has been recharged into the bank. Parker expects more than 100,000 a/f will be recovered by the end of the year. He said Buena Vista WSD is building pounds to the northwest of the bank. Capital projects from 2017 are wrapping up according to Superintendent Nick Torres. The total budget was $4 million and so far only $1.2 million was spent. Which is a good thing since some of the projects went over in the five and six digit categories. There is a trestle turnout that will cost half a million bucks by itself. Arsenic remediation was a concern for a couple of wells. But the amount of recharge has negated the problem – through dilution I suppose.

Parker showed the board how to increase recharge basins by 1,100 acres without harming the proposed bike path. Perhaps more importantly without decreasing the KWB’s sizable habitat investments. The talk then shifted to sediment. Parker said the Nickel Power System on the Kern River is up for sale and the problem is the KWB’s power needs don’t match the production schedule of the power plant. Phillimore said it is very important for KWB to keep an eye on power. Parker said cattle are moving back into the central portion of the bank as the recent rains have really spurred growth. Parker also went over the Pastoria agreement. This mysterious agreement pops up every now and then but not enough for me to figure out what it is. It has something to do with 25,000 a/f of non-trust and 15,000 a/f of trust water.

Parker next updated the board on SGMA and he said Kern County wants KWB to absorb a small parcel owned by Chevron into its GSA. He has been warned repeatedly not to do so. It might be a wise move for the KWB to just buy the parcel from Chevron to prevent consumptive usage of the land. Of course, the bank wants to indemnified for any environmental hazard that could surface in the future. The Kern Groundwater Authority is looking at an over-arching document for inclusion in the GSP to cover the diverse types of water banking in the sub basin. Director Bill Taube said he’s gotten half way through the 60-page legal summary from the various water attorneys in Kern County. Parker said attorney Ernest Conant has a six-page version of the highlights. KWB has 200 structures on the bank. A gate costs $12,570 per structure for material, a weir $8,370. If the KWB installs them its $2,800 per structure. Lyles Construction will charge $42,000 per structure. Phillimore suggested now there is more data staff prioritize the projects and come up with a cost estimate. After all it is April and the 2018 budget would be a nice thing to know. Also, how long with the 200 structures last? Parker said he thinks by the end of June the analysis and design for the west to east canal flow project. Phillimore encouraged him to do so. The meeting then went into closed session, for what could be a long discussion behind closed doors.

ALL RIGHTS RESERVED.  Copyright 2018 by Don A. Wright   No part of this publication may be reproduced, stored in a retrieval system, or transmitted in any form or by any means, electronic, mechanical, photocopying, recording, or otherwise, without the prior written permission of DAW.  *Paulden can be reached at Brown Armstrong CPAs 4200 Truxton Ave, Ste 300 Bakersfield CA 93309 661/324-4971.