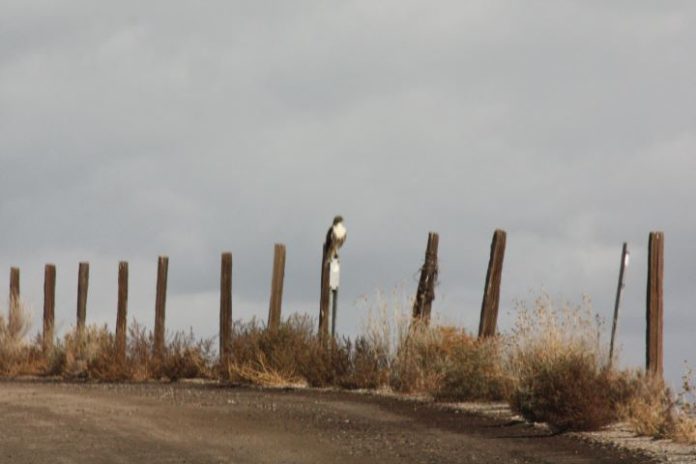 The Kern Water Bank Authority held its Monday, July 9, 2018 board meeting at its Bakersfield headquarters. There must just be trashcans full of cash falling on someone somewhere. Two cases in point: Director Dennis Atkinson gets up to Alaska now and then. Before the meeting he told a tale about how the ultrarich hire ships to transport their yachts from Alaska to the Caribbean during the winter. That struck me as luxury. The other case is the contents of an envelop my wife recently received. We overpaid her Medicare bill and I kid you not – the feds mailed her a check for $0.19. That struck me as a luxury provided by the tax payers.

Well the tension in the room became palpable as the second hand crept towards three o’clock in the afternoon. On the dot Chairman Bill Phillimore called the meeting to order and before I finished typing this sentence the minutes were approved. Treasurer Danelle Lopez gave her eponymously named report and the board approved it as well as paying the KWB bills.

KWB is a part of the Kern Groundwater Authority GSA. The board had to weigh its participation in a Special Activities Agreement #4 subcommittee. General Manager Jon Parker explained the KGA bylaws require this be taken up at the home board level. Since Directors Bill Taube and Kim Brown are the KWB representative and alternate they won that prize. Next the board also considered authorizing an agreement for pre-tax collection of employee health insurance. The board was happy to so without discussion.

Water Bank Habitat Conservation Plan/Natural Community Conservation Plan to allow the proposed bike path next to the water bank. This actually slightly altered the 2016 Monterey Plus Revised EIR. The board approved this also.

Parker reported only Wheeler Ridge is recovering water from the bank at this time and there was no word how long this will last. In all the recovery rate has been about 3,000 a/f per month. This low amount of pumping has caused water tables to rise. Parker reported Rosedale Rio Bravo WSD is building ponds on the north side of the bank and that could allow Cross Valley Canal water to move into the area. In other news four wells have been rehabilitated, recharge facilities repaired and a turnout at a trestle near the bank. The IRWMP Project is wrapped up but for some administrative paperwork. The 2017 maintenance and capital projects could yield a $900,000 bonus by coming in under budget. There are

probably 700 or more head of cattle eating away the weeds. Wouldn’t you love to get on a horse and just ride around out there? Staff is working on replacing recharge basin control structures, road crossings and siphons. There are other items being addressed as well. There is a feasibility study looking at basin improvements, new basins, a pipeline pump station and KWB Canal a new basin lift station. Director Will Boschman asked how many acres of new basins are being planned and Parker said 1,100 acres. Final estimates could be completed as early as next week. Parker wanted to show some photos but was having a difficult time bringing them up. Phillimore asked if this was just a way to get a new server. It was actually – surprise – a Windows update mucking things up. We never did get to see the photos – thank you very little Bill Gates.

Parker said the KGA Executive Officer Terry Erlewine will be taking folks to Sacramento to show DWR staff the uniqueness of KWB’s banking program. Since DWR put the program together one expects DWR to accept it as reasonable for SGMA. Parker gave a report about water birds on the bank. There were 25,000 or more water birds and the dissolved oxygen level in the ponds is so good there is almost no threat of blue green algae causing botulism. George Cappella asked what could be done if blue green algae blooms break out, and the answer is aeration. The meeting then went into closed session.