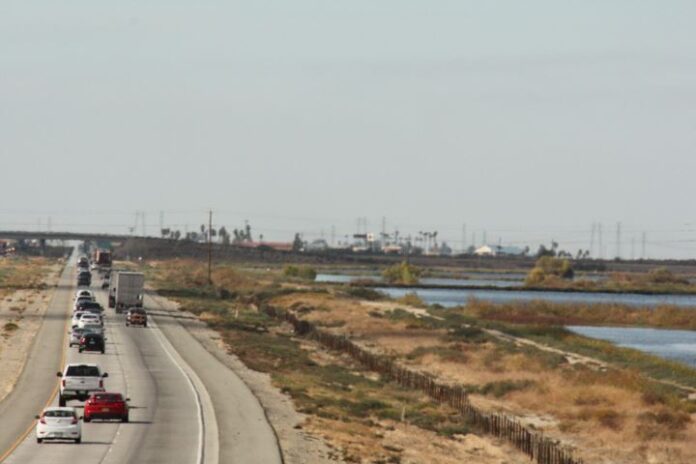 The Kern Water Bank Authority held its board of directors meeting on Tuesday, November 3, 2020 remotely from its Bakersfield headquarters on Microsoft Teams – easily the crappiest meeting service out there. However, not so crappy I’m willing to pay for KWB to use Zoom. So I called in by phone and I’ll guess who says what. Fortunately this is an entity I’ve been attending in person for some time and believe I can guess fairly accurately who’s who by the sound of their voices. After all we’re really reporting on people and what they do with water. That reminds me of an ad I saw in a magazine somewhere. There was a photo of a family walking up a long driveway to a country house. Dad, mom, two kids and a large shepherd dog. The caption was, “Can your home security system tell the good guys from the bad guys even in the dark?” It was an ad for dogs I guess, I don’t remember but it impressed me. I may not be able to tell the board and staff members apart in the dark but I’ll do my best to tell their voices apart.

Chairman Bill Phillimore must have called the meeting to order at the advertised 3:00pm start time. I was surrendering my attempts to get on Microsoft Teams and calling in at that time so the first thing I heard was the roll call. The minutes were approved and controller Danelle Lopez gave the treasurer’s report and successfully urged the board to pay its bills.

Lopez had to go through a roll call vote for each action item motion and it sounded like Sheridan Nickels, General Manager Wheeler Ridge Maricopa Water Storage District suggested establishing a consent calendar. If that happens the already relatively short KWB meetings will really be fun. I’ll get to tell many stories about pithy ad captions and share my opinion on Microsoft to round off the length enough to fit all the ads on the page.

General Manager Jon Parker presented the board with the 2021 general administration budget. He said it looks like a capital projects assessments need of about $3 million. He said if this shapes up to be a dry year, putting pressure on extended well usage, there could be more need for repairs. Phillimore mentioned collecting the 2021 assessment in two payments, January and July. By July the type of water year and thus how much expenses charged to assessments will be decided. Parker explained how the KWB has a revolving loan and a term loan in the millions of dollars. Phillimore and Parker talked about the types of loans and somehow that morphed into a reconciliation of 2019 unexpended fees. The board approved both.

KWB has a plan called Project Recovery Operations with the Kern County Water Agency, Rosedale Rio Bravo WSD and the Pioneer Project. Parker asked the board for an amendment to extend this plan for another two years. I believe it was two years. The board agreed.

Parker said the next regularly scheduled meeting will be December 1st and he’ll be traveling. Lopez said they can handle the disbursements and payment of the bills. Phillimore said he’s open for cancelling December meeting and no one spoke up. He asked if the absence of comment equated approval for skipping on into the next year without another meeting. And no one spoke up. Finally a motion was made and they won’t be seeing each other again until 2021 at least in a board context.

Parker next gave the reports saying our old friend the bike path is being constructed. It appears the path goes under Interstate I-5, a kind of tunnel. It appears there may be standing water in the tunnel during the winter and be prepared to be splashed.

Superintendent Nick Torres spoke about construction on the two pump stations going near either the Cross Valley Canal or the Kern Water Bank Canal by mid-December. There is other maintenance taking place and apparently there was some heavily corroded corrugated pipe pulled and replaced at the last possible moment. Parker reported cattle grazing has been steady. One of the utility companies have buried their gas pipes under additional dirt as they were too shallow.

Parker reported the Kern Fan Monitoring Committee didn’t meet last month and won’t meet again until next year. That was pretty much it. Phillimore said they expected a long closed session.