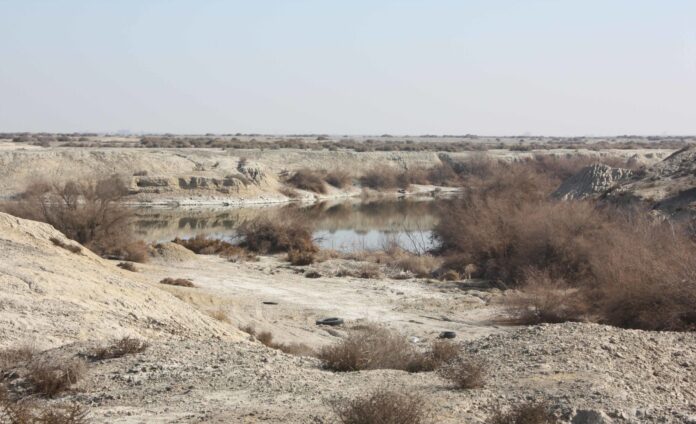 The Kern Water Bank Authority met on Monday, October 9, 2017 at its Bakersfield headquarters. Driving into town it looked like a very large fire was burning near the location of the Kern County Water Agency headquarters. The air quality was pretty smoky in Bakersfield and it was breezy. Chairman Bill Phillimore called the meeting to order at 3:00pm, a much more civilized time than the previous 7:00am. The minutes, treasurer’s report, payment of the bills and the 2018 general-administrative budget were approved.

General Manager Jon Parker reported the Cross Valley Canal has had three pump failures at two pump stations. The Kern Water Bank Canal is making maximum deliveries to the ponds. All the pumps and lifts are at full capacity and there is 80 cfs delivered to off site. I believe there is 140 cfs going into the California Aqueduct. Parker said there needs to be a study to find out how CVC demand could be transferred to KWB Canal. Bill Taube said part of the problem is the operations follow low peak times to save money on energy. That will have to be taken into account. Phillimore suggested Taube and Kim Brown join Parker on a committee to sort this out and report next month. There are vortex issues on the CVC pumps and they are newer. Parker said the old stuffs looking fine.

Next Parker said there was 2.5 million a/f of recharge and 1.5 million a/f of recovery on the water bank. To get more water into the ground will depend on CVC capacity and the all the ponds could be full through the end of the year. As of last month the groundwater levels are trending up, meaning there is more water going underground. Eleven pond turnouts have failed and a total of 25 will need to be replaced after recharge ceases. Routine maintenance is continuing. The estimated costs to keep things in shape will not come cheap but from what I could tell the board and staff believed it will be financially doable by scheduling wisely. This could be a five-year program to spread the millions of dollars over time. It was reported 140,000 mosquito fish were released and Phillimore wanted to know who counted them. I appreciated that. In fact Parker reported the Kern Race Way hasn’t complained about bugs at all so far this year.

So far this year $1.8 has been spent on well replacement and another $480,000 on well rehab. There are no cattle on the water bank unless a stray got away during roundup. There is a proposed art project to run along side I-5 depicting the use of water in Kern County. Someone said put up a billboard of Phillimore duck hunting. Attorney Ernest Conant has some involvement as judging which object d’art will make the cut.

Parker reported the Kern Groundwater Authority GSA is now gearing up for GSPs. David Beard said task orders are being developed. The KGA GSA’s coordinating committee meets at the same time as KWB.

Under the last open session item Phillimore said there will be a big party on the Water Bank later this month to celebrate the 20th anniversary. There will be congressmen, potentates from the agencies and it could be a very big deal. Phillimore urged everyone to get the estimates of the number of people that are coming or should be invited to Parker. It looks like it’s shaping up to be a good time.