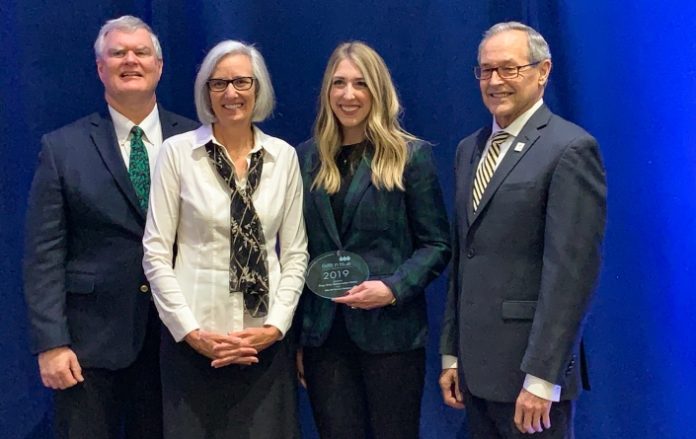 The following is a press release from ACWA about the Kings River Conservation District winning the Huell Howser Best in Blue Award at the recent Fall ACWA Conference in San Diego. I don’t think the release went far enough. It didn’t mention the amazing amount of effort and missed family time put in by the KRDC staff. For instance; the accompanying photo has a picture of two unnamed slightly familiar looking guys and Cristel Tufenkjian and Rebecca Quist, also unnamed but I know who they are by sight. If you’ve gone to Riverdale, Lemoore and Kerman for Groundwater Sustainability Agency meetings you’ve seen Tufenkjian and Quist. At first I was going to title this report “Local Girls Make Good”.* But most likely you’ve also seen KRCD’s Brian Trevarrow and Randy Schilling helping the GSAs with outreach and technical guidance. So there were guys helping too. Congratulations from WaterWrights.net for this recognition of a job well done.http://krcd.org/kings-river-conservation-district-wins-2019-best-in-blue-award/

The campaign secured 5-Year budgets for the three GSAs while increasing transparency between the agencies and their landowners.

The award honoring exceptional communications and outreach programs developed and run by California water agencies was presented during the 2019 ACWA Fall Conference and Exhibition in San Diego on December 4, where water professionals are gathered for programs and panels on California’s critical water issues.

*See how I still slipped in a politically incorrect statement?