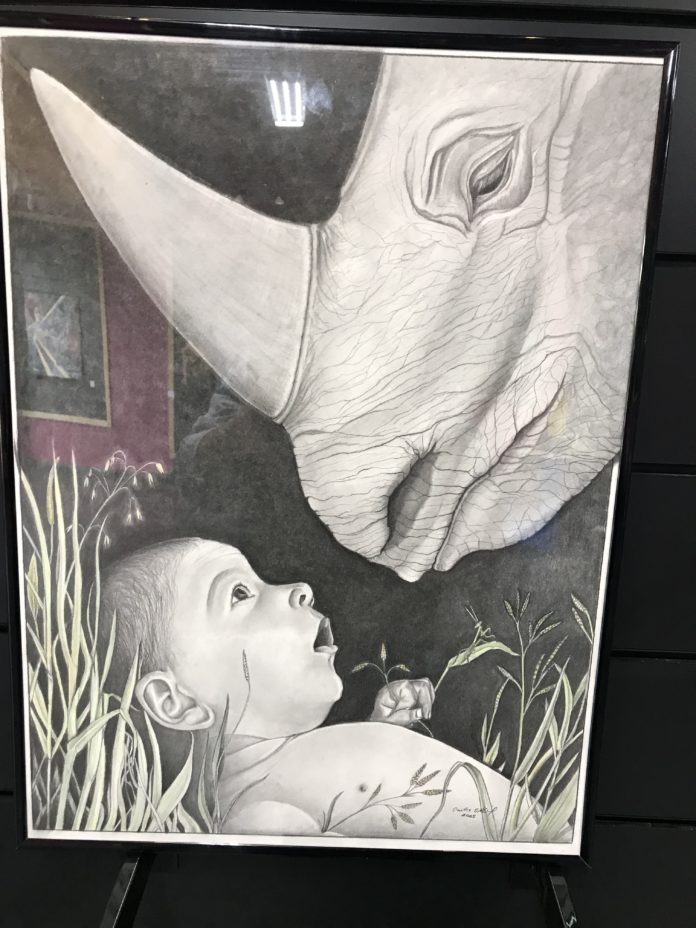 The meeting was called to order in person at the MID offices at Road 28 ¼ in Madera and via Zoom at 1:00 p.m. by President Jim Erickson. The roll call showed that all Directors except Brian Davis were present. There was no public comment on the executive session agenda and the Board went into closed session. That agenda listed two anticipated and three existing items of litigation as well as a personnel performance evaluation for the board secretary / executive assistant, Andrea Kwock Sandoval.

Coming out of the session 2:03 p.m., President Erickson said there was no reportable action. Looking ahead to the open meeting agenda, Director Rick Cosyns said he had a conflict of interest with one item regarding riparian water rights to be considered since his property was one of several involved.  The public was invited to comment on the open session agenda with the guidelines announced but there was no comment.

The group then adjourned as the MID Board and was called to order as the MID GSA Board. A proposal to buy property had been put out to the public and Assistant General Manager Dina Nolan reported lots of interest. The deadline for the public to respond is Nov. 18. Parcels will be considered at the Dec 15 regular meeting. Full details for interested property owners can be found on the MID website.

The state has accepted the Madera Subbasin Joint GSP and public comment began Oct. 9 and continues to Dec. 23.

At 2:08 the GSA meeting was adjourned, and the MID Board meeting was reconvened. The consent agenda was adopted which included meeting minutes, bill payments amounting to $1, 331,786.11, acceptance of the monthly financial reports and the approval of the sale of surplus equipment, including four Ford trucks. The consent items were approved unanimously.

Controller Jennifer Furstenberg gave an overview of her department’s activities and announced an  upcoming budget meeting on Dec. 10. The hope was expressed by President Erickson that there would be plenty of water in it!

HR Administrator Tanesha Welch said that an operator position is open and there is a lot of interest in that job. While the job application is available online, the forms need to be turned in at the office or mailed as a hard copy so there is an original signature. She also covered COVID-19 research, updates and compliance, open enrollment and benefits administration, and district policy and program updates.

Charles Contreras, Operations and Maintenance Manager, gave the detailed engineering report with the usual long list of repairs, capital improvements, replacements, leak repairs and maintenance activities including some photos to illustrate the work. All the details are included in the meeting material provided for the Directors who take special interest in this work, asking questions and making comments. The amount of infrastructure needed for efficient management and delivery of the District’s water supply is truly impressive.

In presenting the General Manager’s report, Tommy Greci noted that on Dec. 3 there will a virtual legislative tour highlighting activities in groundwater management. The Centennial celebration was a great success with, fittingly, approximately 100 people attending in 100-degree temperatures, held at the San Joaquin Winery. Guests were carefully scheduled so social distancing could be maintained and a variety of posters and displays highlighted MID’s contributions to the ag community past and present. Congressman Jim Costa had provided an official citation recognizing the anniversary. Copies of the History book were available and its author, Jeff Crider, was on hand as well.

Board members agreed the event was a success. Director Carl Janzen praised the work of Andrea Sandoval for her contributions to both the History book and the planning and execution of the event itself.

General Manager Greci also said that he and representatives of the Madera-Chowchilla Water and Power Authority, the Bureau of Reclamation and the engineering staff toured the Madera Canal on Sept. 23. Some 40 maintenance and repair projects were identified that would be undertaken.

At an earlier Board meeting, an agreement had been approved with the Gravelly Ford Water District to annex into MID a parcel of 412 acres of land owned by MID that had been within the GFD boundary. To complete the transaction, MID granted easements to GFD for access to a pipeline running through the property, one temporary for a construction project and one permanent. The MID Board approved the easements unanimously.

This same property transaction would reduce tax revenues for the County of Madera, so the MID Board unanimously approved an agreement with the County to provide offsetting payments for a period of ten years.

Two more items of new business concerned administration of riparian water rights on the Fresno River for some 14 farming entities. For several years, MID has worked with these farming operations regarding their riparian rights to water from the Fresno River released from Hidden Dam, when it was available. The District found this work administratively time consuming and politically difficult while providing no revenue. So, in 2018, MID petitioned the State Water Resources Control Board to take over this work, in a process called “adjudication.” It is expected it will take several years for this process to be completed

During the time the state takes to get involved, MID continues with this work following plans detailed in two documents, Fresno River Operations Protocols (FROP) and Fresno River Allocation Model (FRAM). These documents are posted on the MID website to provide full details to affected rights holders and the public.

For 2021, the FROP and FRAM will be like the current year and the directors moved unanimously to approve them. As one of the affected property owners, Director Cosyns did not take part in the discussion or the vote, having previously disclosed this conflict of interest.

The meeting moved next to reports from Directors. Rich Cosyns said he was pleased with the Centennial event and happy to see work being done on the canals which are now dry since the season is over. He said it is amazing to see the amount of sediment on the bottom of some of these waterways. Director Janzen reported on attending via Zoom a meeting of ACWA (Assn. of Calif. Water Agencies).  He found the four speakers very

informative but missed opportunity to ask questions and learn from other attendees as can be done at an in-person meeting. Director Dave Loquaci noted that he had been reading a lot on SGMA and the work of GSAs to capture and percolate flood water. He said, tongue firmly in his cheek, all we need is 197 feet of snow every year and they’ll be able to meet their goals. He feels there is too much reliance on snowmelt… all counting the same water. In his opinion, local control is good but there should be more interaction among subbasins and GSAs. Nobody wants to call out the “elephant in the room” which for him is this notion that everyone is including the same water in their plans.

By appointment at 2:45 p.m., Bryan Griffith of the Cornerstone Advisory Group, a financial planning and administration outfit, met with the Board who were acting as trustees for the 401k and 401a employee benefit plans. He gave the annual fiduciary report, explaining that the 401k plan is frozen and all new funds for employees are going into the 401a plan, as previously approved. As employees retire and pull their dollars from the 401k, it will gradually be reduced and then eliminated. He presented detailed information about the performance of the various investment funds. On the recommendation of Cornerstone, the Board approved the elimination of three funds and the addition of three new ones.

Griffith said that all current eligible employees are participating in the plan, a fact appreciated by the Directors. He has been answering employee questions helping them determine the appropriate mix of funds based on their ages and investment preferences.

The mix of funds offered will be the same for the old 401k, the new 401a and the District’s 457 plan. Also, employees of Madera-Chowchilla Water and Power Authority, now administered by MID, will have the same opportunities.

To finish up the agenda, Director Erickson reported on the Friant Water Authority meeting he attended in person. The key question concerns options for funding the Friant – Kern Canal repairs. He also noted that he too enjoyed the 100-year celebration.

At 3:22 p.m. the Board went back into closed session, coming out at 3:53 p.m. with no reportable action and then adjournment. The next regular meeting will be Dec. 16.